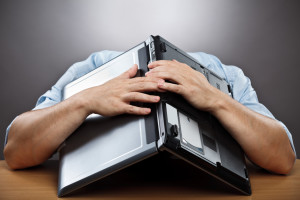 If US mutual funds and other registered investment funds feel relief they have been spared from the cumbersome rules for systemically important financial institutions, they may not for much longer. Hefty new disclosure requirements are on the horizon, if the US Securities and Exchange Commission has its way.

Although the SEC is seeking industry input before finalizing any rules, regulatory reporting experts are warning buy-side firms to prepare for the worst. They shouldn’t assume that meeting the current requirements is any guarantee they can meet the next wave. Current forms N-Q and N-SAR would be abolished and new requirements would include a new monthly N-PORT report on holdings and amendments to Regulation S-X requiring derivatives disclosure on company financial statements.

Comments to the SEC’s proposal, published in the Federal Register on May 20 can be submitted by July 19.

“The new N-PORT will be a monthly requirement and it won’t be easy to turn the data around that quickly,” explains Gary Kaminsky, managing director of the global regulatory and compliance practice at New York based regulatory reporting firm Concept One. The reason: the data required is quite extensive and similar to what is required on Form PF, the documentation that SEC-registered private fund advisors must periodically file with the SEC. The only difference of importance to fund complexes: they, rather than their advisors, will be legally responsible for doing the work. That leaves their board of directors holding the bag. About 16,619 investment funds representing more than US$18 trillion in assets under management are registered, says the SEC.

Just what does the US regulatory agency want included on N-PORT reporting? The list of information looks like everything but the kitchen sink. Instead of having to report simply on position data through a quarterly form N-Q, mutual fund complexes might have to provide monthly information in Form N-PORT on exposure to derivatives and risk. The reports would include a risk metrics that shows how holdings would respond to changes to interest rates, credit spreads and asset prices. What’s more, the public would have access to every third month’s report albeit on a delayed basis –sixty days after the fund’s fiscal quarter ends.

Another new annual form called N-CEN would replace the current N-SAR form filed semi-annually by mutual funds and annually by unit investment trusts. The new form would include much of the same descriptive information about the fund as N-SAR, yet add significant disclosures which could raise red flags for investors. Those include information on whether an open-ended fund had to adjust payments to shareholders or reprocess accounts due to a mistake when calculating the net asset value, or whether a second opinion from an external accountant differs from the standard unqualified one. If it does, it means that the accountant is missing information such as a statement of cash flows, or is concerned about whether the investment company followed generally accepted accounting principles or gave sufficient disclosure about certain investments.

One more bit of information which mutual funds may also be forced to reveal involves securities lending, a potentially high-revenue generator which global regulators have highlighted as part of shadow banking activities requiring greater oversight. Instead of disclosing the bare minimum on registration statements, mutual funds would now need to disclose the name of their counterparties and the value of all securities out on loan to each counterparty on Form N-PORT. They would also have to reveal separately on Form N-CEN whether they have lent securities during the reporting period, whether any borrowers defaulted on returning the securities, just who the securities lending and cash collateral managers are, their fee structure and whether they provided indemnification against counterparty default.

The SEC’s move comes in the wake of criticism from the Federal Reserve and others that it has not done enough to stem potential systemic risk in the asset management industry which could arise from widespread investor redemptions. The SEC acted to limit risk of investor stampedes out of money market funds last year under pressure from the Financial Stability Oversight Council (FSOC), a panel of regulators with the power to impose greater oversight on non-bank financial firms. With the ongoing trend in asset management to include bespoke derivative products and other strategies approaching the higher risk level of alternative funds, it stands to reason regulators would be concerned.

In order to sift through any new data quickly and consistently between mutual funds, the SEC is asking for all of the information to be meet an XML-schema rather than the current unstructured basis. Such a change would, defacto, require mutual funds to reformat their data before reporting.

The SEC has also indicated eventual plans for rules requiring mutual funds and exchange traded funds to beef up their internal risk controls and rules, including specific guidance on the use of derivatives and leverage. “The devil is in the details, of course, and any attempt to limit the use of derivatives is sure to generate much public debate, so we don’t expect any significant changes to come any time soon,” explains Jay Baris, director of the investment management practice for the law firm of Morrison & Foerster in New York in a new blog to clients.

In the meantime, the planned amendments to Regulation S-X will require a lot more disclosure about the use of derivatives in public financial statements. The new reporting would include fund positions in open futures contracts, forward and foreign currency contracts and open swap contracts, and the information to positioned more visibly, rather than being buried in footnotes. The SEC will also expect the derivatives disclosure to be consistent with data reported on Form N-PORT.

Fearing they would be designated as systemically important financial institutions (SIFIs) and subjected to stringent bank-like regulations, the mutual fund industry is naturally supportive what they consider to be far easier reporting rules, say mutual fund executives that who spoke with FinOps Report. Mutual fund complexes, such as BlackRock Financial and Fidelity Investments, as well as the influential trade organization Investment Company Institute in Washington, D.C. were quick to offer public statements that they were eager to work with the SEC.

But that may be the public facade of cooperation, mounted to avoid antagonizing the SEC. Privately, operations executives at four US mutual fund complexes are starting to sweat. “The problem isn’t that mutual funds lack the data. It is that it will not be stored in a single application, and may even be stored on paper, rather than electronically. Therefore, getting this information together on a monthly basis is going to require a lot of overtime or a serious data consolidation project,” says one mutual fund operations director.

“Portfolio accounting systems might not have all of the reference data, particularly for more exotic derivatives, nor will they have counterparty exposures,” agrees Paul Soltis, North American market manager for regulatory reporting firm Confluence in Pittsburgh. Such is also the case with information on securities lending and repurchase agreements which are likely to be stored in separate securities finance systems.

Although fund administrators might seem the ideal candidates to save the day, mutual fund boards need be careful about relying on them too heavily. Given their track record when it comes to filing out Form PF, it’s no wonder that some fund executives are thinking twice. “If completing Form PF has been any indication of the quality of their [administrators’] work, it was a mixed bag of results,” says one compliance director at a US hedge fund shop. “If we use them, we’re going to have to be prepared for a lot of oversight.”

Assuming that administrators are willing to take on the monthly rather than annual or quarterly reporting tasks, there is the question of whether they can handle the work  even if they have already been completing the complicated forms required for fund managers by the US Dodd-Frank Wall Street Reform Act or Europe’s Alternative Investment Fund Managers Directive (AIFMD).  Why not? Presumably if the mutual fund reporting could layer over the existing AIFMD or Form PF reporting, administrators would have a leg up in meeting these new requirements because at least thirty percent of the data elements required under AIFMD and Form PF reporting are similar, estimate investment fund compliance specialists.

But such an advantage is unlikely to happen, according to Soltis. “The mutual fund and alternative fund service groups typically work separately and rely on different applications and reporting teams,” he explains. Any work for completing Form PF under Dodd-Frank or reports required for investment managers registering under AIFMD is typically completed by the alternative funds unit, while any reporting for funds following the Investment Company Act of 1940 US is handled through the mutual funds group.

With the need to meet the faster deadlines and heavier data requirements, mutual fund complexes are probably looking at another round of investments in  data aggregation and analytics  “They will need to develop, implement, and maintain a regulatory enterprise risk management (ERM) system for aggregating, transforming and reporting data,” suggests Kaminsky. “The enhanced demands for transparency will require all third-party reporting be aligned to mitigate inconsistent disclosures, based on a repeatable process that can be explained to a regulator, if questioned. The SEC has made it clear that it will slice and dice the data reported to keep its finger on the pulse of the industry.”

Although implementing an ERM may sound cost-prohibitive for all but the largest mutual funds with the deepest pockets, Kaminsky believes that the level of infrastructure can vary based on the size and strategy of the fund. He also cautions that it is also better to be safe than sorry. “It is not the cost of compliance, but the highly volatile and hard-to-calculate cost of non-compliance that must be addressed,” he says. “Such non-compliance will generate exponentially greater costs from regulatory inquiries, portfolio losses and investor concerns.”

The ongoing juggernaut of financial stability reporting is expensive for everyone involved. In this case, the asset management industry may have thought they dodged a bullet when they were spared from the the bank-oriented SIFI reporting regime, but it looks like they are ending up with another one with their name on it.