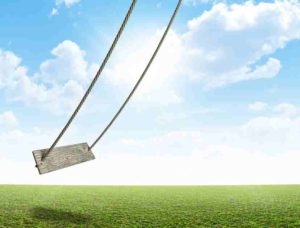 Like it or not, fund managers will have to make peace with the Securities and Exchange Commission’s new investment company reporting modernization program and liquidity management guidelines. They’re going to have to accept doing more to curb their liquidity risk and disclose more about their investment composition.

Oddly, it’s a voluntary aspect of the new SEC rules that is likely to cause the most controversy inside fund management shops. Operations, technology and compliance managers, as well as fund management boards are likely to engage in long discussions on whether or not to allow swing pricing. The SEC has given US registered investment firms, their intermediaries and other service providers two years to figure it out.

In simplest terms, the practice allows fund managers to adjust their net asset valuations to spread the costs of large-scale redemptions. Those costs may originate with the activities of active traders, but be borne disproportionately by the buy-and-hold investors in the fund. The SEC now says that mutual funds can more equitably allocate trading costs during times of market stress with swing pricing.

“We are spending most of our time focusing on the reporting and liquidity management aspects of the SEC’s new rules,” says one operations manager at a US fund management firm. “However, we will have to decide about swing pricing sooner or later. Nobody really wants to talk about it right now.”

His stance represents the consensus view among ten registered investment fund managers that spoke with FinOps Report. Why are they avoiding this discussion?  For one thing, swing pricing of the net asset value of the fund is not as simple as a pure mathematical alteration. To even create a policy, the fund manager must decide if the cost of implementing swing pricing is worth the benefit to investors. Then the swing threshhold would have to be determined and the swing factor of how much the NAV will be altered.

Ultimately, swing pricing alone can increase transaction costs. The fund must know whether its level of net purchases or net redemptions has exceeded a pre-set threshold percentage of the NAV. The swing factor for triggering and calculating the adjusted pricing depends on the explicit and implicit costs — a set of criteria the fund must itself come up with.

“Funds with small cap, international stocks, or less liquid assets will likely favor swing pricing more than those with liquid blue-chip stocks,” explains Jay Baris, a partner with Morrison & Foerster in New York, in agreeing with the SEC’s voluntary stance. The reason: those funds face greater volatility during market stress. “Some funds, such as international funds, may have higher portfolio trading costs, which could magnify the cost impact on remaining shareholders during times of heavy redemptions.”

Yet another factor needs to be considered in the decision-making process, says Baris. The fund has to designate front-office staff to do scenario testing to show the costs involved with swing pricing and educate its board of directors about the implications. “Many managers with European based funds have worked through the learning curve in terms of which products are appropriate to apply a swing to and how often they update their policies, but it will be new to many US managers,” says David Wolfe, senior vice president of fund accounting at Brown Brothers Harriman in a blog on swing pricing. “The process may also need to include stakeholders not directly involved in portfolio management.” Those would be a fund management firm’s treasury department and its board of directors.

In the SEC’s broader effort to reduce liquidity risk, the bulk of the rules mandate minimum liquidity levels and new risk disclosures. Fund managers will classify holdings in liquidity-based risk buckets and maintain three-day minimum liquidity reserve or cash equivalent reserves, so they can make redemptions without significantly affecting NAV. Although investors are accustomed to redeeming shares immediately, mutual funds can legally suspend redemptions for up to seven days.

The greater vulnerability to volatility of funds with more illiquid holdings was shown during the 2008 financial crisis crisis when funds holding mortgage-backed securities were forced into “fire sales.” The holdings of long-term buy-and-hold investors were diluted when they were hit with the double whammy of trading costs and sharply falling NAVs caused by pressure on the funds to dump illiquid positions. The funds currently most likely to experience problems during market turmoil, according to the SEC, are alternative strategy, fixed-income and emerging market funds.

However, the SEC sidestepped the more critical operational roadblock — how transfer agents for US mutual funds can communicate information between themselves and financial intermediaries in time for swing pricing to occur. Instead of establishing rules governing the content and timing of the information exchange, the regulatory agency told the industry to work it out among the respective players. “Delaying the effective date should provide funds, intermediaries and service providers a reasonable amount of time to evaluate and implement in an orderly and more cost-effective manner the necessary operational changes to conduct swing pricing regardless of the unique operational hurdles a particular entity may face,” wrote the SEC.

Typically investors purchase their funds share from banks and brokerages. The SEC’s Rule 22c-2 requires that all fund purchase and redemption orders must be received by these intermediaries by 4PM EST for investors to receive that day’s net asset value. Fund intermediaries will send the file to the fund’s transfer agent information by 4PM, but it does not include complete order flow information. That information won’t reach the fund transfer agent’s desk until later that evening or the following morning from the National Securities Clearing Corp., a subsidiary of US clearing and settlement infrastructure Depository Trust & Clearing Corp.

Therefore, funds will not be able to accurately determine whether or not they have breached the swing threshold in time for that day’s NAV. “Where all flow information is not readily available, there is a much higher probability of swinging a NAV incorrectly,” explains BBH’s Welbe.

Just how bad can a bad swing be? In his blog. Welbe quantifies the extent of the potential error using the following example “Information delivered at 4PM EST may indicate net inflows for the day. As a result, the fund may swing the NAV upwards by, let’s say, a swing factor of 50 basis points. Fast forward three hours and new information may come in to indicate that due to missing redemption orders, the NAV should have swung downwards by 50 basis points given net outflows,” he writes. “That net 100 basis point difference not only constitutes a material error by SEC standards, but also gives redeeming investors an advantage while leaving remaining shareholders left to cover trade costs and then some.”

By contrast, European funds — particularly those domiciled in Luxembourg — have been able to implement swing pricing but they have advantages over US funds. First is the prevalence of institutional investors that don’t use intermediaries. Second, they have more time. The window for purchase and redemption transactions typically closes at noon, so they have three hours from the time they have the order flow information to when they have to strike the NAV. The timing allows for much less risk of NAV errors due to the misapplication for a swing factor.

The Global Association of Risk Professionals has suggested that, to help implement swing pricing in the US, the SEC retain the 4PM EST deadline for when intermediaries must receive redemptions and subscriptions, but allow NAVs to be published at 8PM instead of the current 6PM.  The SEC’s response: “Certain funds that may have more direct relationships with shareholders, instead of being heavily intermediated, and funds that may have more transparency into shareholder flows due to different shareholder bases, or affiliate relationships or more up to date systems may be more easily able to implement swing pricing.”

What about the remaining funds? It will all work out, is the SEC’s stance. “As funds, service providers and intermediaries upgrade their systems over time they may re-evaluate their ability to use swing pricing or build the necessary changes into new systems, allowing more funds to use it in the future,” it says.

Fat chance that is likely to happen without specific SEC rule changes, counter market players. “Even if a fund management’s board agrees to swing pricing, what do we do about the operational challenges for investment funds with nominee name customers?” asks one US fund management’s operations director. “The SEC hasn’t come up with an answer, which leaves us all out in the cold. Two years won’t be enough time to reach the necessary industry consensus, let alone to budget for the technical changes.”