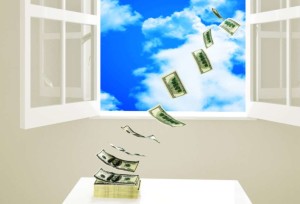 How can a global custodian bank convince clients for almost two decades that a twenty-five cent cost to transmit a message through the SWIFT network transmission is really worth a $5 “pass-along” fee?

Easily, when fund managers aren’t paying attention and no one at the custodian bank is minding the shop. That’s no longer the case now that the US Securities and Exchange Commission has fined State Street US$88 million for overcharging 5,000 registered investment companies on so-called pass-along fees. What was really passed along was a whoppng margin.

Of the US$88 million fine, $48.78 million represents disgorgement for ill-gained profits and the rest is a civil penalty for violating the Investment Company Act of 1940. (State Street is paying a separate US$5.5 million civil fine to the State of Massachusetts where it is headquartered).

Custodian banks, such as State Street, typically provide middle and back-office services which fall under the category of “asset-servicing.” Those include safekeeping, net asset valuations, foreign exchange conversions, income payments, stock lending and collateral management. The Boston-based State Street is one of the world’s largest custodian banks with US$32.6 trillion of assets under custody and administration as of March 31.

Instead of charging the actual cost of some services from 1998 to 2015, State Street charged a hidden markup unknown to clients. Of the US$170 million in overcharges about US$110 million were for messages sent over the global SWIFT network. The La Hulpe, Belgium-headquartered network is used by custodian banks to transfer funds and instructions on income payments, trade confirmations and post-trade processing tasks. The rest of State Street’s overcharges, says the SEC, were for pricing and valuation services from third-party vendors, audit reports, fund transaction balance information reports, audit reports, archiving client records, issuing checks, delivery and courier services, printing and copying forms and supplies, telephone services and wire transfers.

State Street charged two separate fees for messages it sent through the SWIFT network. The first was between two US cents and US fifteen cents for each message unit which could consist of multiple messages. The second was the US$5 for each message.

In press statements, State Street has called the overcharges “invoicing errors.” However, based on what the SEC says in its settlement report, the mistakes were not the result of a computer bug or honest human error. State Street officials knew exactly what they were doing. And for a long time. According to the SEC, as early as April 2009, some client management executives in State Street’s US investor services unit questioned the US$5 fee for a SWIFT message as exceeding cost. The bank’s finance department then calculated that the true overhead cost for maintaining its infrastructure to connect to the SWIFT network actually came to to 25 US cents a message.

In 2010 State Street finally decided to reduce the “pass-along” fee to the true 25 cents per message. However, that was only for new clients, says the SEC. Legacy clients were stuck with the US$5 fee. The regulator’s settlement report never explains why the distinction was made, but one can only presume that State Street didn’t want any of its existing clients to catch wind of the overcharges.

“We don’t do that” or “We have strict controls,” were among the responses custodian banks’ press offices gave FinOps Report when asked to discuss their verification process for pass-along fees. Yet compliance and operations managers at fund shops aren’t buying that tune. Five executives at US fund management firms tell FinOps Report that they have caught overcharges for alleged-pass along fees. Four of the five cases involved fees for messages transmitted through the SWIFT network. When asked to explain the errors, their custodian banks claimed they were “unintentional” and immediately reimbursed the fund managers without any further explanations. In one of the five cases, the custodian bank did not pass along volume discounts it received from SWIFT to its fund manager clients. Instead it charged the full standard rate.

Those fund management firms and others say they are now asking their legal counsels to insert restrictive provisions into their custody agreements calling for itemization of all charges and caps. Fund managers have also turned to custodian bank consultancies to review their fees. “If you are a smart shopper you will verify that the prices charged at the store’s register are in sync with the store’s advertised prices and in line with other stores,” says the compliance director of one US fund management firm. “Why wouldn’t you do so for the millions of dollars custodians charge in pass-along fees.”

The phrase pass-along is deceptive. It doesn’t necessarily mean that the global custodian will charge the fund manager what it actually paid. In the case of fees for messages sent through the SWIFT network, global custodians don’t charge fund managers what they are charged by SWIFT. Instead they will likely mark up the fees to account for infrastructure costs such as the cost of connectivity and membership to the SWIFT network. Of course, one can only hope the markup is reasonable and agreed with clients. State Street’s weren’t.

“The issue is whether a markup is allowed or whether the cost is passed through, but either way it should be disclosed, and then verified,” says Simon Shepherd, chief executive of MYRIAD Group Technologies, a London-based firm specializing in expense and fee reconciliation.

While not addressing the State Street case specifically, Shepherd warns that global custodians have plenty of opportunity to mark up the cost of SWIFT messages and other services to take advantage of clients. In fact, it is quite common that incorrect fee schedules are used and individual items are incorrectly billed and accounted for.

One of the key challenges facing fund managers, says Shepherd, is how to reconcile internal volumes and expected charges with invoices. Then the fund manager has to compare both to the rate card or fee schedule. Fund managers can’t really ask custodian banks to provide receipts to verify what the banks themselves are being charged. That would result in hundreds of pages of paperwork to review and nobody is either willing or able to do that, say consultants in custody services. Maybe they should.

Shepherd recommends that fund managers embed the agreed fee schedule from global custodians into their tech platforms or rekey it with reconciliation taking place through the platform to verify accuracy. Such an approach, offered by MYRIAD, eliminates the use of multiple disjointed systems and spreadsheets and offers transparency to multiple departments, such as operations and finance. However, Shepherd acknowledges that fees applied for message transmissions through the SWIFT network are particularly difficult to monitor because the custodian bank may apply group pricing tiered across multiple accounts.

At a minimum, fund managers can always ask for some attestation from the bank’s internal audit department that the custodian bank’s fees have been scrutinized, says James Economides, managing director of global consultancy MJ Hudson Amaces in Salt Lake City. That puts the bank on notice the fund manager is payin attention.

An even better option, says Economides whose firm helps fund managers select and monitor their custodian banks, is to hire a firm to do comparison shopping across multiple banks. Doing so, sets a barometer of what fund managers can reasonably expect to pay.

State Street was finally caught in the act in 2015 when Economides’ firm noticed that some of the fees it charged were out of sync– or far higher– than those of other US custodians. When the firm, then known as Amaces, brought the matter to the attention of State Street, the bank began its internal investigation. The SEC’s recent settlement confirms that State Street finally addressed the overcharges in 2015.

Yet another way to keep custodian banks in line is to limit any out-of-pocket charges. “The fund manager has the ability to put a cap of the fees that be charged for each out-of-pocket cost,” says Economides. That’s the maximum fee for each service.

The SEC’s US$88 million fine isn’t the first time that State Street has settled charges of overfining clients. Nor is it the first time that State Street has tried to conceal the severity of its actions. The bank’s most costly fine came to US$530 million in July 2016 to settle regulatory probes it overcharged clients on foreign exchange transactions. In 2017 State Street also paid the SEC more than US$35 million to settle charges it fraudulently charged secret markups for transition management services and separately omitted material information about the operations of its platform for trading US Treasury securities. By the SEC’s account, when State Street was confronted by one of its clients for overcharging on transition management fees all bank employees could say is that it was a “fat-finger” mistake or “inadvertent.”

State Street’s newest fines for illegal markups on “pass-along” fees are just the tip of the iceberg in what could be more serious fines. The bank is now cooperating with the US Department of Justice’s civil and criminal divisions which are investigating the invoices. It remains to be seen whether any individuals are charged with any crimes. In June 2018, a federal court in Boston convicted former State Street executive Ross McLellan of defrauding customers related to the transition management charges and hiding his actions from the bank. However, McLellan insisted that more senior-ranking officials knew about and accepted his business practices.

State Street says that it has repaid all of the clients affected by the overcharges for pass-along fees. And with interest. That’s far more than the SEC’s fine for disgorgement, because a 2017 Supreme Court decision ruled that disgorgement represents a penalty subject to a five-year statute of limitations. State Street’s decision to report its wrongdoings to the SEC and compensate clients in full likely helped reduce its civil penalty.

State Street might not the only global custodian to have overcharged clients. It was just the one whose overcharges were egregious enough to warrant regulatory penalties. Hopefully it will be the last one because fund management firms can’t afford to get fleeced. It harms their bottom lines and investors.