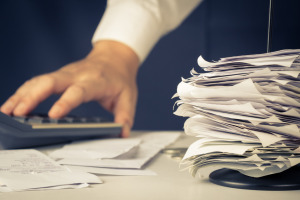 After years of complaining about the fees they are paying for the issuance and use of CUSIP codes, issuers of fixed-income securities and the financial firms which use the securities identifiers may finally have found a friend at the US Securities and Exchange Commission.

The US regulatory agency isn’t investigating CUSIP Global Services’ licensing fees and demanding changes. At least not yet. However, recent statements made by one of its top officials, Commissioner Daniel Gallagher, are encouraging critics of the US’ national numbering agency that at the very least the SEC might finally decide to review CUSIP pricing policies.

The Commissioner’s public criticism of CUSIP Global Services cited in a recent article appearing on the Reuters newswire service is the first time that an SEC official has publicly indicated any concern over CUSIP’s fee structure. “The Commission needs to do something about the de facto monopoly facing the use of CUSIPs in fixed income markets,” said Gallagher in remarks at a recent market structure conference at Georgetown University in Washington DC. He added that the SEC should consider removing references from the agency’s rules to CUSIPs. A Republican, Gallagher is one of five SEC Commissioners and one of two Republicans.

CUSIPs are nine-digit alphanumeric codes which the US numbering agency assigns to identify US equity and fixed-income securities and are critical to issuing, trading and clearing transactions in US securities, as well as regulatory reportiing. CUSIP Global Services also assigns 12-digit alphanumeric international securities identification codes to the same US securities. The acronym CUSIP derives from the Committee on Uniform Security Identification Procedures, a committee of the American Bankers Association (ABA) founded in 1964 during the so-called Wall Street paper crunch. The predecessor to CUSIP Global Services — the CUSIP Service Bureau — was launched four years later. S&P Capital IQ operates CUSIP Global Services under contract to the ABA, the influential Washington, D.C. lobbying group which owns the intellectual property rights to CUSIPs.

Commissioner Gallagher’s statements followed a joint letter sent to the SEC on September 9 by the Bond Dealers of America, Investment Adviser Association and Government Finance Officers Association calling for changes to CUSIP Global Services fees. The commissioner’s remarks were made in context of recommending reform in the fixed-income market and come just four years after the first letter from the same organizations cited the same concerns and request. “At that time, the SEC said that it couldn’t intervene because CUSIP Global Services doesn’t fall under its jurisdiction, but we now are hopeful the SEC will take up the issue of CUSIP Global Services’ fees,” says Paul Glenn, special counsel for the IAA, the Washington DC trade group representing registered investment advisers.

None of the organizations have been contacted by the SEC since Gallagher’s comments and only learned of his stance through the article on Reuters. Officials at S&P Capital IQ, parent to CUSIP Global Services, were unavailable for comment at presstime. Commissioner Gallagher did not respond by presstime to questions posed by FinOps Report asking whether any SEC division will be reviewing CUSIP Global Services’ fee structure.

Financial firms which trade and process transactions in securities identified by CUSIPs pay separate licensing fees to store the CUSIPs internally in securities masterfiles and other databases as well as use them for trade confirmations, account statements and regulatory reports. The licensing fees charged by CUSIP Global Services depend upon the number of CUSIPs stored, the number of business lines using the CUSIPs, and the regions in which the CUSIPs are used. Financial institutions could easily spend anywhere from as little as US$10,000 to as much as hundreds of thousands of dollars in annual licensing fees, and that’s what has the US trade organizations crying foul. Large financial institutions might well afford such a cost, but smaller organizations can’t.

At the very least, the US organizations representing issuers of municipal bonds and registered investment advisers want the SEC to review CUSIP Global Services’ fee structure. At most, they are hoping the SEC will require CUSIP Global Services to change its licensing fees and even allow financial firms to use alternative identification codes. Such a scenario would clearly benefit Bloomberg, which has been promoting the use of its own identifiers called FIGIs as a global standard for identifying securities.

Peter Warms, head of symbology at Bloomberg in New York, would not comment specifically on Gallagher’s comments nor on whether the SEC has contacted Bloomberg about allowing financial firms to use FIGIs instead of CUSIPs but in response to emailed questions from FinOps Report said: “The FIGI is a comprehensive and unchanging identifier that is available to financial market participants with no material restrictions on usage or redistributions. “It will help users improve connectivity, interoperability, transparency and efficiency across the financial marketplace, including the fixed-income market. The FIGI also provides descriptive data elements needed to identify fixed-income securities at no additional cost.”

Of the 200 million FIGIs Bloomberg has assigned so far, about thirty million are for fixed-income financial instruments. Bloomberg rival Interactive Data declined to comment for this article and Thomson Reuters did not respond to an emailed request for comment.

Just how far the SEC can go, if at all, to control CUSIP Global Services’ licensing fees is unclear. Because of how CUSIP Global Services is set up — as a for-profit commercial organization — its licensing fee structure differs from most of the world’s other national numbering agencies. Those are typically either divisions of exchanges or depositories and issue identifiers under a cost-recovery basis. CUSIP Global Services is also not an SEC registered firm, making any SEC oversight that much more difficult. However, the three US trade organizations which have lobbied the SE C insist that the regulatory agency is responsible for taking a hard look at CUSIP Global Services’ licensing fees because it compels issuers and financial financial firms to use CUSIPs. The most likely unit to do any investigating would be the Division of Trading and Markets.

The longstanding tiff between the US organizations and CUSIP Global Services isn’t the first time the US national numbering agency has encountered opposition to its fee structure. The organization faced strong criticism from European financial firms for its licensing fees for ISINs for US securities and the European Commission (EC) was asked to intervene after the Association of National Numbering Agencies (ANNA), the registration authority for ISINs, declined to interfere with CUSIP Global Services pricing structure on the premise it was a commercial issue that was outside its mandate. ISINs for US securities include CUSIPs.

In 2009, the EC decided to crack down on the US numbering agency over the allegations it used its “monopolistic” role ito impose inflated licensing fees and the dispute was settled in 2011 when CUSIP Global Services agreed to offer a lower cost data feed to European users of ISINs for US securities. However, the compromise still isn’t sitting well with some European trade associations representing fund managers and other financial firms who are advising their US peers on how to successfully lobby the SEC, European sources tell FinOps. They are clearly hoping that the SEC will follow the EC’s lead.

What do US financial firms think should happen to CUSIP Global Services fees? None of the data management officials at five large custodian banks, fund managers and broker-dealers contacted by FinOps wanted to comment publicly fearing a potential reprisal from CUSIP Global Services in the form of investigating their compliance with their licensing contracts with the organization. However, the consensus indicated a cautiously optimistic atttitude. “We’re glad if the SEC finally decides to review the matter,” said one data manager.