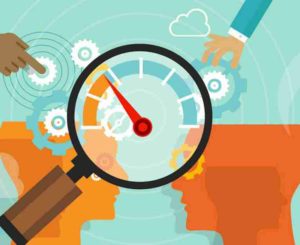 Some middle office and compliance managers will soon have their work cut out for them creating a benchmark inventory management process to show European regulators that they use approved benchmarks.

Effective January 1, 2018, the European Benchmark Regulation (BMR) will require that European Union-supervised entities who want to enter into financial contracts or instruments referencing new benchmarks ensure that those benchmarks are issued by an EU administrator that is registered or authorized. The requirement applies if the administrator started offering any benchmarks after June 30, 2016 — the day the BMR was adopted. Some leeway is allowed in certain cases until January 2020.

Penalties for violating the BMR can be stiff — as much as the greater of E1 million or 10 percent of a firm’s total annual revenues. Each company employee responsible for a violaton can also be separately fined up to E500,000. If regulatory fines aren’t enough to scare firms into compliance, they should also consider that a counterparty demand to be compensated for a deal that must be unwound if the benchmark it referenced didn’t fulfill the requirements of BMR, legal experts tell FInOps Report.

EU-based financial firms wanting to avoid being whammied by either a regulator or counterparty must have their trade support staff, product control managers and compliance executives come up with process of identifying which benchmarks they use, who is their administrator, and which aspects of the BMR applies. Financial firms must also have a written backup plan in case the benchmark is materially modified, ceases to be offered or is unapproved. The backup plan could mean using another recognized or registered benchmark or another type of calculation. Financial firms must also explain the use of benchmarks in all European prospectuses.

Benchmarks are typically used to price transactions and to calculate the performance of trades in a variety of financial instruments and contracts. Benchmark reform has been high on the list of regulatory priorities since the scandals involving the manipultion of interest rate benchmarks such as the London Interbank Offered Rate (LIBOR) and the Euro Interbank Offered Rate (EURIBOR). The regulatory investigations, enforcement actions and settlements reached over the last several years serve to highlight the vulnerability of benchmarks and led to the International Organization of Securities Commissions (IOSCO) establishing principles for benchmark administrators in 2013. Those principles include relying on actual transactions to create benchmarks and publishing the methodology used.

BMR leverages those principles in providing a prescriptive regime. However, it also includes users in its scope. Benchmarks will also be classified as either critical, significant or non-significant. “The classification of a benchmark may result in different applications of the BMR” says Ilene Froom, a partner with the law firm of Reed Smith in New York. “When it comes to a critical benchmark, its administrator must explain in a statement why the benchmark is qualified, so users have at their disposal the elements to understand why the determination was made.”  In addition, users of critical benchmarks could be forced to contribute data to creating those benchmarks for no less than two years.

If the benchmark isn’t administered by an EU administrator, the non-EU administrator must fall under one of three categories — equivalent, recognized or endorsed. “Of the three categories, equivalence is the most difficult to achieve. It would require that ESMA consider the regulations governing the benchmark in the home country where it is created to be equivalent to the BMR, ” says Mark Compton, a partner with the law firm of Mayer Brown. “This jurisdiction-wide assessment of equivalence could take a long time and be highly political.” Non EU-benchmark administrators with small European businesses might decide that licensing their benchmarks in Europe isn’t worth the effort.

Users of benchmarks are one of three categories of benchmark players affected by the EBR. The others are administrators and contributors. However, users are the ones that index specialists worry about the most because they may be the least prepared. They may have erroneously believed that the BMR applied only to administrators and focused their attentions on second incarnation of the European Markets in Financial Instruments Directive (MiFID II) and the Market Abuse Regulation. Those regulations are also effective in January 2018.

“Time is not on the side of users, because technology budgets are typically frozen in December,” says David Berry, an executive with the London-based Information Provider User Group (IPUG). “Firms must have their inventory management process by October at the latest to integrate into their pre-trade compliance functions.”

Financial firms have to verify that every transaction or product created after January 2018 is compliant with BMR. That could spell anywhere from a few hundred trades to a few thousand trades daily. About 150 benchmarks falls under the BMR’s criteria, estimates IPUG.

ESMA has cast a large net over just who is a user. It classifies a user as an issuer or party to a financial instrument that references an index; determines the amount payable under a financial instrument by referencing an index, or measures the performance against an index of an alternative investment fund falling under the jurisdiction of Europe’s AIFMD or a traditional investment fund which meets the critiera of the UCITS. Included in the category of financial instruments are over-the-counter derivatives traded by a systematic internalizer or a European venue as defined by MiFID II.

“Although administrators and contributors to benchmarks might face the greatest compliance challenges, users also need to be cautious they don’t fall astray of the regulation,” says Peter Green, a partner with the law firm of Morrison & Foerster in London. “ESMA doesn’t want anyone using unapproved benchmarks, so benchmark users will need to come up with a rigorous compliance program.”

Likewise the definition of benchmark is also so broad that it will catch numerous types of indices. “In some cases, it will be obvious, while it others it will need a bit of analysis,” explains Compton. It all depends on how the benchmark is used. The BMR defines a benchmark as an index used to determine the value of a financial instrument or contract, any amount payable, or to calculate the performance of a fund. It is unclear whether every index used by a fund manager performing those functions would fall under the BMR’s jurisdiction, European legal experts tell FinOps. That is because the BMR narrowly defines an index as figure regularly determined by the application of a formula or other calculation and either published or made available to the public.

Benchmarks that reference the price of a single share or that are provided by central banks or clearinghouses won’t be covered under BMR. However, it also remains to be seen how some of the BMR’s exceptions will be applied. It is unclear whether a new alternative US dollar reference rate may need to win either equivalence, recognition or endorsement. That is because the text of the BMR is not explicit on whether the central bank that issues the benchmark must be EU-based. On June 22, the Alternative Reference Rates Committee, a market group convened by the Federal Reserve Bank of New York recommended that the US use the overnight bank funding rate as an alternative to the US dollar LIBOR. The ARRC was created in the wake of recommendations made by the Financial Stability Oversight Council in 2014 that included developing alternative reference rates.

For those focusing their immediate attentions on complying with the BMR, the work could become overwhelming. They can’t afford to wait until ESMA publishes its list of approved benchmark administrators and benchmarks to get ready, cautions IPUG’s Berry.  He recommends that financial firms start tracking down all the benchmarks they are using and contacting all of their administrators to verify if they are approved. That is because they will need as much time as possible to tweak their trade order management and execution platforms to feed into any inventory of benchmarks to ensure they don’t enter into any transactions with unapproved benchmarks. Compliance, legal, trading and product desks will also have to work together to develop fallback plans if a benchmark can no longer be used. Such a scenario could ultimately require renegotiating the terms of contracts and definitions established by the International Swaps and Derivatives Association.

For firms which don’t have an automated  benchmark inventory management system in place, market data expense management software firm MDSL is offering one called Index License Manager (ILM), says business analyst Sam Rushton. Originally designed to only handle index expense management, the software’s functionality was recently expanded to link to the ESMA’s website to download the list of approved administrators and benchmarks, and compare those to the ones a firm is lready using. The ILM can also suggest alternative benchmarks for at transaction if the benchmark isn’t on the approved list. So far, ILM in being used by two firms and being tested by twelve others for index expense management. However, Rushton expects interest to grow as firms wake up to the BMR’s requirement.

In the meantime, ESMA’s slowness to post its registry of approved benchmark providers is worrying fund managers. They believe they won’t have sufficient time to test their connectivity and to integrate a download of approved administrators to their internal systems. “ESMA might think we can do all the work overnight,” says one London-based fund management operations manager.”However, it could actually take weeks, so ESMA is contributing to implementation delays.”

What does ESMA have to say for itself? A spokesman for the European regulatory agency suggests that ESMA hasn’t delayed posting its registry. “Because the regulation doesn’t take effect until January 1, 2018, and benchmark administrators must receive approval from local regulators before being listed on ESMA’s registry, the registry could not be up until after that date,” he says.

The spokesman also says that financial firms shouldn’t be overly concerned about their ability to comply with BMR, as of January 1, 2018. He referred FinOps to a question and answer document publlshed by ESMA on July 5 which indicates a transition period for benchmark administrators, depending on how long the benchmark has been in existence. However, some compliance managers at global asset management firms tell FinOps that ESMA’s explanation is too confusing to understand. “ESMA isn’t being all that helpful,” quips one compliance manager. “We are still going to be stressed out.”