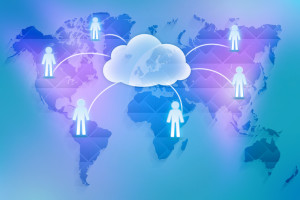 Those are the top three mistakes offshore fund managers tell FinOps Report they experienced when trying to send information to their local tax authorities to comply with the recent first round of reporting for the US Foreign Tax Account Compliance Act (FATCA). In some cases, the errors were caught before the reports were transmitted. In others they weren’t, requiring the fund manager to resubmit its work. The reports identifying US persons, their account numbers, as well as their account balances or values at the end of 2014 were due for most countries either in July or August 2015, although extensions were often given until the end of September.

At its core. FATCA requires foreign financial institutions (FFIs) including foreign hedge funds, private equity funds, banks, insurance companies and mutual funds to report information on all US persons and their accounts so that the US Internal Revenue Service can collect its fair share of taxes. FFIs in countries which have signed a Model One Intergovernmental Agreement (IGA) with the IRS overseer, the US Treasury, can send that data to their local tax authority instead of the IRS. Among the dozens of countries which have signed Model One IGAs are popular fund domiciles such as the Cayman Islands, British Virgin Islands, Luxembourg and Ireland.

Although the IRS recently said it would grant foreign tax authorities more time to give it any information on US persons collected from local FFIs, the deadlines by which FFIs must submit the data to their local tax authorities have not been extended.

The ramifications of erroneous or incomplete reporting are two-fold. In the short term, regulatory authorities could impose either financial fines or even jail time for anyone signing off on the reports as valid if fraud is suspected. Foreign financial institutions that do not comply with FATCA could also suffer a painful 30-percent withholding tax on US source investment income.

The need to perfect their FATCA reporting processes doesn’t end with avoiding  FATCA penalties. Fund management firms will soon be faced with the bigger worry of GATCA, the nickname given the global expansion of FATCA. A little more than a year away are the additional challenges identifying and reporting information on persons from other countries based on FATCA-like agreements between their governments and those nations.

“We had a few minor and a few major hiccups in filing the paperwork we will now need to address,” says one compliance manager at an offshore fund management shop. “We will need to refocus our data collection and verification efforts. Any process failures are going to cost us even more down the road.”

What was the cause of the first-round errors? Of the ten compliance managers at offshore investment management funds contacted by FinOps, three acknowledge their firms were simply unready for operational work involved with the filings. The remaining seven blame the fund administrators responsible for helping them complete the documentation. Five of the ten compliance managers report that investors were miscategorized as corporations instead of individuals, three say that tax forms were missing, and two say that the information about investor holdings and income payments were missing from the paperwork. None of the ten fund management firms would disclose the names of their fund administrators.

What can fund managers do to ensure their reporting is compliant? They will likely need their tax operations department to verify any data provided by fund administrators before their chief compliance officer or any other party signs off. “The verification comes down to reviewing all of the customer onboarding documentation as well as the data in the portfolio accounting systems,” a tax operations manager at a fund management shop tells FinOps. “We can’t assume the fund administrator is absolutely accurate in the details it gives us.”

So far, it appears that fund manager that didn’t to catch their mistakes before sending the paperwork to its local tax authority have avoided penalties beyond a demand for corrected reports. However, tax authorities may not be that understanding for long. Depending on the country involved, penalties can range from as little as a few thousand dollars to jail time for chief responsible officers — those delegated with signing off on the paperwork. Ireland has said that there could be a fine of up to about €20,000 for incorrect or incomplete reports and an additional €2,535 for each day the “failure” continues. The financial penalties are far less for honest mistakes made by fund management firms in the Cayman Islands and British Virgin Islands, but regulatory authorities explicitly warn that officials could be imprisoned for at least two years for intentional fraud.

If fund management firms thought they had it tough now, the worst is yet to come. In addressing the reporting requirements for the additional countries that have signed agreements with their country of domicile, they will have to comply with common reporting standards (CRS) promoted by the Organization for Economic Cooperation and Development (OECD). Although the countries which have agreed to follow the CRS have yet to release the specific data elements they will require, the reporting requirements are expected to be more cumbersome than for FATCA if for no other reason than more relevant account holders must be identified.

In general, the affected investors or account holders are identified by the country of the tax residence, rather than citizenship. This location may be more difficult to verify, and there could easily be more than one. It is also anticipated that, unlike staggered reporting schedule of FATCA which depends on whether the investor is new or preexisting, the CRS reporting will be launched with a big-bang approach as of January 2017.

What are fund management shops doing to improve their FATCA reporting and prepare for the multi-nation tax reporting requirements known as GATCA? Two compliance directors tell FinOps they are holding meetings with their tax operations managers, customer onboarding managers and fund administrators to find ways to reduce the number of errors. Among the two immediate options being considered: adding additional dedicated staff during reporting season and setting up new procedures for onboarding new clients to verify all the tax reporting information is complete. A third option under consideration: outsourcing the verification work. That means hiring a third-party auditing firm or other service provider to check the data collected by the fund administrator.

“We are not taking anything for granted,” says one compliance manager at a fund management shop.