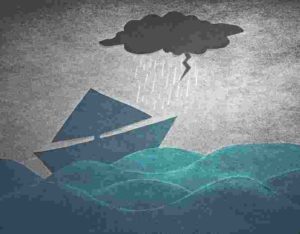 While the UK and European Union leaders will have two years to come up with a gameplan for how the UK will separate from the European Union, middle and back-office operations professionals at fund management shops are taking it one day at a time during extreme market volatility.

“Fund management operations executives have a right to be worried. The vote on Brexit was a surprise and until the details of how Britain will leave the European Union (EU) are worked out they won’t know whether their jobs are safe and what operational changes they have to make to accommodate the new regulatory environment,” says Gary Swiman, head of the regulatory and compliance practice for BDO Consulting in New York. “The uncertainty could cost some jobs and a freeze on technology spend for operations upgrades.”

On June 23, the UK voted to leave the EU — a move otherwise coined Brexit — with a 53.4 percent majority of votes cast. So did Wales with a 52.5 percent rate. Scotland and Northern Ireland backed staying in the EU. Under the terms of the Article 50 of the Treaty on European Union, once the UK notifies the leaders of each of the European member countries through the European Council of its exit plans, it will have two years to work out the terms of its departure. In the meantime, the UK will be treated as a member of the EU and subject to all its rules and responsibilities. The result of the negotiations will ultimately determine if the UK will still have access to the EU single market and under what conditions.

The critical question is what Brexit will mean for the status of the UK’s implementation of a host of pan-European directives such as UCITS V, AIFMD, EMIR, MiFID II, and CSDR.  The most-often cited scenario is a “complete divorce” in which the UK holds onto “equivalent” third country status from the European Securities and Markets Authority, the pan-European regulatory agency. The UK can Ill-afford to be cut off from the EU completely or to lose its historic clout on the negotiating table for pan-European legislation.

“The principle of equivalency means that UK laws are considered equal to those of the other EU member states and UK fund managers can have access or a passport to the European single market,” explains Virginie O’Shea, director of research for Aite Group in London. “However, equivalence under one regulation doesn’t mean that the UK will apply all the regulations verbatim.” She cites the European Market Infrastructure Regulation (EMIR) and second version of the Markets in Financial Instruments Directive (MifiD II) as the most vulnerable for UK investment funds, because a good chunk of their requirements have not yet been transposed into UK law.

The London operations of clearinghouses LCH and ICE Clear Europe may end up having to move to the continent, if European regulators ban euro-currency denominated transactions from being processed in London. Last year, the UK won a legal challenge from the European Central Bank to retain clearing of euro-derivative trades in London, but the tables could be turned as a result of Brexit.  The ECB insists that clearinghouses that process euro-derivative trades should be based in the 19-nation currency bloc.

Fund operations managers tell FinOps Report that they have been reassured by C-level management that for now they have nothing to worry about. The UK can’t invoke “Article 50” of the Treaty on European Union until after Prime Minister David Cameron leaves office in October. However, the current fluctuations in stock and bond prices, as well as the British pound and other currencies have created some immediate operational challenges. Topping the list is collateral management. In a circular published on June 24, the Australian Securities Exchange (ASX) said it was raising margins on ASX SPI200 futures contract by almost 40 percent and its margins for 10 year government bond 6 percent coupon futures by 20 percent in response to the results of the Brexit referendum. Those increases will be valid until further notice, says a spokesman for the ASX, which operates the country’s clearinghouse. LCH, the London and Paris-based swaps, fixed-income and equities clearinghouse, would not comment on whether Brexit affected its margin requirements.

Three UK fund management operations directors say they have received a ten percent uptick in margin calls on Asian swap-contracts over the past week, which are keeping collateral managers working at least two extra hours each day to reconcile contract and collateral valuations. “Our Asian clearing agents are calling us asking for higher margins on an intraday basis,” says one fund operations manager in London. “It’s been a very hectic week.”

Settlement managers have also been working overtime to handle a higher volume of investor redemptions and higher trading volumes from portfolio reallocations and hedging strategies designed to mitigate an expected performance drop. The extra effort was intended to prevent potential delays in fulfilling investor demands and delays in trade allocations and confirmations which could have led to a higher rate of settlement fails. All of the fund management firms contacted by FinOps Report say that they were prepared for a far higher level of redemptions and only handful of UK trades — from Asia-Pacific counterparties — failed to settle on time.

US market infrastructure Depository Trust & Clearing Corp. (DTCC), parent of Omgeo, confirms that there was an increase in message traffic on Omgeo’s Central Trade Manager (CTM) on June 24 due to volatility from the UK’s referendum and a major index rebalancing. However, the day went by without a hitch as volumes were far lower than what the firm prepares for through capacity planning and stress testing. Omgeo’s CTM allows buy and sell-side firms to quickly acknowledge trade details with each other so that transactions can settle on time. The UK and continental Europe follow a two-day settlement cycle.

Euroclear, parent of the Euroclear UK & Ireland national depository and others on the continent, declined to comment on the short-term effect of the UK referendum on its settlement fail rates or other rules. The CSDR, short for Central Securities Depositories Regulation, calls for European depositories to use the same methodology for calculating fines for bank and brokerage member firms who don’t settle their trades on time. If the CSDR’s “settlement regime” is not implemented by the UK, members of Euroclear UK & Ireland would fall under a different policy than than their peers using other European depositories.

Although no UK firms have officially announced that they are postponing any reorganizations, corporate actions specialists tell FinOps that their portfolio managers are paying much closer attention to the election choices than ever before. Instead of selecting cash as a quick answer they are evaluating their options to take currency and price fluctuations into consideration. Corporate actions operations managers have been instructed to keep track of each corporate event closely over the next few weeks, highlight its details and verify that decisions were made before the deadlines set by custodian banks. “We will be going through UK corporate actions with a fine toothcomb over the next few months,” says one corporate actions manager. “Some of our custodians have also asked us to submit our decisions far earlier than in the past.”

Of course, a regulatory change of the magnitude of Brexit does raise concerns about job security. Some of the world’s largest banks are doing their best to counter media reports they will leave London, but executive search firms tell FinOps that they are being inundated with calls from worried employees asking for advice. Fund management shops might be forced to relocate their operations if regulators require UK funds firms distributing funds in Europe to set up shops on the continent. Some buy-side firms could even be forced to lay off staff if Brexit causes more revenue loss.

Operations managers at three UK fund management shops tell FinOps that they are preparing for a career change or a move to either Ireland or Luxembourg, which are already fund management processing hubs. “I’ve been reassured that there won’t be any job changes, but you can’t tell so I have to get ready in case I get laid of or transferred,” says one operations manager. “If trading desks move out of London, the ops desks might as well.”

Yet another possibility for a new operations locale is Scotland. “If the current Scottish National Party government were to take a pragmatic approach and create the tax incentives, there could be a mini-gold rush for Edinburgh and Glasgow,” says Paul Chapman, managing director of London-based executive search firm HornbyChapman.

What should fund management operations executives do in the meantime? Hope for the best. “Ideally, regulators would work out a deal to allow the UK to remain as close to the status quo as possible. That way the UK could leave the EU without losing the benefits of its passport or facing a mass exodus of financial firms to the continent,” says Swiman.