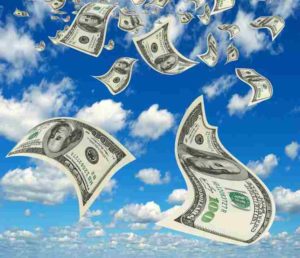 The US Internal Revenue Service wants withholding agents to collect tax on upticks of the rights of convertible bondholders, despite protests that the levy is nothing more than “tax on air.”

That’s how some tax attorneys and operations specialists view the IRS’ Section 305(c) rule on taxing adjustments to the conversion ratio of US convertible financial instruments, as a result of corporate actions such as dividends, stock splits, mergers and acquisitions. If the adjustment adds to the rights of bondholders to acquire equity, it could be considered a “deemed distribution” subject to withholding tax, according to the IRS. “The rule requires the withholding of cash in instances in which the conversion rate adjustments unaccompanied by any cash payment result in taxable distributions,” explains Mark Leeds, a partner with the law firm of Mayer Brown in New York and author of the term “withholding on air.”

That leaves withholding agents to face the hefty administrative burden of setting up new procedures and readjusting their systems to collect the tax. Based on the IRS’ definition of a withholding agent, not only would US broker-dealers and banks be burdened but also international central securities depositories (ICSDs) Euroclear in Brussels and Clearstream in Luxembourg.

Although the withholding tax is applicable to both US and foreign investors in US-issued convertible bonds, the IRS appears to be far keener in targeting non-US investors. Those investors typically hold their accounts with banks and broker-dealers, which in turn, could hold accounts with Euroclear and Clearstream. The ICSDs, which specialize in settling cross-border transactions, have resisted being designated as withholding agents, complaining about the operational difficulties they would face in complying with the rule.

So did several other respondents to the IRS’ request for comment last years on Section 305(c), challenging the validity of the rule. Among them are the law firm of Skadden, Arps, the Investment Company Institute, and the US Chamber of Commerce. Representing the US hedge fund industry, the Managed Funds Association, agreed with the IRS’ rule but asked for some changes on implementation.

In their joint letter to the IRS, Euroclear and Clearstream explained two-fold compliance concerns: they will have a hard time finding all of the necessary data and their tax withholding systems aren’t up to the job. “Withholding and reporting would need to be carried out almost on a manual basis, something that sits uneasily with the ICSDs’ role as market infrastructures to reduce risks and costs for the market,” writes Dan Kuhnel, head of primary market relations for Euroclear; Alexandre de Schaetzen, director of product management for Europe at Euroclear; Fabian Nelisen, head of global asset services for Clearstream, and Hugues Besson, head of tax services for Clearstream. The responsibility for imposing withholding tax should be placed on the issuer of any security subject to the rules for IRS Section 871(m) and Section 305(c), they suggest.

In its letter to the IRS, the Washington, DC-based ICI offers the most detailed reasoning to dispute the IRS’ rationale for taxing adjustments to the conversion ratios for convertible bonds, The holders of convertible debt don’t have an obligation to sell stock, but merely an option to acquire stock was just one of the arguments posed by Karen Lau Gibson, associate general counsel for tax law at the influential trade group representing the US mutual fund industry.

In the case of Section 305(c), the IRS was apparently unswayed by any arguments about the logic of applying taxation for conversion rate adjustments to convertible debt or potential difficulties with implementation. Even though the rule has not technically been finalized, the IRS’ attitude is that withholding agents should already have been implementing it, because it was already on its books. The IRS is only giving withholding agents some leeway as to when the IRS believes the rule should be retroactively applied, setting the date as of December 2016 after the IRS closed its comment period on what it considers to be its guidance on implementation.

Leeds’ recommendation: withholding agents need to act as though the rule were already in force.  Several US broker-dealers servicing as withholding agents speaking with FinOps Report on condition of anonymith confirm that the IRS has already been auditing their shops for evidence of implementation as of 2016.

When is a deemed distribution effective? It is the date set by the bond’s indenture as to the effective date of the adjustment for the conversion ratio. If there is no indenture or the indenture doesn’t specify the date, the deemed distribution takes place on the ex-dividend date for any cash payment on the underlying stock. The equity shareholder receives cash and the convertible debt holder receives additional rights through a convertible ratio adjustment, which if exercised allows them to receive more shares for the same principal value of the bond.

The right to acquire additional shares does not trade separately from a convertible bond, so it does not have a readily available market value. Holders and issuers will need to derive the value using one of several methodologies and could come up with different valuations even if they apply the same general methodology, explains the ICI’s Gibian in her letter to the IRS last year. The US Treasury, she says, should simply allow the amount of the deemed distribution to be the value of the right to acquire the additional shares. Such a scenario would allow holders and issuers to consult with pricing and valuation experts to determine an appropriate model for determining the value of the right.

Linville cautions that deemed dividends will also have a trickle down effect on the cost basis of a convertible instrument. Separate IRS rules on cost-basis reporting require broker-dealers and others to calculate the exact cost of an investor’s account so that the investor can pay the IRS the correct amount of tax when selling the account. In addition to applying the withholding tax for affected investors, brokers must also be increasing the cost basis of the convertible instrument by the amount of the deemed dividend. Such an adjustment will eventually reduce any capital gains an investor has when it sells the convertible bond.

Scivantage’s Maxit Cost Basis Accounting system which makes cost-basis adjustments will provide withholding agents with the deemed dividend amount based on information provided by the issuer. Cost-basis reporting software firm Wolters Kluwer in Minneapolis says that its Capital Changes 305C Alert Service can provide withholding agents with information on deemed distributions on convertible bonds, rights, warrants and preferred securities. It will also give the amount of the deemed distribution.

“In the case of IRS Section 305(c), withholding agents would have to apply the withholding tax as of the earliest time of one of three timetables so they would have to recode their systems for all three scenarios.”  The three scenarios are: the date on which a payment of cash is made on the convertible bond, the date on which the bond is sold or transferred to another account not maintained by the withholding agent when the taxable CRA occurred or the due date for the issuer sending the investor a Form 1042-S statement.

Euroclear and Clearstream would not respond to questions posed by FinOps as to whether the IRS has agreed to their request to pass the responsibility for complying with Section 305(c) to US withholding agents. In their April 2016 letter to the IRS, the two international depositories explain that they should not be classified as US withholding agents, but qualified intermediaries. US withholding agents, propose Euroclear and Clearstream, would set aside an escrow amount of 30 percent of the amount of the deemed payment, provide the required information to beneficial owners through the chain of intermediaries, rely on adequate certification from the beneficial owner to apply the proper tax rate and then pay the tax due the IRS.

As if applying the withholding tax for CRAs on convertible bonds weren’t hard enough, the IRS has decided that thsoe same rules will also apply to exchange-listed options. Therefore, there is an overlap between the rules for dividend equivalents taxable under Section 871(m) and Section 305(c). Even if the delta between an option and its underlying stock is less than one in 2017 or 0.80 in 2018 and beyond, the option could be subject to 305(c) withholding tax. Therefore, even brokers maintaining only option accounts must be careful to apply the proper withholding tax under Section 305(c).

Given that the IRS is asking withholding agents to do so much onerous work to comply with Section 305(c), one would think it is collecting big bucks. That might have been its initial expectation, but that isn’t panning out. “The proposed regulations will impose costs on the financial industry that will far exceed the amount of revenue that the government will collect,” says Leeds. “But, of course the persons bearing the costs of compliance are not the same as the one who receives the revenue and writes the rules.” In 2016, says Leeds, his broker-dealer withholding agent clients only withheld several thousand dollars worth of tax on convertible debt instruments that underwent taxable CRAs.