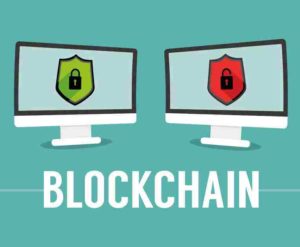 In another entry of blockchain into a new operational realm, Northern Trust’s announcement that it has installed the first functioning blockchain for private equity funds administration has been drawing a lot of attention.

Yet that’s no guarantee that institutional investors in private equity funds or other fund administrators will be enamored with the idea. say investment, operations, and compliance managers. “Investors will likely be conducting even more due diligence on the fund manager than was previously the case,” explains Timothy Ng, chief investment officer for Clearbook Global Advisors in New York, which specializes in asset allocation strategy for buy-side firms.

While there are plenty of well-publicized cases of banks and broker-dealers testing the use of blockchain for a variety of trading and post-trade functions, Northern Trust can lay claim to a live use. Custom-built for Switzerland-based management firm Unigestion, the blockchain application was co-developed by Northern Trust and IBM using Hyperledger’s Fabric code base. The distributed ledger features an active mode that is already providing real-time data to a European regulator, the Guernsey Financial Services Commission in the tiny British island of Guernsey. Based on Northern Trust’s press release, the regulator will now have access to the same information as others on the blockchain and considerably faster than is currently the case through other reporting systems.

Northern Trust declined to comment for this article, but the president of its corporate and institutional services business, Peter Cherecwich, has already publicly touted the blockchain solution as offering private equity fund managers a shorter time to market. Private  equity fund managers can collect more customer funds more quickly because the paperwork involved in the subscriptions and capital call process might be eliminated.

Private equity fund managers should love having investors, their consultants or attorneys input data electronically, which can then be stored and registered onto the blockchain immediately rather than have to fill out lengthy paper-based documents, which must then be reviewed by the fund manager, the fund manager’s legal counsel, the investors’ legal counsel and the fund administrator. Cherecwich and other Northern Trust officials have never publicly quantified just how much more quickly the subscriptions process could take place, but private equity fund experts contacted by FinOps Report speculate that it could be reduced to a matter of days rather than weeks or even months.

Equally as important to any of Northern Trust private equity fund managers could be just how using blockchain could help quicken the timetable for any change in ownership of a fund in the secondary market. Distributed ledger technology, as blockchain is otherwise known, could also speed up the process by which the private equity fund manager communicates any changes in the portfolio which would have to be communicated to investors.

Without commenting specifically on Northern Trust’s implementation, Chris Brodersen, an executive in the blockchain technology unit of global consultancy Accenture in New York, believes that the private equity fund market is ripe for change. “The private equity funds industry has long been too paper-intensive with manual-based processes needed to draw up contracts for investment and exchange ownership of shares in the secondary market,” he explains. As is the case with other potential implementations of blockchain, industry sectors such as syndicated loans and bond issuance which involve few transactions with a select pool of investors are best suited for distributed ledger technology.

Yet do the possible benefits of quicker interactions with investors give a private equity fund manager a competitive advantage with investors? Not exactly, cautions Ng. “Investors in private equity funds are rather sophisticated and the use of blockchain is an entirely new phenomenon when it comes to investor communications and disclosures.” Among the questions they will be asking are: how will you keep my data secure, how will you keep your data secure, how will you address a data breach, who will have access to the blockchain, how will money be transferred in and out of the fund, how will you ensure accuracy of investor information, and will you evidence ownership through a digitized token or smart contract.” IBM has said that access to nodes on the blockchain will be secured via IBM’s hardware security modules which are offered as part of the company’s high security business network. That network is custom-built for blockchain users.

Once consisting of only a fraction of the hundreds of due diligence questions posed by a potential investor, operational risk now takes up at least fifty percent, say Ng and other investment specialists. If an investor isn’t satisfied with the policies, processes and procedures followed by the fund manager, it could decide to take its money elsewhere regardless of how well the manager has performed.

Five compliance managers at US pension and endowment plans contacted by FinOps Report about Northern Trust’s initiative acknowledge that while the private equity fund administrator’s move is bold, they would still prefer to do business the old-fashioned way– through paper-based documents. “The use of blockchain is still in its infancy and without US or UK regulators setting up specific guidelines for its use, we wouldn’t be comfortable,” says one compliance manager at a US pension plan. “We would love to see a no-action letter from a regulator in a major market.”

Likewise, say the compliance managers, the snail mail approach isn’t harming anyone. “Fund managers might think that they will benefit from an influx of investors, but with only a handful of investments in any given private equity fund and infrequent capital calls, what’s the real problem blockchain is solving?” asks the compliance manager of a US endowment plan. “We will still need attorneys involved and they will have to be trained in blockchain. It’s a steep learning curve for everyone.”

Given the understandable industry hesitation to accept a blockchain solution for private equity fund administration, where does that leave Northern Trust? Joshua Satten, director of the fintech practice for global technology consultancy Sapient, points out that Northern Trust’s implementation of blockchain technology won’t impact calculation-heavy procedures such as valuations. “At best it would speed up the legal and notification processes related to subscriptions, redemptions, capital calls and changes of ownership. Therefore, it remains to be seen what impact that would have on investor interest,” he says.

As blockchain is ultimately envisioned to provide investors with greater transparency with regards to asset valuations and monitoring, will private equity fund managers reduce their two percent management fee because some of the required information will be available on blockchain, questions Clearbrook’s Ng. It is possible that investors could even end up paying new fees. Blockchain network providers could decide to charge a transaction fee for each completed trade or a subscription fee based on an investor’s assets under management.

What do Northern Trust’s fund-administration rivals think of its implementation of blockchain? So far, five contacted by FinOps don’t seem worried about the potential competitive edge. “Fund managers and institutional investors in private equity funds will be asking a lot of questions about how the use of blockchain will actually help their businesses,” cautions Michael Gottstein, chair of Berdon Fund Services, a private equity fund administrator based in New York. “It’s still too early to tell how well the idea will be received, because there will be a process of trial and error as is the case with any game-changing technology.” Fund administrators, he believes, must be willing to take on additional initial development costs and risks before making the plunge into DLT.

Northern Trust’s Cherecwich has said that the bank isn’t rushing to add new fund managers to its blockchain platform any time soon. Such a slow-paced approach fits well with an innovative technology and Northern Trust’s own growth strategy.

“Northern Trust is not known for increasing its size in a given market by winning a multitude of long-short managers. It focuses on large investment or sovereign fund managers investing in unique non-exchange traded instruments,” says Satten, who previously served as an enterprise business architect at Northern Trust.

Therefore, he reasons, it should come as no surprise that Northern Trust was the first to venture into the blockchain space in a specific European country with a distinct alternative product. If nothing else, the bank has certainly increased its brand awareness in a market space where it might otherwise be hard to find a competitive distinction.