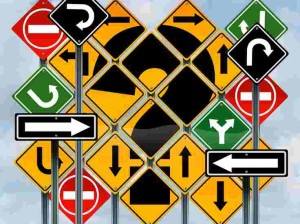 FinOps takeaway: You can’t second-guess the investor; be ready for everything.

Although the third phase of the US Internal Revenue Service’s new rules on cost-basis reporting — those affecting accounts in debt instruments — technically became effective in January 1, 2014, broker-dealers and other financial intermediaries have plenty more operational blood, sweat and tears to spill before their work is done.

“There will likely be a tsunami of calls from confused investors who don’t understand their tax reports and some incorrect reporting by financial firms which will need to redo their work,” warned Bob Linville, director of product management for cost-basis software vendor Scivantage who spoke on Thursday at a New York City event on regulatory tax reporting hosted by Minnetonka, Minnesota-headquartered software firm Convey.

The reason: broker-dealers, banks, and transfer agents must send both investors and the IRS revised forms that provide more detailed information on the correct cost basis of their investors’ covered securities, including for the first time, the adjusted basis, holding period and safe proceeds for simple debt securities purchased after January 1, 2014. This way investors can properly report their gains and losses and pay the right tax on the sales of such securities. Investors have historically relied on an overly simplistic figure of gross proceeds, but doing so could easily underestimate their tax liability.

Making compliance onerous for broker dealers and other financial intermediaries is the decision by the tax agency to let investors choose from not just one or two, but four calculation methodologies. And they can change their minds, leaving the financial firms to do the math all over again. For those not deciding, the IRS has allowed broker-dealers to default — or select one of two options for them.

Granted, broker-dealers, banks and other financial intermediaries do have some experience in cost-basis reporting rules. They have already gone through the wringer when it comes to equities, dividend reinvestment plans and mutual funds. But fixed-income securities are an even more complicated asset class. There are dozens of permutations and the methodologies which can be used to calculate the cost basis can be mindboggling. And the 2014 rules apply to just simple debt instruments. In January 1 2016, when certain complex debt instruments purchased after that date will be covered, the calculations will become even more difficult and finding the necessary reference data even more challenging.

Here is a high level summary of each of the four methodologies now applicable for simple debt instruments:

1. Accrue Market Discount Using Constant Yield: This choice allows the investor to accrue market discount (which is reported as income) on a curve based on yield, rather than on a straight line. As a rule of thumb, this method has the investor realizing slightly less accrued market discount in the first years they hold the bonds and more in later years, resulting in potentially smaller amounts of ordinary income if the bonds are sold at a gain earlier.

2. Include Market Discount in Income As it Accrues: An investor chooses to recognize in taxable income the accrued market discount annually over the life of the bond.

3. Not to Amortize Bond Premium for Taxable Bonds: For a bond acquired at a premium, the investor is allowed to amortize some of the premium each year and thereby reduce reportable interest income. Brokers are required to assume that the investor wants to amortize bond premium — a stance which will be advantageous for most investors. However the investor does have the option to not amortize bond premium, the non-amortized premium amount will become a capital loss when the bond is sold or redeemed.

4. Treat All Income as OID: This option eliminates the need for separate tax calculations (under separate and slightly different rules) for bond premium, interest payments, OID and market discount. Accountants will find it easier to calculate annual income this way and it condenses the annual return from a debt security into a single number on a 1099OID tax form. However, the option may not be financially beneficial to many investors, say tax experts.

Presumably, broker-dealers and other financial intermediaries have correctly programmed each of the four options into their tax calculation and reporting engine. But that’s a pretty big presumption. Until the IRS released the its cost basis reporting rules, many brokers had systems that were reasonably accurate based on only one methodology, but not tax compliant. It can be a big task to reengineer systems and remove assumptions that have been built into the process.

Even the most diligent brokers may have spent far more time programming for the one or two choices they believed would be most popular. Unfortunately, predicting customer behavior is not an exact science. “Most brokers initially expected that clients who were paying attention to the new rules would want them to rely on the accrue market discount using the constant yield method,” said Linville. The reason: it typically reduces their taxable income. What did investors select instead? The OID methodology, which ironically doesn’t result in much financial benefit.

Bottom line: financial firms need to prepare for every possible customer election even if only one of their hundreds if not thousands of clients select it. Here is Linville’s recommended gameplan:

1. Test the applicability: Have you correctly identified bonds that have variable rates, tax credits or other factors that make the rules apply in 2016 instead of 201?.

3. Audit the results: The tax code hasn’t changed; the IRS just changed its reporting requirements for brokers so they have to now do the calculations accountants have been doing for the past thirty years, said Linville. Your auditing firm should be able to tell you whether your calculations are accurate.

Conlon compared the approach to climbing K2, one of the world’s most treacherous mountains. “You need to prepare years in advance for the challenge and get to the base camp early enough to acclimate to the challenging conditions,” she said.

Because broker-dealers and other intermediaries are now on the hook to make the right calculations and do the correct reporting to the IRS, they should expect some investors to compare their calculations with the investors’ own and those of their accountants. “Hopefully, the broker-dealer and investor will have the same cost-basis figures, but there is a good chance they won’t,” cautioned Stevie Conlon,  senior director and tax consultant for Wolters Kluwer Financial Services in Waltham, Mass who spoke on regulatory tax reporting at the event. The reason: they may have different reference data about the bonds or did the math differently.

“Given that debt investors could be sophisticated buyers with investment advisers, it stands to reason they will be the most rigorous in verifying the calculations of their financial intermediary broker-dealers and will generate the most calls,” said Conlon.

With likelihood of conflicting reporting numbers, broker dealers, banks and other financial intermediaries can expect receive a slew of calls from investors — triple the current volume, predict some brokerage tax operations specialists. Simply throwing extra bodies at the problem won’t help if they don’t know what to say when asked to explain the discrepancies between what taxpayers calculate to be their cost-basis figures and what the financial firms say are their figures.

That’s in a worse case scenario. Less cumbersome questions may arise about whether to make a change to the methodology already selected, why the financial firm followed a different approach than the customer wanted, or made a decision when the customer didn’t state a preference. The easiest one to answer could be the one about the “default” mechanism — it’s the one the IRS allows them to. End of discussion.

Except for one huge factor: what if the client never received any documentation from  the broker asking to select a methodology?

“Large brokerages with institutional clients will probably start the client communications process early,” said one brokerage operations manager attending the Convey-hosted event. “That’s may not be the case with smaller brokerages, which could find themselves scrambling at the end of the year.”

His firm’s policy: “If caught in a spot, our customer service representatives will not engage. They will simply ask the customer to put his or her complaint in writing,” he told FinOps Report.

So how can a customer service representative actually respond to most questions? Without getting into tax benefits, he or she should at a bare minimum be able to explain which information in which boxes on which documents sent to investors should be used to prepare their taxes, said Linville. For example, the figure for accrued market discount would be reported as income while the figure for accrued bond premiun offsets income, so it is akin to a deduction.

What happens if an investor asks to go through the math? That’s a task which should be taken on only by a select few who are actually capable — let alone willing– of walking an investor or advisor step by step through the calculations.

“The calculations can be done in an Excel spreadsheet, but it will likely be a large spreadsheet with lots of formulas,” said Linville. “Hence, customer service specialists assigned to the task must have a high comfort level with higher-level math.”

After the publication of this article, Wolters Kluwer Financial Services and Broadridge Tax Services announced they had teamed up to offer a combined tax reporting and investment compliance solution to help financial firms meet the US Internal Revenue Service’s cost-basis reporting requirements for all financial instruments, including simple debt instruments. Wolters Kluwer’s application Gainskeeper will provide all of the necessary calculations to complete the tax forms for investors and the IRS while Broadridge Tax Services will provide actual tax reporting for investors and the IRS.