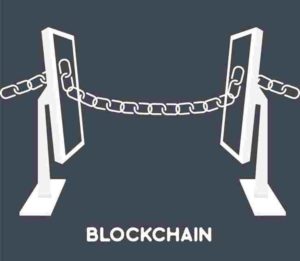 Can smart contracts be made smart enough to be accurate, ensure the right balance between confidentiality and transparency, and reach widespread acceptance?

Yes, but not without a lot more work. That is the consensus of a group of blockchain developers, advocates and analysts that spoke and attended a recent event held by the Wall Street Blockchain Alliance (WSBA) at New York Law School in New York. For all the talk of proof of concepts and pilot programs, the use of smart contracts on blockchain technology is still limited to a handful of financial applications. C-level executives apparently haven’t been sold on its merits and are worried about moving beyond the development stage.

“The biggest mistake financial firms can make is to fail to take into account all of the risks involved, such as coding errors and bugs,” cautions Houman Shadab, a professor of financial law at New York Law School. “With just one error the code could introduce a new action that was not anticipated in the written contract.”

Knowing how to create a blockchain-based version of digital contracts is a self-taught process that only a handful of attorneys have managed to master. Blockchain, formerly known as distributed ledger technology, represents an immutable way of recording data, transactions and agreements that need to be independently recorded and verified as having occurred. “A smart contract comes down to a series of workflow steps of what activity needs to take place, when and under which circumstances,” says Preston Byrne, chief operating officer and counsel for Monax Industries, a New York-based smart contract applications firm. Acting on data embedded in the blockchain, the contracts provide the rules by which the data-driven relationships exist and should include who will enforce the contract in the event of a breach.

Although written legal contracts are typically put to the test when they must be enforced in a court of law, smart contracts can be tested the same way software applications are, says Bryne. He recommends that financial firms relying on smart contracts verify that every possible permutation of the workflow’s execution works to ensure that no unexpected or unforseen results arise.

Ari Juels, a professor at the Jacob Institute at Cornell Tech in New York, also suggests using bug bounties to find inaccuracies and using so-called escape hatches to alter the execution of a smart contract under certain circumstances. Software firms typically offer big bounties — or cash rewards — to those in the developer community who can find serious glitches in their products. Likewise, says Juels, bounties can be offered for bugs that demonstrate a smart contract contains design flaws. Investors in the Decentralized Autonomous Organization (DAO) recently found out only too late that a programming error enabled a hacker’s attempt to siphon off about US$60 million in cryptocurrency.

Yet another approach to prompting accuracy is using an escape hatch to prevent an unauthorized withdrawal of funds for a certain period of time. Monies that flow out of the smart contract can flow into the escape hatch buffer that prevents them from being delivered until the transaction can be validated with a separate send call. What prevented theft in the DAO scenario is that the smart contract required investors to wait several weeks before withdrawing funds, giving the blockchain community an opportunity to prevent the hacker from actually receiving the stolen money.

The easiest way to ensure accuracy is keeping the process short and simple, according to Joshua Klayman, who leads the blockchain and smart contracts practice at the law firm of Morrison & Foerster in New York. That can mean minimizing the use of the code to an easily definable process involving if-then statements which doesn’t need too much interpretation. “The simpler the transaction — meaning the less human discretion that must be used — the more easily it is adapted to a smart contract,” she says.

To increase the chances that a transaction will be interpreted and enforced in the manner expected, certain terms of the smart contract transaction can be pre-agreed by the parties involve, says Klayman. Those include governing law, indemnification and provisions on the choice of jurisdiction.

Yet another obstacle to widespread adoption of smart contracts is finding the right balance between transparency and confidentiality. “While financial institutions often tout the benefits of transparency, they hesitate to share information on blockchain,” says Juels. One commonly used option, designing a cryptographic dash or fingerprint of sorts to represent the smart contract, isn’t flexible enough to have a sufficient amount of information disclosed. A better answer is a software-based solution run with zero-knowledge proofs or what Juels and others call “moon math.” One example is the ZK-SNARK technology that allows counterparties to control how much information they want to share about themselves as well as who can see what. “The moon math allows for the validation of the smart contract without disclosing any details.” says Juels.

Perhaps one of the biggest challenges to the further development of smart contracts is the one often overlooked: how to verify the components of the financial instrument and the desired function. That is where standards are needed, according to Mike Meriton, senior director of the EDM Council, a trade group promoting data management standards. Global message network SWIFT has developed a proof of concept with Monax Industries on how the ISO 20022 message standard can be used in blockchain technology to express specific data content in financial instruments and functions between multiple parties. The smart contracts, written in Solidity. represented asset servicing across the full lifecycle of a bond trade.

The EDM Council’s Financial Industry Business Ontology (FIBO) would provide further structural validation to ensure completeness and consistency for data exchange. “This higher level of standardization becomes the ‘smart contract’ for blockchain by verifying that the financial instrument contains all of the content required,” says Meriton.

Originally developed to support harmonization of data across internal repositories, FIBO’s adoption for blockchain technology could certainly accelerate its use across multiple firms. The EDM Council is in talks on FIBO-related tests with industry consortia such as ConsenSYS, Ethereum and R3. Two initial target financial instruments are interest rate swaps and corporate bonds.

However, even fixing practical obstacles won’t ensure that C-level management will be willing to make the investment. One common hesitancy — the lack of explicit regulatory guidance — shouldn’t exist at all. “The fact that the contract is written in code doesn’t require any new rules. It is the function for which the contract is used which determines the applicable regulations,” explains Richard Levin, director of the financial technology practice at the law firm of Polsinelli in Denver. “That could be registration as a broker-dealer, exchange or investment adviser with the Securities and Exchange Commission. Likewise the Commodities Futures Trading Commission could require registration as a dealer or exchange.” Of course, when in doubt, Levin recommends asking for a no-action or interpretative letter as a precautionary measure.

Presuming the financial firm isn’t overly concerned about regulatory glitches, what then? How about coming up with a return on investment cost benefit analysis. “We look for blockchain projects that are truly innovative and not just incremental in benefit. Therefore, we focus on projects that can deliver more than a 50 percent cost savings over existing infrastructure,” says Emmanuel Aidoo, director of blockchain and distributed ledger technology at Credit Suisse in New York. “Reducing capital requirements is also critical.”

Meeting that litmus test must also take into account how smart contracts on blockchain technology might affect existing workflow process. “If the task can be efficiently done through current procedures, using smart contracts is unlikely to score points at C-level management,” cautions Marc Alvarez, chief data officer for Mizuho Securities USA. He considers regulatory reporting as a strong case use.

What’s Next or Not

Not all blockchain products will come to fruition and failures will far exceed successes, say panelists at the Wall Street Blockchain Alliance-hosted event. So far, equity and bond issuance, swap event management, and syndicated loan settlement top the list of what could be achievable through the use of smart contracts. Earlier this year US market infrastructure Depository Trust & Clearing Corp. (DTCC) completed a proof of concept with blockchain technology developer Axioni, Markit and several banks which tested the use of smart contracts and distributed ledger technology to manage the post-trade lifecycle for a credit default swap. Further development is set for 2017.

Credit Suisse and the R3 blockchain consortium are spearheading a proof of concept with Synaps Loans, a joint venture created by Symbiont and Ipreo to apply blockchain technology to the settlement — or confirmation of trade details — on syndicated loans. “Our hope is that in 2017 we could go live on the Synaps platform with a very small number of syndicated loans,”says Aidoo.

Reconciliations– or cleaning up discrepancies between applications– was also cited as a potential use of blockchain although no one appears willing to divulge whether any pilot tests or proofs of concept have been implemented. “A single immutable source of data which could potentially be made possible through distributed ledger technology, vastly reduces the need for multiple internal reconciliations and the risk of trade or reporting errors,” says Dayle Scher, an analyst with New York based Tabb Group in a recent report entitled “Inside Reconciliations: Capital Markets Dirty Little Secret.” The total costs of ownership for the reconciliations process, personnel and systems could be dramatically reduced or completely eliminated with a private blockchain.

Perhaps the most revealing aspect of using smart contracts and blockchain technology is the one none of the panelists or attendees at the event hosted by the WSBA were willing to discuss. That is further shortening the US settlement cycle, which will be a two day cycle as of September 5, 2017. DTCC officials would only confirm that they speak to many blockchain technology vendors. one of which is Paxos. Formerly known as itBit, Paxos previously disclosed that it was seeking industry input to use blockchain technology for real-time settlement.

“The real-time settlement goal may be neither scalable for DLT nor what many in the industry desire,” says Javier Paz, an analyst with Aite Group in a recent report entitled “Blockchain’s Role in Settlement: The Good, the Bad and the Old System That Works.” One issue which has yet to be resolved is how to balance the benefits of multilateral netting offered by DTCC subsidiary National Securities Clearing Corp. with the elimination of counterparty risk using blockchain technology. Real time settlement eliminates counterparty risk, but multilateral netting reduces the number of transactions settled and collateral transfer costs.