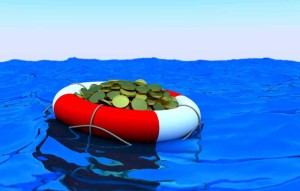 That is the average cost a fund management firm could incur for correcting failures to settle their collateral requirements for bilateral swap transactions in 2020. The amount comes to US$2.4 million for a broker-dealer.

These sobering figures, delivered in a document entitled “Implications of Collateral Settlement Fails: An Industry Perspective on Bilateral OTC Derivatives,” are based on the expectation by US market infrastructure Depository Trust & Clearing Corporation (DTCC), international securities depository Euroclear and global consultancy PricewaterhouseCoopers of exponential rise in margin calls and collateral movements. For fund managers, the US$3.6 million represents a whopping 407 percent increase from projected costs in 2016, while for sell-side firms the US$2,4 million would be a 377 percent hike.

With new rules for bilateral clearing of OTC derivatives starting this year, buy and sell-side firms have plenty of reason to pay closer attention to whether they are efficiently handling their margin calls. Though its services are never mentioned as a possible solution in the white paper, it’s hardly coincidental that DTCC and Euroclear’s  joint venture DTCC-Euroclear Global Collateral Ltd is being promoted a way of reducing the common reasons for collateral management fails. Those are incorrect or incomplete instructions, manual processes and insufficient collateral. DTCC and Euroclear announced the creation of Global Collateral Ltd back in 2014 as a way of handling the rising collateral requirements due to regulatory mandates.

Cleaning up collateral settlement fails is a multi-task process which can take already overworked middle and back-office operations staffers on average two days to complete.That is, unless they have to escalate the problem to senior management. Remediation includes identifying the fails, locating their causes, collaborating with clients as well as counterparties and custodian banks. The projected cost for fixing fails reflects the average time it takes to fix the fails, the average number of annual fails each full-time company employee must handle and the estimated total number of collateral movements involved. DTCC and Euroclear are also basing their projections on a conservative estimate of an annualized three percent fail rate.

As of September 2016, fund managers, broker-dealers and banks trading large notional values of swap contracts will be required to post initial margin for uncleared swap transactions — those processed outside of a central clearinghouse, which account for about 40 percent of all swap trades.  The regulatory mandate will likely hit fund management firms which meet the “material swaps” and threshold requirements the hardest, because they likely never posted margin beforehand.

Fund management shops will need to calculate the value of the collateral and which assets to use. The nightmare scenario of a totally non-automated fund shop that depends on spreadsheets, emails and faxes to do the calculations, execute the margin calls — or requests for more collateral — and confirm the transfer of collateral is a recipe for too-frequent fails, say providers of supporting. This is particularly so if more than one custodian bank is used. In their role as outsourced agents for fund management firms, or at the very least the receivers and deliverers of collateral, custodian banks could also suffer for their client’s operational chaos.

“Fund managers typically leverage multiple custodians, each with a different level of automation and reporting,” says Ted Leveroni, chief commercial officer for DTCC-Euroclear Global Collateral Ltd. “These operational differences create an extra layer of complexity for investment managers and make it difficult to accurately track settlement statuses across their books of business.”

Here is how the service would work relying on a combination of AcadiaSoft and DTCC platforms. AcadiaSoft’s MarginSphere would receive trade positions and information on margin requirements from counterparties, match the margin amounts and call amounts, handle the pledging and acceptance of collateral to cover agreed call amounts and reconcile any discrepancies and disputes. An electronic feed would be taken from AcadiaSoft’s margin call messaging service that holds the details of the agreed collateral movement to be enriched with the appropriate settlement instructions from Omgeo’s Alert database. Two corresponding SWIFT settlement instructions — a deliver instruction and a receive instruction — would be issued to the delivering party or its custodian and the receiving party of its custodian. The Global Collateral Ltd service would then monitor the settlement parties for confirmation and report the settlement status of each collateral movement to each party.

This entirely automated scenario sounds like a grand solution, but will every fund manager bite? Not exactly. Those which already rely on AcadiaSoft, other collateral management platforms as well as a single custodian would likely be happy retaining the status quo. They would already have part of the communication efficiencies and their custodian would easily internalize the movements of collateral on is own books as debits and credits as long as the broker-dealer counterparty used the same custodian.

“Given the new regulatory requirements, it makes sense for larger fund managers using multiple custodians to internalize as many collateral settlements as possible in a utility structure,” says Michael Barrett, vice president in charge of the collateral management practice at financial services consultancy Genpact Headstrong Capital Markets in New York. “That said, much of the initial margin required in September could end up in US Treasuries and most of the major dealers have decided to use BNY Mellon as their triparty custodian given that it is already the clearing bank for most of the US dealers.” Given the scale of BNY Mellon’s business and its strength in servicing the sell-side, the bank will be able to deliver benefits similar to the Global Collateral utility, Barrett reasons. In fact, it could even do more, such as providing collateral substitution and transformation.

A statement issued by AcadiaSoft in July 2015 referring to its affiliation with Global Collateral Ltd did not include the name of BNY Mellon as an investor in AcadiaSoft,  leading some fund managers to speculate that BNY Mellon may view the initiative as a competitive threat. BNY Mellon did not respond to questions on the matter posed by FinOps Report and DTCC referred questions to AcadiaSoft. However, with others such as JP Morgan, BNP Paribas, Citi, Societe Generale, UBS, BofAMerrillLynch, Barclays, Credit Suisse, Deutsche Bank, Goldman Sachs, and HSBC listed as either new or existing investors of AcadiaSoft, the new Global Collateral Ltd appears to have achieved substantial initial support.

No fund managers have publicly announced their interest in Global Collateral Ltd, but US industry sources tell FinOps Report that Pimco and Franklin Templeton are expected to sign up. Officials at CloudMargin, which operates a cloud-based collateral and margin management platform, also say that, since some of their fund managers are eager to use Global Collateral’s messaging and reporting service, the technology firm will eventually link its platform to the utility. CloudMargin has already connected its application to AcadiaSoft’s MarginSphere.

Initially, the services of Global Collateral will be focused on automating the communications and reporting process in the transmission of collateral, which will a scenario to go live later this year. Down the road, the second phase called the Financing Solution will be introduced which would extend Euroclear’s Collateral Highway triparty services to the US to mobilize Fedwire-eligible US Treasury bonds and DTCC-held assets as collateral. A so-called “single collateral pool” could allocate assets electronically to either DTCC and Euroclear participants.

Time is short for fund managers, broker-dealers and custodians to choose among the automation alternatives, if they want to be ready for the start of the new margining regime. Regardless of what they ultimately select, at the very least the DTCC-Euroclear white paper should give them plenty of justification for the investment.