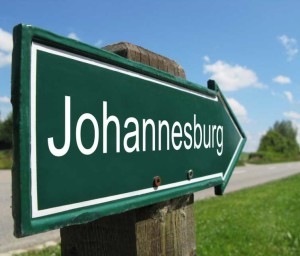 (Editor’s Note: This article was updated on February 29 to reflect the JSE’s announcement on February 26 that it had selected July 11 as the go-live day for T+3.)

South Africa is in the last lap of a longstanding project to shave two days off its current five day settlement cycle, even though the new shorter cycle will still be a day longer than more than 100 other markets.

Thirty European markets migrated to a two-day (T+2) settlement cycle in October 2014, while Australia will do so in March and the US, now at T+3, is planning for T+2 sometime in 2017. The go-live date for the JSE, has just been set for July 11, reflecting successful testing, market readiness and feasibiliity, say JSE officials. The goal is to ensure no end-of-month futures contract closeouts, or other end of month or year operational requirements for member firms. Although the JSE is not expecting any last-minute glitches, it has set aside July 18 as a backup date.

Because the JSE, Africa’s largest exchange, plays a huge role in the post-trade process, it is faced with making most of the operational changes necessary for settlement to take place. Securities depository Strate handles the final irrevocable delivery of securities versus payment in central bank funds. The depository also changes the ownership of accounts in nominee name on its books.

July 11 will be the beginning of a hectic week. Trades executed on the previous week will be settled under a T+5 timeframe, while that week’s trades will all be settled on a T+3 timeframe — making the late week the notorious “witching days” of both cycles processing simultaneously.

For the more than 100 operations and technology staffers now working on the T+3 project at the exchange and Strate, achieving the new timetable comes at the end of a long road. Migrating to T+3 was often discussed during the tenure of the JSE’s former chief executive Russell Loubser who left in 2011, but it was not until Nicky Newton-King took over that year that the idea gained traction with the support of the Financial Services Board, the country’s regulatory agency.

“The JSE has designated the T+3 project as its number one priority,” asserts Leila Fourie, director of post-trade and information services for the JSE. Hired to lead the T+3 project in March 2012, achieving a three-day settlement cycle will also mark the end of her tenure at the exchange. She will be leaving after her job is completed.

Fourie won’t specify the pricetag for the T+3 project, but insists it is under budget and on time. The first phase of the three-phase process, which focused on changes to the JSE’s proprietary broker-dealer accounting (BDA) system, was completed in July 2013. The second phase — replacing the JSE’s legacy trade monitoring system with a new home-grown equities clearing system (ECS) — took place in October 2014. The change included shifting some clearing and settlement functionalities from the BDA system to the ECS, which is designed to handle high volumes of potential rolling of trade settlement. The ECS will now be responsible for margin and netting work, while the BDA will continue to function as an outsourced  back-office system for South African broker-dealers, handling trade matching, accounting and portfolio management work.

The BDA has been enhanced to work in real-time rather than batch process, enabling trade confirmations and settlement instructions to be processed almost immediately after allocations are received. That change is essential for a T+3 settlement cycle, because trades executed on the JSE must be affirmed by 6 p.m. on the day after the trade is executed (T+1). Under the current five-day cycle, the affirmation must occur by noon on T+2. The affirmation can take place either through the BDA or a platform operated by Omgeo. The JSE’s rules and directives allow broker-dealers to consider a trade affirmed, even if it isn’t as long as broker-dealers send out a trade confirmation. Therefore, as Fourie says, 100 percent of trades will be affirmed by the T+1 timetable when T+3 takes place.

What’s left for the JSE to do in the third phase of the T+3 project? Having completed internal testing in July 2015, the JSE is conducting end-to-end testing with its participants to determine whether an executed trade can be matched, cleared and settled within the three=day timetable. “This testing process also includes changing transaction volume and implementing various scenarios such as a change to the ex-date for corporate action entitlements, multiple types of corporate actions, and rolling of settlement,” says Fourie.

The last phase of the testing process, expected to be completed by May 2016, also includes eight central securities depository participants (CSDPs) — typically custodian banks. The nine CSDPs — RMB, Standard Bank, Nedbank, Link Market Services, Computershare, Societe Generale, Citi, and Standard Bank — have to alter their back-office systems to address the new deadline for committing to the JSE that the trade can be settled. The deadline for semi-irrevocable commitments will be at the end of T+1 and can only be reversed if their clients go into liquidation or curatorship. The guarantee will become final and irrevocable as of 4 p.m. on T+2. If the semi-irrevocable guarantee is not made by the end of day on T+1, the JSE will ask for margin from broker-dealers.

Under the current T+5 timetable, semi-irrevocable commitments are due by the end of day on T+3 and irrevocable commitments are due by noon on T+4.  The change in the scheduling for commitment from CSDPs means that those organizations must also speed up their communications with customers from the current noon on T+3 to 6PM on T+1 to ensure they have the correct settlement instructions, cash and securities on hand.

Operations managers at two custodian banks in Johannesburg tell FinOps Report that they are hopeful the shortened settlement cycle will increase liquidity in the South African market and bring additional transactions from asset managers to bolster their revenue stream. However, the potential for increased numbers of trades that fail to settle on time is always in back of their minds. South Africa now has close to a zero fail rate, because of its lengthy settlement cycle. Some custodians tell FinOps that it was the fear of more settlement fails that kept the JSE from moving to a T+2 settlement cycle in favor of T+3 instead.

Given that so many of the world’s markets have already moved or are planning to move to a T+2 cycle, it stands to reason that Johannesburg may ultimately want to do the same. However, reducing the settlement timetable from T+3 to T+2 may be even harder, as firms that have done it in the last few years can attest. The shorter the process, the more urgent the need for speed and precision every step of the way. The challenge has provided a bonanza for software, communications and consulting firms, aiding financial firms to meeting the higher standards of communication and throughput in T+2.

The JSE is migrating to T+3 on a upgraded legacy BDA platform, but pushing the existing systems to perform under a T+2 scenario could be even riskier in terms of fail rates.  For now, at least, the JSE will have to make due with a not-insignificant two-day reduction in settlement time.