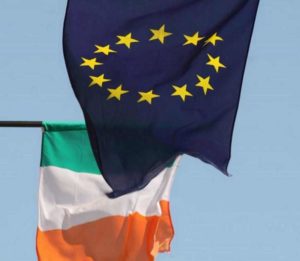 Update (May 3, 2018) Bank and broker-dealer members of Euroclear UK & Ireland now have to worry about where they will settle trades in Irish equities post-Brexit. They will no longer be able to do so through the shared UK and  Irish depository and parent Euroclear recently announced that it has abandoned plans to set up a new central securities depository in Ireland post-Brexit. Euroclear had issued a white paper on its intentions in February 2018 and won’t specify its reasons for its change of heart other than to say it comes after discussions with Ireland and the UK’s central banks.  Euroclear says it will explore other alternatives for Ireland and Euroclear UK & Ireland will continue to settle trades in Irish equities for an interim period after March 2019.

It isn’t every day that a country needs a new securities depository. But that’s the case with Ireland. When the UK exits the European Union, Ireland may no longer share its depository — Euroclear UK & Ireland in London.

Ireland’s Ministry of Finance has tapped the Central Bank of Ireland to accept submissions from organizations to become Ireland’s new securities depository. “The Minister considers the establishment of an Irish-based CSD would be best to ensure the smooth continuation of settlement services to market participants and in doing so, support financial stability,” says the Ministry in a statement. ” To this end, the Minister encourages applications to the Central Bank of Ireland to establish a CSD in Ireland in acceptance with the CSDR.” The Central Bank has not announced when it will make a decision.

“We have been engaging in close, regular and constructive detals with the Irish market and Irish authorities, including the central bank and Department of Finance on this issue,” says a spokesperson for Euroclear’s parent in Brussels in a statement to FinOps Report. The settlement of Irish government bonds will remain with Brussels-based international securities depository Euroclear Bank, which took over that role from Ireland’s central bank in 2014.

Using another European securities depository for settlement of Irish equities could offer Ireland the benefits of the European Central Bank’s Target2-Securities platform. Participation in T2S could reduce settlement costs for Irish equities and reduce the need for Irish banks and broker-dealers to hold collateral and liquidity in multiple depositories across EU markets.

So why doesn’t Ireland just rely on another European securities depository? Ireland’s Ministry of Finance offers the following explanation in its statement: “An Irish-based CSD that can meet the requirements of Irish market participants will provide increased choice and an opportunity to all Irish market participants currently serviced by CSDs outside Ireland to re-locate that business to an Irish-domiciled entity.”

Several Dublin-based custody managers contacted by FinOps believe that using Luxembourg-based Clearstream would have been the best choice to take over the settlement of Irish equities. That is because the Irish Stock Exchange uses the same trading platform as the Deutsche Boerse and Irish equities are cleared through Eurex Clearing. Clearstream and Eurex Clearing are owned by the Deutsche Boerse.  Large custodians, such as BNY Mellon and JP Morgan Chase, which are huge players in the Irish custody market, were seen as unlikely candidates by market players who spoke with FinOps because of their past difficulties with establishing European depositories.

Given that the Irish central bank seems to be taking a rather unhurried approach to finding a new securities depository, those same custody managers speculate that Euroclear may ultimately create a new depository for Ireland. What does Euroclear say? “We are well-advanced with our planning and we are considering the establishment of a new central securities depository in Ireland fully in line with the Minister’s statement,” says the spokesperson for Euroclear in Brussels.

However, a potential Euroclear solution seems to be far from settled. When pressed by FinOps to either confirm or deny that Euroclear was ready to commit to operating  the new depository,  the spokesperson said, “The details of the services that would be opened by a possible new central securities depository in Ireland have not been decided yet and are part of ongoing discussions with the Irish market and authorities.”