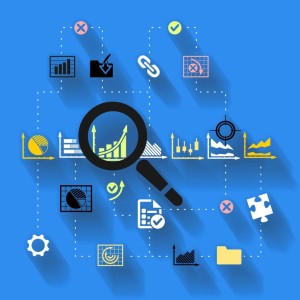 Global custodians always claimed to be selective about who they did business with.

After all, billions if not trillions of dollars worth of client assets are at stake.

Well now they have to be even more cautious about who they have selected as their subcustodians or local agent banks across the globe, and many are turning to third-party reporting services for help. Global custodians will have to monitor those subcontracted service providers — and others they didn’t even hire themselves — a lot more thoroughly on an ongoing basis, thanks to the new Alternative Investment Fund Managers Directive (AIFMD) and UCITS V. Trust, but verify has become the new motto.

Global custodians already perform due diligence when selecting a subcustodian and in maintaining the relationship. They investigate operational procedures, such as how assets are held, how clearance and settlement takes place, how a subcustodian links with its local central securities depository, and what safeguards are in place to prevent bankruptcy, fraud or embezzlement. Network specialists at global custodians also visit their local agent banks on an annual basis to ensure everything is going well, and they receive daily reports on any operational glitches which might occur. Some examples: whether there is a problem settling trades or confirming they have been settled.

So what’s new and different from the status quo? Not much, if the global custodian has been doing its job correctly. But with AIFMD and UCITS V now holding global custodians, which would serve in the new expanded role of depositaries, to a far higher standard of liability, the banks and their boards of directors have reason to be anxious about whether they’re doing enough.

Here’s why: If the local agent bank were to lose client assets due to incompetence or bad conduct, the global custodian is on the hook to make the fund manager whole. The same applies for assets held at a prime broker or even a transfer agent. It doesn’t matter whether or not the global custodian was at fault. To potentially reduce this liability, the global custodian in its role as depositary, must be able to prove it did its best to mitigate the loss of assets. Such a responsibility is otherwise called “strict liability.”

Such a task is far harder to complete when it comes to prime brokers than for local agent banks, one director at a global custodian bank tells FinOps Report. The reason: There were never any rules of engagement in the first place. “We will be asking for more frequent reports from local agent banks on just how the assets are being held, any changes, and what safeguards are in place to prevent loss due to bankruptcy, fraud or just incompetence,” says the director who was attending a recent event in New York sponsored by the Association of Luxembourg Fund Industry (ALFI).  “For prime brokers, the reports will be a first and must incorporate information on rehypothecation of assets.” That is, how the prime broker may be using assets posted as collateral by their clients for its own purposes, such as backing its own transactions and trades.

Bottom line: Contractual changes are in the works for agreements with local agent banks and brand new ones are being designed for prime brokers. With the final deadline to meet AIFMD just around the corner, the next two months will prove to be pretty grueling for global custodians, their fund manager clients and other service providers, confirm attendees and speakers at the ALFI event.

If global custodians can’t complete all the due diligence in-house, they can turn to specialized services that are eager to help out, such as the reporting services just announced by international securities depository Clearstream in Luxembourg and risk-ratings firm Thomas Murray Data Services in London.  The reporting services offer to provide a far higher level of information than the global custodians can easily collect on dozens of local agent banks, central banks and even national securities depositories which safekeep investor assets outside a custodian’s home market. The benefit: They reduce the time and presumably the cost for global custodians to ensure these additional service providers in the chain are operationally and financially up to snuff. In the case of Thomas Murray, more than a dozen prime brokers and transfer agents are also included as subjects of the reporting service.

AIFMD, which must be implemented in all European markets by July 22, 2014, classifies not only local agent banks but also prime brokers and transfer agents, used by custodians’ clients and fund sponsors, in the category of subcustodians. So does UCITS V, the latest incarnation of UCITS, which has been passed by the European Parliament and must be transposed by local European markets into their national laws within the next two years at the latest. Fund managers, which decide to comply with AIFMD and UCITS V in order to market their funds cross-border, must select depositaries to take on extensive post-trade operational responsibilities. Global custodians are the most likely candidates to serve as depositaries — a fiduciary responsibility defined by AIFMD and UCITS V — because of their experience with asset-servicing functions.

So it’s natural that Clearsteam is now providing a reporting service. “We provide detailed explanations on all of the domestic custody structures that we have in place — how assets and cash are segregated and in whose names the accounts are registered, how subcustodians are linked to local depositories or clearinghouses, how local depositories operate and how local laws and regulations apply,” says Arnaud Delestienne, executive director and head of core product management for Clearstream in Luxembourg. Also in the mix: corporate status, audit details, and any relevant market changes.

The information goes far beyond what Clearstream now offers for free for about ninety links — local custodians, central banks or national securities depositories in 53 markets. So the international depository will be charging any interested participants additional fees for the reports. Delestienne would not specify the pricetag, other than to say it was based on a “cost-recovery basis.” He also would not disclose how many of Clearstream’s members have signed up, but says that the reports will benefit large and small custodians alike alike as they can be used in a stand-alone basis or to supplement any work done in-house.

Although Clearstream is not marketing its service as helping custodians comply with AIFMD, the adoption of the legislation was a clear impetus for the international securities depository’s reporting service, says Delestienne. So is the sixth incarnation of Undertakings for Collective Investment in Transferable Securities (UCITS), otherwise called UCITS V, intended to parallel the requirements of AIFMD. Both measures aim to help European fund managers more easily promote their funds across the continent without needing to establish local structures and fulfill local private placement requirements. The key difference: As the name implies AIFMD is focused on alternative investment fund managers while UCITS focuses on traditional funds — the European equivalent of US mutual funds.

Without complete lists of the questions asked of subcustodians by Clearstream and Thomas Murray, or their fee schedules, it is difficult to compare the offerings. Thomas Murray appears to ask similar questions to Clearstream, but company officials say the firm provides a more comprehensive monitoring service by covering a larger number of subcustodians — more than 250 — in about 100 markets. The London-based consultancy also claims that its reports reflect “independent” opinion because, unlike Clearstream, it does not provide safekeeping services.

The cost savings for custodians, says Thomas Murray, is an average of about 50 percent off of the administrative work they would have to do on their own. That doesn’t even include the time spent for onsite visits to subcustodian branch offices. So far, over 20 depositaries have signed up for Thomas Murray’s AIFMD monitoring reports, including Morgan Stanley, which agreed to have its name disclosed in February. Morgan Stanley would not elaborate further.

Will the extra third-party information help global custodians — now elevated to depositaries — prevent any and all loss of client assets? Probably not. However, it could help those banks catch and fix operational risks before they turn into losses, and at the very least convince fund managers — and even more importantly regulators — that they have their eye on the ball. “With liability firmly resting with depositary banks, every extra ounce of protection goes a long way, particularly when depositaries are overwhelmed with a multitude of new regulatory reporting requirements,” says David Dickinson, director at Thomas Murray Data Services in London. “Custodians must have sufficient documentation on hand to demonstrate that the due diligence, including pro-active ongoing monitoring has been done and can’t simply rely on the word of subcustodians.”

It is this new liability which has network managers, not to mention compliance specialists at global custodians, frantic. The pressure to demonstrate they are proactive in monitoring their subcustodians is very high. Regardless of whether global custodians are able to monitor their subcustodians entirely on their own or rely on some external assistance, it’s a sure thing the list of questions they’re asking is getting longer.