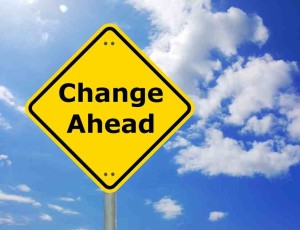 A new research report authored by Morgan Stanley and consultancy Oliver Wyman has resurrected the debate over how some of the world’s largest custodian banks will need to rethink their time-honored strategy.

Gathering more assets from more clients won’t be enough to sustain profitability. Earnings are under pressure from low interest rates and a historical tendency to absorb risk and extend services without capturing sufficient revenue benefit, says the report entitled “Wholesale Banks and Asset Managers: Learning to Live with Less Liquidity.” Those risk could have significant repercussions for corporates, the buy and sell-side alike.

Although the report did not focus specifically on custodians, its brief analysis of the macroeconomic and other factors putting a damper on the bottom line of custodian banks has certainly attracted the attention of custodians and their fund managers. Officials at five custodian banks contacted by FinOps Report knew of the report but refused to comment on its finding, other than to say “it’s not surprising.” Operations directors at fund management firms, were a bit more forthcoming saying they are in “intense discussions over fees and service levels their custodians.” Their consensus observation: custodians are struggling to figure out a new gameplan. The Morgan Stanley-Oliver Wyman report doesn’t explicitly offer any recommendations, but suggests that custodians be more proactive about selling to customers.

The work of custodians may not sound as glamorous as that of investment bankers, but it is critical to how the financial market operates. Custodians typically handle all of the plumbing work after securities are traded, which at its core is based on the safekeeping of assets. The five largest custodians hold more than US$100 trillion in assets under custody and of those the top four are based in the US — BNY Mellon, JP Morgan, State State Street and Citi. Those banks earn their keep via two avenues: securities services which include an array of safekeeping and operational functions as well as holding cash balances deposited by fund managers.

Revenues in the securities services business  rely on transaction volumes. When they decline, so do margins and profits. And the pain will get even worse as custodians face greater competition from European securities depositories which have started to outsource their settlement functions to the Target2-Securities (T2S) platform operated by the European Central Bank. Once enjoying a strictly collaborative relationship as members of the depositories, custodian banks will find themselves in a combative one as those revenue-pinched market infrastructures must now invade the territory of their participants in value-added services such securities finance, corporate action, tax reclamation and proxy voting, to name a few.

When it comes to making money from cash balances, custodian banks’ earnings decline when spreads between deposit and lending rates decline. That spread is lower whenever central banks want to flood the market with money. Increased regulatory capital requirements for balance sheet positions have only made a bad situation worse.”Until the money market becomes more normalized, this aspect of the custody business will continue to be a substantial money loser,” predicts George Bollenbacher, director of the regulatory practice at consultancy Capital Markets Advisors in New York.

Topping the list of concerns for custodians, fund management officials tell FinOps, is whether to increase fees related to processing European transactions settled through T2S to recoup tthe costs they have incurred in adapting their technology and service offerings to the new platform. Next on the list of worries for custodians is how to price their newfound risk due to regulatory change.

Europe’s UCITS V and AIFMD call for custodian banks to take on greater liability in the event a fund manager’s asset is lost. Custodian banks are also facing the possibility that they will either no longer be able to offer indemnification for fund management firms which lend out securities or can do so only in limited circumstances because of new regulatory capital requirements. The answer might sound simple: why not price services accordingly to match the additional risk? So far, custodian banks appear either unwilling or unable to do so — a shortcoming which will cost them revenues.

What should custodian banks do? Nowhere is the ability for custodians to make money more evident than in the derivatives market, according to Bollenbacher. As long as asset managers remain in traditional equity and fixed-income securities, the opportunity for custodians to increase fees is limited. However, as asset managers move into derivatives, custodians can expand their reach into more lucrative arenas such as carrying positions at clearinghouses, cross-margining to maximize the use of customer collateral, collateral transformation, and more sophisticated risk management techniques. “The new offerings will make custodians look more like prime brokers, whose business has been more profitable than straight custody,” says Bollenbacher.

Of course, custodians must also become a lot more operationally efficient and productive. Cost cutting shouldn’t just mean eliminating staff during hard times. Custodian banks must also automate any manual processes, rationalize their middle and back-office platforms and make better use of the static data in their possession, suggests the report issued by Morgan Stanley and Oliver Wyman. Others agree. “Data analytics, performance attribution, portfolio analytics, and risk metrics are just a handful of the services which custodian banks need to offer to enhance service levels to some of their important customers,” says Justin Fuller, senior director at Fitch Ratings in Chicago. He cites State Street as one of the best examples of a custodian moving up the value chain to take on functions historically handled by fund managers either in-house or with third-party consultants.

However, James Economides, director of consultancy Amaces in Salt Lake City, is skeptical about how far custodians can make money using their client’s own data. His alternative: focus. “Conventional wisdom is to build a bigger mousetrap, but that’s too superficial,” says Economides, whose firm helps buy-side shops evaluate their custodians. Instead of maintaining the notion that bigger is better, custodians could improve their business by pulling out of some market segments. Which ones depends on a tough analysis of which client segments and services make money and which don’t.

One wild card determining the financial future of custodian banks could be how well they embrace blockchain, the distributed ledger technology that underpins the Bitcoin digital currency. It could be a threat or an opportunity, as the authors of the Morgan Stanley-Oliver Wyman report suggest. They say that custodians will need to act fast as greater attention is being paid to the next generation of innovators and startups. Blockchain technology could theoretically eliminate the need for a trusted third party, such as a custodian, to handle records related to trade confirmation, contract validation, collateral management and clearance and settlement.

Should custodians start worrying? Although a few have announced how they are studying how to incorporate blockchain into their business, they shouldn’t overreact. “Blockchain sounds revolutionary, but it is still dependent on slower speed and clients are concerned about the security of their account transfers,” says Economides. “Therefore, blockchain could be useful mainly in smaller closed groups.”

Regardless of how well custodians fare in the future, one thing is certain. They are still here to stay. “Granted, custodians may have relied too heavily on value-added services to subsidize commoditized services but the argument that custodians are a dying breed is overblown,” cautions Nick Bradley, chief risk and ratings officer at Thomas Murray, a London-based consultancy specializing in post-trade risk analysis. “They will be around for a long time, because financial firms can’t handle all of the processing work on their own and prefer to outsource non-core operations such as the middle and back-office while they concentrate on what they are paid to do — manage money.”

As is the case with all businesses, who will win and who will lose in the custody arena will depend on their efficiency and commitment to finding the right mix. Some custodians will drop out, predicts Bollenbacher, while others will sell their custody business outright. The few that capitalize on money-making ancillary business will emerge from the hard times stronger, he believes.