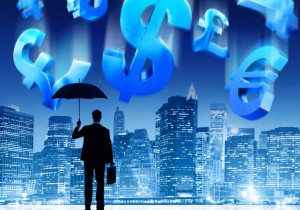 When US lawmakers decided to force foreign financial institutions to ante up the names of all their customers and investors that might owe unpaid US taxes, maybe they knew that they were burdening these financial firms with a complex and costly reporting burden.

But who could have foreseen that they were launching a global fad among tax authorities, eager to track down unpaid tax revenues from their own expatriates in other countries. The US Foreign Account Tax Compliance Act or FATCA, which has overcome the objections of the global financial industry with the threat of withholding 30 percent of all proceeds from US-sourced income to firms which don’t cooperate with FATCA, has been a resounding success. That is at least from the US government’s perspective.

Even holdout tax havens eventually played ball, signing the agreements with the US Treasury Department. Now about 100 other nations have jumped on the bandwagon, signing mutual cooperation agreements to share expatriate account information among themselves.

And guess who’s left holding the bag. when it comes to sharing all this information between countries? After much loud grumbling about the costs and effort involved in following FATCA’s reporting requirements, financial firms have met their first filing deadlines or are about to do so. Whatever relief is felt by operations, compliance, tax, IT, customer service and legal departments, is about to go out the window as they face the new international wave of filing requirements, which is an entirely different can of worms.

Unlike FATCA, which boiled down to meeting the requirements of one nation — whether the filings went directly to the US or via local tax authorities, depending on their country’s agreements with the US — reporting to multiple jurisdictions isn’t going to be so easily mastered. Different nations have differing interpretations of the so-called Common Reporting Standard (CRS), creating a veritable tower of Babel in reporting compliance.

Devised by the Organization for Economic Cooperation and Development for the Convention on Mutual Administrative Assistance in Tax Matters, the CRS takes a FATCA-like approach to simplifying the burden of reporting and sharing information.

Not So Common Standards

Each of the 100 countries which have agreed in principle to follow the CRS haven’t exactly implemented CRS, and about half of those that actually signed the agreement haven’t published their technical requirements, which would also indicate the different ways they interpret the CRS. It will likely take another year for them to do so.

Operations specialists at five global fund complexes tell FinOps Report that they expect to shoulder the greatest compliance burden. The reason: unlike FATCA, which allows fund managers to report on their underlying funds, CRS requires each individual fund to file on its own, reporting directly to the tax authorities in other nations. Based on what their operations managers tell FinOps, expertise in tackling CRS is scarce. “We asked our internal FATCA experts and external legal counsel to explain CRS and they can’t,” bemoans one compliance manager at a global investment fund. “They tell us to go seek help in individual markets which means we now have to talk to — what, experts in over ten markets? This is ridiculously inefficient.”

Compliance experts are warning firms to start getting ready for CRS now. Even though the first reporting under CRS won’t take place until sometime in 2017 for new accounts — those opened after January 2016 — and preexisting accounts, financial firms don’t have a lot of time to prepare, and the time is going to pass quickly. In addition to preparing for the various versions of CRS they will also have to continue to meet the due diligence and reporting requirements of FATCA, because the US hasn’t signed up to use the CRS reporting standards.

“Although financial firms that have done the legwork to comply with FATCA will be in a better position to implement CRS, the latter will likely require more processing and reporting work,” cautions Bengt Bjorkberg, head of the regulatory consultancy practice for consultancy DBFS in London. CRS isn’t a straightforward extension of FATCA.

The IRS has clearly defined just what information it wants and when, from financial firms in countries which have signed Model Two Intergovernmental Agreements, in which firms file on US persons directly to the US Internal Revenue Service. Many other countries which have signed Model One IGAs, in which firms send FATCA reports through their local tax authorities, are still working out the details, expected to largely mimic the IRS’ requirements.

When implementing CRS, financial firms will have to disclose the basic information about the individual or entity as in the name, country of residence, account information, interest, proceeds and dividends. All the work done to sift through internal customer data to FATCA’s requirements can be leveraged.

Now for the bad news: not only do financial firms have to report on far more than only US persons, but on far more accounts than they would under FATCA. Unlike FATCA, which forgives tax liability on smaller accounts, all individual accounts and any new accounts opened by financial entities are considered reportable. That could even include accounts with a zero balance. The only exemption allowed is for preexisting accounts opened by entities which are valued at less than US$250,000.

Also in the bad news category: in terms of organizing the reporting, CRS requires that financial firms determine the tax residence of account holders. That may not be the same as their country of citizenship. And just how is the financial firm supposed to know the country of tax residence? By asking the investor at the time the account was opened– the initial investment was made — or when the firm re-papers or reviews older accounts. That means a bit of extra legwork, but the financial firm is allowed to rely on investor statements without further due diligence on new accounts. However, it is uncertain whether such a self-validation will be allowed for pre-existing accounts, European tax compliance experts tell FinOps.

But the worst news: while the financial firm might be able to get away with depending on the investor’s word to fill the data field on the country of tax residence, that won’t be the case when it comes to asking about a tax identification number. “It is unclear what due diligence will be required to determine whether or not an investor is telling the truth,” says Bjorkberg. Making matters more complicated for fund managers is that some countries don’t assign tax IDs to all of their citizens or require investors to reveal their tax IDs. Therefore, it is up in the air whether a financial firm can get the information at all, or whether there are potential breach of privacy issues.

So what’s a fund manager to do? Presumably, make a good-faith effort to verify the investor’s tax ID with the local tax authority, which may sound like a simple task, but the complications grow when researching hundreds or even thousands of account holders in numerous countries.

Bjorkberg recommends that fund managers immediately determine in which jurisdictions account holders information must be filed, and obtain the documentation, format and filing mechanisms required. They need to keep track of which countries will participate in the CRS, and their filing deadlines. To even accomplish this preliminary planning work, they need to ensure that new client onboarding procedures include asking about tax IDs and tax residence, while communicating with pre-existing clients to obtain that information.

Of course, becoming familiar with each version of CRS you have to follow is significant. From country to country, there may be differences in how much due diligence is required to confirm information provided by investors. In addition, countries which are part of the EU have adopted a slightly different version of CRS coined the DAC, which as a rule of thumb will require financial firms to report far more information because more types of securities accounts and proceeds fall under the CRS’ guidelines.

Bottom line: What dozens of governments thought was a good way to ensure that investors weren’t evading their tax obligations could easily turn into an operational nightmare for financial firms who are now forced to play whistleblower on their own clients. It’s going to be the cost of doing business.