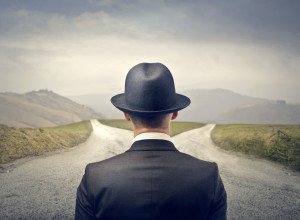 With the deadline for fund managers to apply for regulatory recognition as alternative investment fund managers (AIFMs) less than a week away, one would think they have already crossed their T’s and dotted their I’s when it comes to being prepared.

But that’s not the case for many, according to industry research. Surprisingly, most small to mid-sized ones are still struggling with one of the key basics: separating their risk management functions from their trading responsibilities. If they can’t prove they have done so by July 22, they might lose the prospect of accredidation under the Alternative Investment Fund Managers Directive (AIFMD).

That’s the date by which they must have filed their applications with their local regulatory authority. Although regulators have indicated they want to be flexible, a fund manager might have to curtail — if not entirely eliminate — any attempt to woo European investors without the blessings of one market’s securities watchdog. Once approved as an AIFM, the real work begins for fund managers: a slew of more rigorous top-to-bottom reporting requirements to show how much risk is being taken for the amount of return. And just how that risk will be monitored and curtailed. If a fund manager is lucky enough to pass muster and win accredidation, rest assured its risk segregation capabilities will be closely scrutinized during its first regulatory exam.

“The reporting period for fund managers will vary depending on when they receive authorization under AIFMD,” says Melvin Jayawardana, European market director for Confluence, who spoke at a recent webinar on AIFMD hosted by the Pittburgh-headquartered regulatory reporting specialist firm. “Regulators do expect fund managers will make mistakes, but have asked managers to complete their applications as best as they can. Managers won’t be fined unless they show a complete lack of controls and the ability to tackle reporting responsibilities.”

The AIFMD is meant to be the alternative investment community’s equivalent of the Undertakings for Collective Investment in Transferable Securities. While the UCITS legislation affects the traditional investment fund community, Europe’s equivalent of US mutual funds, AIFMD addresses hedge funds and private equity funds. It even goes one step beyond UCITS, say European regulatory specialists. Perhaps recalling the highly publicized meltdowns of  leveraged-to-the-hilt hedge funds, the regulators are using AIFMD reporting to monitor potential systemic risk. AIFMs will have to fulfill more rigorous reporting on operational, market, credit and liquidity risk in exchange for a passport to more easily market their funds across the continent.

Fund managers will likely not have to file any reports with regulators until January 2015 as many will be waiting to regulatory approval as alternative investment fund managers now. When it’s time to file them, those reports will include basic identifying information on each fund as well as its service providers along with more in-depth details on its investment strategy and operations.  They must also prove they have established adequate risk management policies to address the multiple categories of risk and will conduct regular stress tests under normal and exceptional conditions. Central to those policies is the demand that the risk management process is not overseen by the trading and portfolio management desks, which have a vested interest in increasing performance results regardless of the amount of risk taken.

In addition, the regulators particularly want to stay on top of the leverage these funds are taking on. Fund managers with between €100 million and €500 million in total assets under management will have to report on their leverage, whether or not they have any. Funds with more than €500 million, will only have to report if they have leverage.

The prize for earning the AIFM designations from just one European regulatory agency is a green light to market across the continent. The fund manager no longer has to apply for permission in each country — or have to adjust its operations to local private placement rules — in order to set up local legal structures for marketing and sales. As two of the earliest nations to pass and implement the AIFMD regulations, Ireland and Luxembourg are emerging as the most popular home bases for AIFMs.

The AIFMD standards for risk management and reporting has been a stimulus for national regulators across the Eurozone markets -to support the transposition of AIFMD into local legislation. “It would seem reasonable they have such a clear division of responsibility,  but smaller to mid-sized hedge fund manager with limited internal resources have often commingled their trading and risk functions,” explains Nicola Le Brocq, an alternative investment consultant at Enhance Group in the Channel Islands offering AIFMD risk and reporting solutions to alternative fund managers. The regulators have been reasonably concerned that the real risk taken on by funds in pursuit of returns has not always been disclosed to investors and regulators.

With so little time left before a fund manager must apply as an AIFM, what are fast fixes to shore up risk management capabilities? Tackle the basics for starters. It can take weeks if not months to implement and test risk management technology for analysis and reporting. A good show of getting reading is the next best thing to being ready, according to the experts. Now is the time to have the decisions made about who will be in charge of risk management and which software will be used. “Without the correct IT in place, the risk manager can’t possibly measure credit, market and liquidity risk accurately, therefore a fund manager must ideally have chosen both the risk manager and technology as well as implemented the necessary infrastructure before it files its application,” says Jayawardana.

While fund managers may have some leeway on their reporting requirements depending on the value of assets under management, all must have rigorous risk governance policies. “Establishing a dedicated risk committee and written documentation will go a long way to easing regulatory concerns,” says Le Brocq, whose firm uses Confluence’s technology platform for AIFMD reporting services.

Incidents –such as errors in risk calculations or challenged valuations of hard-to-price non-exchange traded financial contracts or assets which could, if left uncorrected, distort the net asset value of the fund — would likely have to be escalated. That means information must move up the chain of command to the chief compliance officer, the chief financial officer, the chief executive and even board of directors of the fund management firm. If the mistake has any effect on investors — as in changing the net asset value — they would also need to be notified. The goal: ensuring that the fund manager communicates the problem to stakeholders, corrects the problem and finds ways to prevent it in the future.

Of the five European fund managers contacted by FinOps Report, three said they had already received authorization as AIFMs while two had just filed their applications last week and remain concerned about whether they have fulfilled the risk management requirements correctly. “It took far more work than handling reporting tasks, which will likely be outsourced,” says one operations director. “We had to start from scratch, implement new systems and document new procedures.”

At this point, in the rush to track down track down individuals with the right experience for the risk management spots, as well putting the correct oversight mechanism into operation, the sticking point may be having the risk manager lined up. Specialist recruiting agencies say that pickings are slim. Sell-side experts, they suggest, may not be motivated to leave top-paying jobs to work for a small to mid-sized hedge funds with potentially more limited compensation and fewer advancement opportunities.

In the plan to simultaneously harmonize the pan-European market for investment funds and also set higher standards for risk management and reporting in those funds, the regulators may have inadvertently created a sellers’ market for risk management professionals. If there is a real bottleneck, it will add to the disproportionate difficulties and expense faced by mid to smaller firms. The impact of that possibility on the overall fund management sector in Europe is yet to be seen.