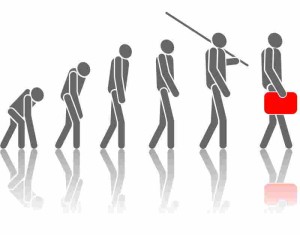 T+66. That’s on average how long it takes to settle a trade in a distressed loan. Now technology and data giant IHS Markit is hoping to reduce the timeframe by leveraging its existing platform for par loans.

The settlement cycle for distressed loans is even longer than what it takes a package to travel to most overseas destinations on a cargo ship. It is also multiples of the two days it takes to settle an equities or fixed-income trade because there are reams of paperwork and megabytes of data for internal and external legal teams to manually review. Middle-office operations executives also have their hands full making sure they know who owns what part of the loan.

The distressed loans market may represent only a fraction of the US$1.3 trillion syndicated loans market, but the lengthy settlement cycle is causing plenty of grief. Even a few trades can take up far too much administrative time and carry a fair share of risk.

Buyers and sellers of distressed loans have to hope that neither counterparty goes bust before they settle the loans. Otherwise, they will be out of the money. Unlike the equities and other fixed-income markets there is no central clearinghouse acting as a middleman to protect against counterparty default. Mutual fund managers must also worry about whether they can sell the distressed loan quick enough to meet a redemption request in the legally required seven days.

Now IHS Markit says it has come up with a way to reduce the timeframe by collapsing the required three step workflow of inventory management, upstream review of ownership and creation of a purchase and sale agreement into a seamless workflow. That’s because all the data necessary for settlement in its existing ClearPar platform which has just added a module for distressed loan settlement. It went live with the first settlement transaction last month.

Magis Analytics, a wholly owned subsidiary of the international law firm of Hunton Andrews Kurth, helped create all of the necessary workflow for settling the distressed loans. (IHS Markit won’t discuss the financial terms of its agreement or who owns the intellectual property rights to the workflow).

Syndicated loans are created by consortiums of institutional investors and/or banks to corporate borrowers in exchange for interest payments. Corporate issuers use agent banks to handle the administrative wor,k such as making interest payments and transferring ownership of the loan asset. Most syndicated loans are par loans. In the case of distressed loans all that has happened is that the value of the loan has declined and it’s uncertain whether there will be a full and timely repayment by the corporate borrower.

Fund managers and other institutional investors buy distressed loans betting that the corporation will eventually prosper and the value of the loan will rise. Determining when a par loan becomes distressed is a matter of price. The US trade group Loan Syndications and Trading Association (LSTA) doesn’t decide when a credit shifts from par to distressed documentation. However, upon request from a member it can publish a “shift date” which represents the date when counterparties began trading the loan on distrressed loan documentation. That date is important to buyers of distressed loans who can request “step-up representations” when they believe sellers have not obtained the necessary protections under their upstream trades. That can occur when some or all of the purchase amount of the debt being sold was purchased by the new seller or a prior seller on par documentation after the relevant shift date.

IHS Markit won’t predict how much faster settlement of distressed loans will become using its ClearPar module. If early indications are any sign there will clearly be major progress. IHS Markit says that the first settlement cycle for a distressed loan using the new ClearPar module was within ten days. That’s pretty close to the settlement cycle for par loans, which has been reduced over the past few years from an average of T+19 to about eight days.

The inclusion of the new module for distressed loans settlement would be the latest incarnation of IHS Markit’s ClearPar platform which has undergone multiple renovations since IHS Markit first purchased the system from Fidelity National in 2010. The previous upgrade– used by JP Morgan Securities and BlackRock among others — involves sending data directly to custodian bank systems to ensure they register payments made by buyers. Based on new guidelines set by the LSTA in 2016 on “delayed compensation,” a buyer’s late payment allows a seller to claw back from the buyer any accrued interest that occurs on the trade prior to settlement.

Despite its best efforts. IHS Markit does face some criticism that it is relying on antiquated systems rather than more innovative blockchain technology developed by its potential rivals. IHS Markit has yet to disclose how it plans to incorporate Ipreo’s distributed ledger technology (DLT) for syndicated loans into its business strategy about a year after its takeover of the financial services and tech provider for US$1.855 billion. So far, IHS is limiting its efforts in the distributed ledger technology market to payments for syndicated loans through a new system of smart contracts and wallets called Stax.

Finastra, for one, says it has signed up three more pilot banks — BNP Paribas, Natixis and Societe Generale — to its DLT platform called Fusion LenderComm based on Corda Enterprise R3’s commercial version of its open source platform Corda. The DLT platform allows the publication of redit agreements, accrual balances nd position information data directly from from agent bank loan servicing platforms such as Finastra’s popular Loan IQ. to the DLT system in real-time.

Newcomer Hashlynx says it has built a system relying on using DLT and smart contracts to handle the entire lifecycle of a syndicated loan– issuance, bookrunning, trading and as well as settlement. Now in test mode, the pltform is expected to go live in six months. Hashlynx’s president and one of its founders Paul Zappier lays claim to inventing the original ClearPar technology when it was owned by the law firm of Mandel Katz & Brosnan before it was sold to Fidelity National. Hashlynx’s other founder, chairman and chief executive Pat Loret De Mola, was the former founder and chief executive of Trade Settlement. IHS Markit’s far smaller rival in the syndicated loans settlement market was bought by Virtus Partners for an undisclosed price in 2017.

For now at least, IHS Markit can easily retain its major lead in the settlement market for syndicated loans. About 5,000 firms use the ClearPar platform, says IHS Markit. During the first and second quarters of 2019, excluding when-issued trades ,about US$443.3 billion worth of par trades in the secondary market were settled on ClearPar representing 513,000 allocations. IHS Markit doesn’t disclose fees for settling distressed loans or the number of par trade transactions settled on its ClearPar platform.

Settling a deal involving distressed loan is far harder than with a par loan Writing a purchase and sale agreement (PSA) appears to be the easiest part of the three-step process. The LSTA has come up with 52 required data fields and IHS Markit says its ClearPar platform can automatically populate all but seven. “It’s no longer about the buyer and seller drafting a PSA, but answering the questions and letting the system create a document,” says Patricia Tessier, managing director and co-head of loan platforms at IHS Markit.

The other part of the process of settling a distressed loan — inventory management– causes middle office operations executives lots of extra work. “The seller of the distressed loan must identify which parts of the distressed loan it owns and which upstrem will be allocated to the buyer,” says Tessler. “That’s typicaly done with spreadsheets, maintained either internally or through an outside legal counsel, which are updated manually,” says Tessier. Of course, that leaves plenty of room for error. IHS Markit says that its ClearPar platform includes intuitive tools that automatically track available amounts in real time and what is owned by whom.

The hardest part of the settlement process appears to be what’s called the upstream review of the chain of ownership of the traded loan. “The seller of the syndicated loan must identify and describe the chain of title from the first transfer of the distressed loan all the way to the present seller’s hands,” explains Mike Kerrigan, a partner at Hunton Andrews Kurth and manager of Magis Analytics. “The seller must then give the buyer all the paperwork which the buyer must then review to ensure connectivity, sufficiency, accuracy and completeness of the given chain of title.”

The work can become a tortuous exercise in data reconciliation. The buyer’s counsel must compare the information on the documents against the data on the annex of its PSA. Such a review must take place for every loan transfer in every chain and for every trade allocation. Say a selling fund manager allocated parts of the syndicated loan to five managed funds. The buyer must review data from five different legal entities and five transfers just to settle one trade. Just imagine if the number of allocations were multiples of that.

“The work of upstream review is largely about verifying pre-existing information in the ClearPar system,” says Kerrigan. “For this reason, creating a PSA and using ClearPar for the upstream review can be collapsed into one workflow. When the PSA is created it can indicate no exceptions, or an exception that must be reviewed.”

Progress has come slowly to the par loans market. The same will likely apply to the distressed loans market. The current low trading traffic might even hamper any incentive for firms to use IHS Markit’s new module on ClearPar. IHS Markit won’t provide any estimates of a return on investment for lenders using its ClearPar module for distressed loans, but remains confident that the benefits of automation will become evident should volumes increase.