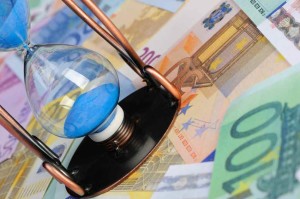 UCITS V — the latest incarnation of the decades-old European legislation easing cross-border marketing of investment funds — has fund managers angry about what they see as far more rigid rules governing their bonuses.

Just adopted by the European Parliament, the legislation not only massively reduces the short-term variable compensation of so-called “risk-taking” staff, but defers the rest of it for up to three years and keys its ultimate value to the value of the fund as whole. The rules must become effective in local European markets in March 2016, but the year-and-a-half warning may still not be enough time for fund managers to prepare. The reason: there is, as yet, no guidance from the European Securities and Market Authority (ESMA) on how the rules should be applied.

While SWIFT’s annual SIBOS gathering in Boston this week focuses on how fund managers and other market players will adjust to the new European post-trade landscape of a shorter settlement cycle and the Target2Securities platform, three C-level executives of US fund management firms executives attending the event tell FInOps Report they are equally worried about how their parent firms will comply with UCITS V. “It’s early days and our compliance department is starting to figure out what to do in changing compensation terms, legal documentation and potentially corporate structure ” says one operations manager. “There’s a lot of nervous energy in the air.”

Making any final decisions won’t be easy. “The ESMA could ultimately decide to impose a policy of proportionality,” explains Petra Hollis, director of investment management consultancy Laven Partners in London. “Fund managers with smaller-sized UCITS funds might be exempt from the remuneration rules, such as part payment in shares and partial deferral, which would apply only to the largest-sized managers.” Such a distinction would match what the ESMA has decided when it comes to alternative fund managers who follow the Alternative Investment Fund Managers Directive (AIFMD), which parallels UCITS V in the traditional fund management space.

“The remuneration requirements are a cause of concern for many US fund managers and the industry is watching developments and any guidance that might be issued by ESMA,” says Declan O’Sullivan, a partner at the law firm of Dechert in Dublin. He would not go as far as to predict that the ESMA would exempt smaller-fund managers from the rules affecting variable compensation. Nonetheless, he agrees that the impact of the remuneration requirements could be lessened by the concept of proportionality and how the fund is ultimately structured.

As the predominant label for retail funds sold throughout Europe, UCITS allows fund managers to “passport” or market their funds to multiple European countries if the regulatory body in just one market gives them the green light.

The bad news for fund managers: well-intentioned regulators have created complex rules on remuneration or compensation which could be difficult, if not costly to follow, say regulatory experts. Existing funds won’t be grandfathered.

Here is what the new rules are in a nutshell: “risk-taking” officers in funds which meet UCITS V requirements must receive 50 percent of their variable remuneration in the form of shares in a UCITS-eligible fund. And 40 percent of the variable remuneration must be deferred for at least three years. Such a postponement prevents “risk-takers” from playing Russian roulette with investor monies to bump up returns and get a quick large bonus. The timetable also parallels the average holding period for investors in a UCITS-eligible fund.

But such lofty objectives provide little comfort for fund management firms — and particularly US headquartered ones. The compensation package for US based fund managers of funds that must meet the requirements of UCITS V will be far less attractive than for their US peers or fund managers who have separated their US and European arms.

Restrictive policies aside, fund managers will have two key compliance obstacles to address, neither of which are under their control. The first: European regulators haven’t explained just how they define “risk-takers” beyond the obvious category of portfolio managers. “If that definition were to encompass sales staff, analysts, investment advisers and traders, the number of executives whose compensation packages must be reworded could easily grow to several dozen at a large fund management firm,” explains Hollis. Making compliance even more difficult for fund managers is the likely expansion of the scope of employees affected to C-level directors, compliance and internal audit specialists as well as any executives whose total compensation is high enough to put them in the same pay bracket as senior management and risk-takers.

If the word “rewritten” invokes dread in the minds of fund management firms it should. Some of their most accomplished and highly paid staff may be at risk.”We are now disputing who will get paid under UCITS V rules, how much they will get paid and when they should get paid with our legal counsel, compliance department and investment management department,” says one HR manager of a European fund management shop.

The second twist: “risk-takers” who are US citizens or are not European citizens may not be able to collect their variable compensation because they cannot purchase any shares of UCITS funds, due to securities laws or market-abuse laws or because the shares would violate their individual risk tolerance profiles. Therefore, it is unclear how these executives of UCITS funds would be compensated for managing the fund.

“There could be a heavy cost to change the legal structure of the fund to allow for US-based analysts and advisers to own shares of UCITS funds,” cautions Paul Soltis, market manager for North America at Pittsburgh-headquartered regulatory reporting firm Confluence.

“The UCITS V legislation has not clarified just how fund managers complying with UCITS V could create new schemes or structures solely for the purpose of paying risk-takers, if payment in the units of UCITS is not an option,” explains Hollis. “Any new legal structures would also have to be developed in such a way as to avoid the UCITS V fund or the risk-takers themselves from having to pay higher taxes on their variable compensation.”

Beyond the perceived unfairness of the new rules to fund management employees who will be on the hook for fund performance for years after their compensation is earned, many fund managers object to the new rules because they see investors as already well-protected. “Absent an alignment of individual risk tolerances (ability and willingness to take risks) between the manager and the investors, it is questionable whether share-based compensation in units of the fund is appropriate,” writes Rhodri Preece, head of capital markets policy for Europe, the Middle East and Africa for the CFA Institute in London in a recent blog appearing on the organization’s website.

Managers of UCITS-eligible funds, explains Preece, are bound by duty to act in the best interests of their clients. They are subject to restrictions on eligible assets and portfolio investment limits, and they typically have tightly specified mandates and are subject to depositary oversight. Fund managers of UCITS-eligible funds must hire depositaries — typically custodians — to handle post-trade operations work and take on the legal responsibility of ensuring that no fund assets are lost.

Dechert’s O’Sullivan cautions it is too early to anticipate how US fund managers will react to UCITS V. Over the next two years, he points out, “we will learn more about how similar requirements under AIFMD have played out and about the approach taken by ESMA and national regulators,” he says. “It is this experience that will ultimately determine whether US fund managers can live with the UCITS V remuneration regime or decide they can’t.”