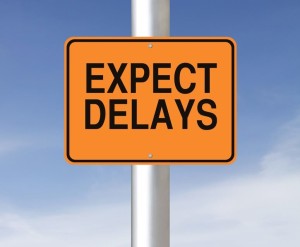 Fund management firms wanting to benefit from the latest incarnation of decades-old UCITS legislation to easily market their investment funds across Europe will find themselves facing a new hurdle: they must adapt to new restrictions on how and when they compensate many of their top-ranked executives.

The provisions on compensation are considered draconian by many fund experts who fear buy-side firms may not be able to recruit or retain top-quality staff. “Controlling compensation isn’t the best way to mitigate investment risk,” asserts Jerome Lussan, chief executive of financial services consultancy Laven Partners in London. “Regulators wanting to achieve that goal would have been better off focusing on rules governing asset valuation.”

Those who don’t want to comply can always try to prove they should be exempt. The operative word is try, because so far the European Securities and Markets Authority (ESMA) and local regulators have given few, if any specifics on the criteria fund managers should follow.

The list of affected individuals includes in fund shops include not only portfolio managers, but C-level executives and senior-level employees in compliance, internal audit and risk management, as well as marketing and human resources, as indicated in a proposal seeking comment just issued by the ESMA. The deadline for comment is October 23 before its final recommendations are tendered to the European Commission so that the UCITS V legislation can be implemented by European member countries by the March 18, 2016 deadline.

The new oversight of how C-level and other executives, called “identified staff,” should be paid is just one of several issues in the latest incarnation of the UCITS legislation that are raising the ire of the financial services market. Another is the requirement that depositaries selected by fund managers to handle post-trade operations functions must make investors in the UCITS-eligible funds whole in case of the loss or theft of an investor asset regardless of whether it was the fault of the depositary.

“ESMA adopted a far broader reach than we expected,” one compliance manager at a European fund management shop tells FinOps Report. “We will need to document and monitor our remuneration policies for at least several dozen employees.” Says another bewildered internal audit manager, “We do manage the company’s risk, but have nothing to do with handling investment risk, so we don’t understand why the rules should apply to us.”

Although portfolio managers appear to be the ones overseeing investment risk, or the potential for the ultimate investor to earn money or lose its shirt, ESMA considers others serving in what it calls “control functions” to also be important in managing risk. That risk would be associated with their decisions to improve the company’s bottom line at the expense of investors, so decision-makers can receive bigger bonuses. It is the same approach regulators have taken when it comes to compensating key executives in funds which wish to follow the Alternative Investment Fund Managers Directive (AIFMD), similar legislation affecting hedge fund and private equity fund managers.

Remuneration, as defined by European regulators is broad-reaching term. It includes fixed salary as well as variable compensation such as performance fees, share options, and even allowances for cars, mobile cell phones and gym membership. However, the provisions affecting how variable compensation is paid, in what form, and how it must be deferred are generating the most concern.  As a rule of thumb, say European human resource specialists, all senior management, investment management, as well as compliance and internal audit professionals are likely be paid annual bonuses.

Here are the remuneration rules under the proposed UCITS V in a nutshell: all “risk-takers” must receive fifty percent of their variable remuneration — or payment in addition to base salary — in the form of shares in the UCITS- eligible fund. About forty percent of the total variable remuneration must be deferred for at least three years, which means that an employee won’t take possession of the entire bonus immediately, but must wait for three years after the end of the year after the bonus was tendered. Such a timetable matches the average holding period for investors in a UCITS-eligible fund. What’s more: there are also clawback provisions in case the employee doesn’t meet the performance goals set by the company. It is unclear how they would be applied.

The good news compliance experts at five European fund management shops tell FinOps Report: the ESMA has decided to impose what it calls a policy of “proportionality” to smaller-sized UCITS funds and to UCITS funds which represent less than fifty percent of the total value of UCITS assets under management. Such a concept means that the most cumbersome requirement for how variable compensation should be given– deferred payment and payment in shares — can be avoided. Funds would still have to document their policies and ensure they are followed. They would also need to establish a remuneration committee to set the rules.

In its request for comment the ESMA cross-references the AIFMD’s provisions when it comes to how a UCITS-fund manager can determine whether a fund can “disapply” or be exempt from the payout elements of the variable remuneration rule. Apparently, the size of the fund is only one of the criteria to be used. Investment strategy appears to be an even more critical one.

“If a large investment fund doesn’t use too much leverage and doesn’t invest in exotic financial instruments, such as bespoke derivatives, it will likely have more grounds on which to disapply the rules on deferring variable compensation and paying part of it in shares of the UCITS-eligible firm,” explains Andrew Bates, a partner in the financial services practice of the law firm of Dillon Eustace in Dublin.

With UCITS V scheduled to become law next year and no final details on compensation available, fund management firms following the UCITS regime are naturally concerned about whether or not they do qualify for some relief. The UK’s regulatory watchdog Financial Conduct Authority (FCA) has come up with some complicated quantitative metrics when it comes to AIFMD-eligible funds, but not UCITS-eligible funds. Ireland and Luxembourg, the two most popular domiciles for UCITS-eligible funds have not provided any clarity, leaving fund managers in a lurch.

The FCA has said that all AIFMD-eligible funds must follow the deferred variable compensation and payment in shares principles governing variable pay if they have more than £5 billion  in assets under management, are underleveraged and have no redemption rights exercisable for five years following the date of initial investment. The threshold is reduced to £1 billion if the alternative investment fund is open-ended and/or uses leverage.

If it seems that just complying with all of the remuneration rules rather than trying to take advantage of the unclear concept of proportionality is the best course of action, think again. Following the new remuneration rules could not only be onerous and expensive, but also fraught with legal complications. “Having to pay in shares of the UCITS-eligible fund may mean that the fund manager will have to address within the fund documentation how to structure and limit the redemption rights attached to the shares paid out to staff,” says Bates. “Such a scenario may require approval from shareholders of the UCITS fund and may trigger additional filings in multiple countries before a UCITS can be sold cross-border.”

Fund management firms shouldn’t imagine they will be automatically be exempt from some of the compensation rules simply because they think they should. In the absence of clearly defined thresholds, common sense should apply and fund managers will need to carefully craft the documentation needed to justify the limited relief. It won’t be enough to just rely on a comfort letter from external counsel.

“Regulators don’t want fund managers to take the exemption for granted and will clearly want to review their rationale for doing so,” says Lussan.”As long as it can make a cohesive argument, a fund manager stands a good chance of succeeding.” However, that argument had better be solid and a fund manager had better be prepared to back up the rationale because it, not external counsel, will face the risk of being overruled by a regulatory agency.

Other steps to take in the meantime: “Fund managers  will need to make a list of which of their employees would fall under the remuneration rules of UCITS V, create and document their policies for variable compensation, set up remuneration committees, and decide what rationale, if any they can use to rely on the principle of proportionality,” says Lussan.

UCITS-eligible funds which rely on a fund manager and other staff located in the US get no free pass from UCITS V if they want to do business in Europe. “They will likely need to require their US manager to follow the UCITS V remuneration rules through a contractual agreement, or find a way to use the principle of proportionality,” notes Lussan.

Given the need to make some tough decisions and start preparing now, fund management executives are none too happy. “They are understandably upset, as is typically the case with new unclear legislation,” acknowledges Lussan. “US fund management firms wanting to expand in Europe are likely the most dumbfounded, because the remuneration rules fly in the face of how they want to compensate their top-level staff.”

As a result, some fund management firms could decide to eliminate variable pay altogether, which could ultimately hurt their chances of nabbing the best talent. For all funds it will come come down to a matter of whether the desire to expand assets under management by marketing across European borders is greater than the cost of doing business under UCITS V — including the threat of losing gifted staff to industry sectors where they can count on annual bonuses for performance.