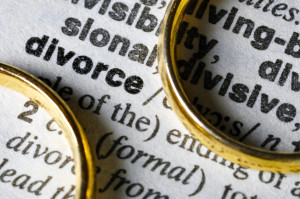 You’re the chief executive or chief operating officer of a small or mid-sized hedge fund manager and have just received a call, visit, or letter from your brand-name fund administrator.

The message: Sorry, we love you, but can no longer afford to take care of you, because you are too small to be profitable for us.

Or how about: Sorry, but we will no longer offer hedge fund administration, or we can’t make further commitments because we are on the block, looking for a new parent.

As evidenced by Citi with US$380 billion under its belt, even the biggest in the business may have to reevaluate whether they can earn enough to make it worth their effort. In 2013 alone, two alternative fund administrators found new owners: Quintillion was bought out by US Bancorp Fund Services and Butterfield Fulcrum was gobbled up by Mitsubishi UFJ Financial Group.

So what’s a hedge fund manager to do when it gets one of those Dear John communiques? It’s time to face some tough decisions on how much work it wants to do in-house and how much it wants to outsource.

Hedge fund operations managers tell FinOps Report, that they will likely always outsource fund administration work, because striking a correct and independent net asset value is considered the cornerstone of sound post-trade operations.  However, hedge fund managers can split the middle office and fund administration work between two providers as one small hedge fund manager decided to do.

After parting ways with BNY Mellon, Capricorn Fund Managers will now be using Viteos for middle office services and Quintillion for back-office fund administration. The London and South Africa-based Capricorn had been relying on BNY Mellon as its fund administrator and middle-office service provider for its GEM emerging market long/short equity fund since 2012.

A spokesman for the hedge fund manager says it was informed by the bank during a September 2014 review of services that, due to “commercial reasons,” it would no longer service the fund after December 31, 2014. Therefore, Capricorn had to find a replacement service provider for the US$157 million in assets affected.

Hedge fund managers, such as Capricorn, might prefer to hold onto the perceived credibility from a relationship with a brand-name firm such as BNY Mellon or Citi, but market forces are working against them, particularly if they are don’t have enough assets under management.

A 2014 survey of alternative investment fund administrators, conducted by Atlanta-based data tracker eVestment, concluded that necessary increases in technology and additional personnel were the two major factors driving higher costs for fund administrators, or leading to buyouts or an outright exit from the business. The costs are in large part fueled by regulatory mandates such as AIFMD in Europe, Dodd Frank’s Form PF in the US and FATCA globally, which require substantial investment in data and workflow management.

Although Citi is planning to exit the business, it is eager to put a brave public face on its decision. “We are maintaining business as usual, continue to be responsive to technology requests from clients and are supporting clients as they launch new funds with Citi as administrator,” says a statement issued to FinOps by Michael Sleightholme, Citi’s global head of hedge fund services. “The overwhelming response from clients is that they will stay with Citi through the process. We are confident we will expeditiously find the optimal long-term solution for our clients, our people and our shareholders.”

Likewise, a joint press release issued by Capricorn and Viteos suggests that Capricorn’s mandatory divorce from BNY Mellon was a blessing in disguise. In the statement, Capricorn says that it is relying on a co-sourcing model with the technology and data owned and retained by itself and the middle office outsourced to Viteos Fund Services, a Somerset, NJ based middle-office and shadow-accounting service provider.

“The new set-up gives us an edge with no impact on data and our portfolio management system thanks to collaboration between Capricorn, Viteos and Linedata,” says Douglas Stott, head of operations for Capricorn. In Viteos’ words, the unique structure and engagement model gives Capricorn control and oversight on its data and de-risks any cash positions and trade breaks, which are reconciled and resolved between prime brokers, funds, fund administrators and the middle office daily by Viteos. Capricorn uses Linedata’s platform for portfolio management.

Faced with even the most amicable eviction — as was the case with Capricorn — hedge fund managers have to think fast about their future arrangements, but not make any hasty decisions. “It’s best to go through the front, middle and back-office functions to decide what has to be done in-house and what can be outsourced,” recommends Jeffrey Kollin, national advisory leader for alternative investments at global consultancy KPMG in New York. “It is not about short-term cost, but long-term requirements.”

Other hedge fund managers might think that keeping their fund administration and middle office services with a single provider is best. At least it sounds logical, but the decision would still depend on finding an acceptable provider that will do both. Fund administration is a rather loosely defined set of functions. It could encompass the full range of middle office services such as reconciliation, trade confirmation, collateral management and risk analytics along with the basics of net asset value calculations and investor servicing. However, some fund administrators opt only do the minimal back-office work.

Viteos’ Chief Operating Officer Sankar Iyer is naturally quick to point out that separating middle-office and fund administrator can provide a “more robust” service. While fund administrators are largely dependent legacy platforms which do not easily adapt to more exotic trading strategies and asset classes, firms like Viteos with newer technology can offer real-time reconciliation of cash flows, transactions and positions, risk analytics, performance attribution, as well as collateral management through either a proprietary platform or third-party application.

In the case of Capricorn, Viteos is reconciling cash flows, transactions and positions from two prime brokers to provide Capricorn with updates in a matter of minutes. The immediacy is valuable in Capricorn’s trading strategy.

Taking the long view, Kollin offers another practice reason for separating middle-office and fund administration. With the fund administration market in its current state of flux, hedge fund managers might want to keep their options open. Relying on either one’s own staff or a specialist middle office provider would make it far easier for a manager to react to changes in the marketplace — only needing to find an administrator to focus on back office functions such as striking an NAV and investor servicing, explains Kollin.

Ian Asvakovith, president of Piedmont Fund Services, a hedge fund administrator in metro Washington, DC, acknowledges the need to juggle cost with operational efficiency and the risk of change.  “If a fund manager relies completely on a single provider to handle all back and middle office operations, it risks the administrator changing its view on the types of clients it wants to service and deciding to only focus on larger and more profitable accounts,” he says. “Reflecting the consolidation trend, the fund administrator may consider exiting the business altogether.” Even if an administrator finds a new parent, that doesn’t mean the hedge fund manager will find a new home.

For those who choose not to put all their eggs in one basket, Asvakovith recommends taking a hard look at whether it is cost-effective to do all the middle-office work in-house or outsource it to yet another provider. “It’s not just about the fees charged, which could be less than the fixed-costs to operationally handle the work in-house,” he says. “It is about the costs of maintaining the checks and balances required to manage multiple service providers.”

Alan Paris, a principal in the financial services unit of business process outsourcing provider eClerx in New York, also cautions that hedge fund managers should consider the administrative costs related to separate middle-office and fund administration providers. Rather than maintaining controls on both external providers, it might make more sense for a smaller hedge fund to keep those functions in-house. “Selecting yet another middle-office provider might be cost-effective, but for larger hedge fund managers only,” says Paris. Oversight includes agreeing on contractual terms, setting up and monitoring service levels, addressing data security and business continuity.

What do hedge fund managers say? “We’re caught between a rock and a hard place,” one operations manager at a US hedge fund tells FinOps. “BNY Mellon isn’t the only bank that will refuse to take on smaller clients. We might just be forced to do the middle-office in-house or rely on another middle-office provider. We have limited options.”

Anecdotal evidence indicates that hedge fund managers are still cautious when it comes to outsourcing their middle-office functions and at best will rely on one provider to handle the full gamut of post-trade services. Still, they are open to change.

Of the five hedge fund managers contacted by FinOps who are affected by BNY Mellon and Citi’s decisions, two say they will take both their middle-office and fund administration work to another full-service provider. Two others say they are taking back their middle-office work and will only rely on a third-party fund administrator to strike NAVs and do investor reporting. However, one is willing to rely on two separate service providers.

“We will consider outsourcing our middle-office work at a future date to a specialist firm –if our book of business grows substantially or we are confident we can implement more rigorous oversight of two providers,” says one of the operations managers whose firm is in-sourcing the middle office work for now.