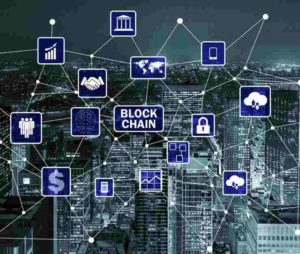 If it quacks like a duck, it’s a duck, right. But does it quack?

That’s the question broker-dealer Templum Markets has raised to the US Securities and Exchange Commission about crypto-miners which has polarized the crypto-community into deciding whether they should be regulated as broker-dealers.

Fueling the debate are conflicting interpretations of the Securities and Exchange Act of 1934 which defines a broker-dealer as a person or entity engaged in the business of effecting transactions for the account of others. Crypto-miners and their afficionados say that the definition, taken at face value, precludes crypto-miners while in its April letter to the SEC, Templum offers a more liberal view of the rule saying that crypto-miners could be performing activities that would classify them as broker-dealers. Hence, the SEC should clarify their legal status, according to Vincent Molinari and Christopher Pallotta, co-founders of Templum Inc. Pallotta is also chief executive officer of Templum Inc. while Molinari serves as chief executive officer of its subsidiary Templum Markets.

Templum’s recent petition follows the SEC’s newly released framework more clearly explaining the circumstances under which initial coin offerings could be considered securities. The broker-dealer’s letter to the SEC isn’t the first time it has sought regulatory clarity on the status of crypto-players. In December Templum asked the SEC to rule on whether blockchain platforms should be regulated as clearing agencies or transfer agents. However, Templum’s new request appears to have generated the most heated discourse as there will be clear winners and losers depending on what the SEC decides.

Templum would end up a winner should the SEC regulate crypto-miners as broker-dealers, while the additional overhead costs could put crypto-miners — and the public blockchains they work on– out of business. Crypto-mining afficionados are eager to show that crypto-miners don’t do anything close to what broker-dealers do. The main job of crypto-miners, they say, is to validate that transactions on the blockchain are accurate using lots of computer power and algorithms. They aren’t paid a fixed-fee and earn their money only if they win a competitive process. The first crypto-miner that succeeds in validating the transaction wins the prize– the compensation of either a cryptocoin or a token.

“It’s ridiculous for crypto-miners who have zero discretion over client funds, or the transactions they verify, to be regulated as broker-dealers for performing calculations, ” asserts Dave Weisberger, chief executive and founder of San Francisco-headquartered CoinRoutes, which offers smart-order routing, algorithmic trading and consolidated data products for crypto-currencies. He is also head of equities for New York-based ViableMkts, a consultancy on market structure and technology.

There are plenty of attorneys who also disagree with Templum’s stance, although they agree that the SEC should make up its mind. Matthew Comstock, a partner at the law firm of Murphy & McGonigle in Washington, D.C. believes that crypto-miners can be thought of doing nothing more than greasing the blockchain’s engine. “They are an important part of the technology infrastructure, but aren’t involved with the purchase or sale of crypto-assets,” he says. “Hence, it is understandable that crypto-miners believe they shouldn’t be regulated.”

Gregory Ewing, a partner at CKR Law in Washington, DC, notes that crypto-miners are critical players to a trade on a blockchain, but play a secondary role. “They are not dealers buying or selling their own securities and they are not brokers bringing together buyers and sellers,” he says. Indeed, by the time the crypto-miner is involved in the blockchain, the transction has been completed between the buyer and seller. The crypto-miner just confirms and records it on the platform. “Crypto-miners are more akin to the underlying structure of the NYSE or NASDAQ that ensures that everyone plays by the rules,” says Ewing. Every other person who keeps every other electronic trading platform running around the world is not a broker-dealer, so why should a crypto-miner be considered one.

Templum’s petition to the SEC isn’t the only one discussing the legal status of crypto-miners. But so far it appears to be the only one suggesting the SEC should consider whether crypto-miners are broker-dealers. In his March letter to the SEC concerning Blockstack Token LLC’s public offering of crypto-tokens, its external legal counsel Robert Rosenblum, a partner at the law firm of Wilson Sonsini Goodrich & Rosati in Washington, D C writes the following: “Miners on the Blockstack network are not broker-dealers even though they receive fees for recording transactions, because miners are not effecting transactions in the Stacks tokens or any other securities when they mine on the Blockstack network.”

What’s more, writes Rosenblum, the rewards and incentive payment received through mining on the Blockstack network are not and will not be transaction-based compensation and do not otherwise create a “salesman’s stake” in transactions in the Stacks tokens.

Rosenblum then goes into a lengthy explanation of why crypto-miners on the Blockstack network should not be classified as transfer agents. Their activities are performed automatically by the blockchain and not a person, as is required by the SEC to be registered a transfer agent. The crypto-miners, says Rosenblum, also have no part in executing ownership or transfers of securities, as do transfer agents. They will just record those transactions.

Rosenblum’s March letter to the SEC follows previous correspondence between Blockstack Token LLC and the regulatory agency on its capital raising by selling cropto-tokens called Blockstack Stacks. Rosenblum declined FinOps Report’s request for further clarification on whether his stance on crypto-miners applied to beyond those working on the Blockstack Token LLC network. His other rationale for the March petition to the SEC appears to be to ensure that Blockstack Token doesn’t have to register with the SEC as either an alternative trading platform or exchange.

In its April letter to the SEC, Templum doesn’t raise the potential for crypto-miners to be considered transfer agents. Instead, when making its case for further clarification, Templum takes a rather broad interpretation of the SEC’s Exchange Act of 1934 by parsing the language of the rule on broker-dealers into its three components.

Templum, which is represented by the law firm of Polsinelli, agrees that under the current regulatory framework it is unclear whether miners meet the definition of “engaged in the business” prong of the litmus test for broker-dealer registration. Templum also says that based on the SEC’s explanation of the role of compensation in defining broker-dealers and its definition of acting for the account of others it is unclear whether crypto-miners fall into the category of broker-dealers.

Such an expansive list of tasks allows Templum to argue that crypto-miners do one or more of those functions. So does stretching the definitions of those tasks. “Miners on many blockchain protocols could be deemed to be preparing and sending transaction confirmations when they process transactions related information that is added to a blockchain,” write Molinari and Pallotta. “There may also be cases where miners could be deemed to be participating in the execution of securities transactions or handling customer funds (I.e. digital assets that are not securities) or digital assets that are securities.”

Templum has plenty of reasons to want the SEC to define crypto-miners. Just what those are depends on whom one asks. Richard Levin, a partner with the law firm of Polsinelli, who drafted Templum’s letter, says it is a matter of fairness. “Templum is interested in creating an equal playing field for all players in blockchain and to ensure investor protection,” he tells FinOps Report. Molinari echoes those sentiments saying that “legal clarity is required to protect investors and players.”

However, crypto-miners contacted by FinOps Report believe Templum’s motives are self-serving. The fact that Templum’s new private blockchain will likely not rely on crypto-miners provides plenty of evidence of its true intentions. “Templum is eager to squash the issuance of crypto-tokens through public blockchains by stymying crypto-miners who work on them,” says one crypto-miner. “Being regulated would cost us far too much money and we would be put out of commission.”

Templum’s alternative trading system allows buyers and sellers to place indications of interest for security tokens whose ownership is reflected on a blockchain ledger using smart contracts. Initially envisioning the platform to operate as a public blockchain, Templum announced in February it was adapting to a private blockchain with the help of software vendor Symbiont. The firm is building the private blockchain and smart contracts system. The digital assets on Templum’s platform will be offered through a private offering and hence do not have to be registered with the SEC.

When that will happen is anyone’s guess but sooner than later would be ideal. Crypto-miners and registered broker-dealers aren’t the only ones worried about their regulatory status. The industry watchdog for broker-dealers, the Financial Industry Regulatory Authority (FINRA), is also interested in resolving the matter of crypto-miners’ legal designation, say legal experts.