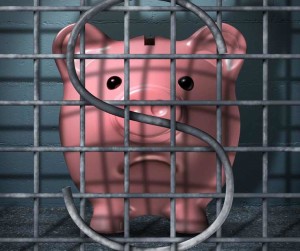 Anti-money laundering managers at US banks could soon beef up their efforts to help law enforcement catch human trafficking, thanks to a new line item on their suspicious activity reports (SARs).

The Bank Secrecy Act (BSA) of 1970 requires bank AML compliance managers to file SARs with FinCEN if they believe a transaction or series of transactions indicates some type of criminal activity. They don’t have to prove it does. Although FinCEN has issued plenty of guidance about the red signs of human trafficking, until now all AML managers could do is attach narrative explanations to their SARs indicating their hunches that the criminal activity involved is related to human trafficking. That is if they even considered human trafficking a possibility in the first place.

Chances are they didn’t, so the new line item might give AML executives some impetus to review whether their policies and procedures incorporate looking for signs of human trafficking. “It’s imperative that AML and fraud professionals understand the specific red flags of trafficking to ensure that they classify the activity accordingly on their SARs,” says Kahler. Given the multi-thousands of SARs FinCEN’s staff has to sift through each year, it is easy to miss potential human trafficking in the multitude of available boxes on a SAR unless specifically flagged.

Human traffickers play a key role in forcing millions into slavery, which includes work in homes and factories, sexual exploitation and marriages. Banks and credit unions help fuel the growth of the estimated US$150 billion international market for human trafficking, because they allow perpetrators to easily store and transfer funds. The US is ranked one of the worst countries in the world for human trafficking with an estimated 190,000 incidents reported each year according to the Walnut, California-based World Population Review which rates California, Michigan and Georgia as the top three hotspots. Far more incidents go unreported.

Human traffickers do leave financial footprints and so far larger money-center banks appear to have been more diligent than smaller local or mid-tier regional banks in looking for signs of human trafficking. However, the smaller players are the prime territory for human traffickers who think they can slip through the cracks of weak surveillance. Fortunately, local and mid-tier regional banks are starting to step up to the plate to do their part, say Kahler and other AML experts.

Optus Bank in Columbia, South Carolina is one of the first banks to receive ATII’s onsite training on best practices and red flags to sniff out the possibility of human trafficking, says Kahler. Several AML managers at other local banks in the southeastern US, who declined to be identified, also say they are relying on a combination of technology and improved training. They tell FinOps Report (www.finopsinfo.com) they have started to check off the SAR box on human trafficking and immediately notify local law enforcement authorities.

AML compliance experts still have a steep learning curve to overcome before they can get up to speed on all of the signs of human trafficking when they investigate alerts on irregular activities generated by transaction monitoring and other systems. “I did the best I could to explain what I thought was involved, but have limited knowledge of the warnings signs for human trafficking,” admits one AML manager at a US community bank when asked about his past practices.

As the AML manager and other consultants point out AML compliance managers are typically trained in fraud, tax evasion or potential terrorist activities. “It is very uncommon for financial institutions to have any human trafficking-related materials and training included as part of their AML/BSA compliance program despite FinCEN adding the box and issuing guidance,” says Kahler. Because signs of human trafficking can easily mimic other criminal activities, AML managers have been checking off boxes related to cash structure, tax evasion, drug trafficking, identity theft, and credit card fraud.

AML attorneys say that it is unlikely banks will now be fined if they were to check off the wrong box for criminal activity on their SARs, but regulatory examiners could start asking for explanations on whether the bank is including human trafficking when investigating potential wrondoing. At the very least a bank’s AML compliance director should be able to say that the bank has identified some of the risk factors involved with human trafficking and incorporated them in its customer onboarding and transaction monitoring process. Pleading ignorance will only open up a pandora’s box for the regulatory examiner to dig deeper into the bank’s AML policies and procedures.

If FinCEN’s upgraded SAR isn’t enough motivation to sniff out potential human trafficking, good moral conduct is. Banks are becoming cognizant of their social responsibility for practical reasons. “The reputational risk for doing nothing to assist law enforcement in combatting human trafficking is too great,” says Debra Geister, a financial crime business strategy consultant for NICE Actimize, a financial crime and compliance technology firm headquartered in Hoboken, New Jersey. “No bank wants to be the focus of any news articles alleging it facilitated human trafficking.”

So what can a bank do to make sure it notifies FinCEN of potential human trafficking? The telltale signs might not be obvious during the onboarding process. Many banks do perform searches on Google for negative media articles and purchase negative media data sets. However, they are more likely to uncover risks associated with financial crimes than human trafficking.

Lake Tahoe, Nevada-based NominoData, a provider of information on sanctions, negative news, cannibus-related businesses and drug trafficking sites, has worked with ATII to create a data set on possible perpetrators of human trafficking. The datafeed captures individual and business names, phone numbers, postal addresses and email addresses gathered from public websites and the dark web. “The data is designed to alert a bank or other financial institution to be aware that there is a potential risk of human trafficking that needs further due diligence,” says Al Madonald, chief executive of NominoData. He expects banks and other financial institutions to pay an annual fee of between US1,500 to US$3,000 a year for the new data; it will be offered for free to law enforcement.

The most common early warning signs of potential human trafficking are often the most ignored– human behavior and professional risk. “Young females might open accounts in their own names yet their male companions are answering all the questions and holding all the documentation, including passports,” says Geister. “Business accounts, which advertise on erotic websites, are high risk as are tanning and nail salons. The frequent use of these types of businesses in addition to other spending patters can also indicate human trafficking activity.” One attorney specializing in AML regulations tells FinOps Report that immigration lawyers should be added to the list of high risk candidates for human trafficking. “Nobody would think they would be involved so they can easily game the system,” he quips.

If the potential for human trafficking isn’t found during the account opening process, it might be during subsequent account activity. Transaction monitoring systems can be adjusted to take into account some of the high risk debit and credit payments that would otherwise be considered fraud. Kahler cites the following examples: a large volume of ATM and credit card use between 10PM and 6AM, a high volume of cash deposits in multiple branch locations, a high volume of deposits that are funnelled and immediately withdrawn, a customer using anonymous instruments to pay for bills instead of personal or business checks. Even more problematic transactions: an excessive number of high dollar grocery bills for a single business. The boss isn’t trying to bribe his or her employees. He or she could be feeding slave labor workers.

One of the most surprising indications of transactions often tied to human trafficking is a high number of dropbox movie rentals. Insomniacs apparently aren’t the only ones with a penchant for watching lots of on-demand programs. “Victims need something to occupy their time and excessive rentals at automated kiosks is just one sign something is amiss,” says Geister.

The use of transaction monitoring systems relying on more advanced artificial intelligence (AI) will do far better than those simply relying on rules alone to catch aberrations that might indicate human trafficking, asserts David McLaughlin, chief executive of QuantaVerse, a Wayne, Pennsylvania-based firm specializing in AML technology using AI. The reason: including additional rules alone to a transaction monitoring system could generate far more false positives that would need to be investigated, potentially causing AML managers to overlook the truly criminal situations.

By contrast, AI would look a multitude of transactional patterns, says McLaughlin. Case in point: a bank using QuantaVerse’s platform ultimately uncovered a sex trade operation by determining that it moved cash between two shell companies — a plumbing company and management consultancy– which had nothing to do with each other. The head of the sex trade operation also withdrew cash and funneled the money into a separate account and withdrew cash to buy real estate he sold three to six months later.

Ultimately, it is uncertain how well AML investigators will be able to pull together better technology and training to find human trafficking. Yet making a best effort could make a world of difference to victims. “This isn’t about satisying a government regulator,” writes an unidentified BSA officer for Fauquier Bank in a recent blog appearing on a website hosted by the MacLean, Virginia-based non-profit organization Just Ask Prevention. “Human lives depend on doing the right thing.”