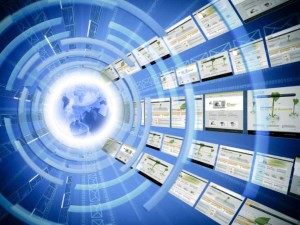 Until now, OCC has relied entirely on member banks and broker-dealers as liquidity providers. with the diversification of liquidity sources providing some relief should a member go bust. In a one-year commitment, the US$296.6 billion CalPERS in Sacramento will put up cash that can be tapped as a last resort in exchange for an undisclosed fee. The fee will increase if the liquidity is actually used.

Boston-based securities lending agent eSecLending is acting as the administrative agent for CalPERS. The lending agent’s role involves monitoring the transfer of cash for US Treasuries from OCC as collateral, daily mark-to-market valuation of the collateral and other operational tasks.

As an open-source solution, the source code will be available to all market participants to plug into their proprietary calculation and risk management systems. Although broker-dealers rely on different data and risk models to make their initial margin calculations, the use of the code, according to OpenGamma, could help ensure consistent margin calculations for bilateral trades — or those which are not processed through a clearinghouse.

The OpenGamma code. being designed to conform with the Standard Initial Margin Methodology (SIMM) will be accessible through portal Github.com. Development of margin methodology is an ongoing initiative by the International Swaps and Derivatives Association (ISDA) for compliance with the Basel Committee’s requirement to provide initial margin for bilateral derivatives trades. Its rules are expected to go into effect by the end of the year.

Launched in 2014, the service collects, enriches and administers legal entity documents banks require from clients to conduct business and comply with KYC and anti-money laundering regulations. So far, it is offered in the US, UK and Australia, but the service will be expanded to eight other countries by the end of the year.

Citi, Deutsche Bank, HSBC and Morgan Stanley worked to design the framework and data elements of the new service. The service will augment the data from publicly available sources with data provided by asset managers and corporations. Reportedly 1,000 buyside firms and corporations, representing more than 20,000 entities, are now registered to contribute data to the service.

Bank subscribers can download client profiles through online portal KYC.com. Banks will pay a fixed subscription fee depending on their size and a variable fee based on the number of client profiles they access.

Partners Markit and Genpact say that the client onboarding, compliance, credit and operations departments of bank subscribers benefit from consistent and improved improved data quality, as well as faster decision-making and operational efficiency.

The new ICAV will join the unit trust, common contractual fund, investment limited partnership and public limited company as the fifth type of legal structure available to fund managers as investment vehicles. Ireland’s central bank says that any investment funds set up under the older structures can easily convert into the new ICAV using the central bank’s documentation.

The Irish central bank is promoting as the new vehicle of choice for funds registered under either the European UCITS legislation or the AIFMD. The benefits to fund managers: reduced administrative costs. simplified reporting to US tax authorities and ease of migration for offshore funds. Global hedge fund and private equity fund manager Permal Group, with US$22 billion in assets under management, says it will migrate close to US$4 billion from the British Virgin Islands to the new Irish ICAV, which .