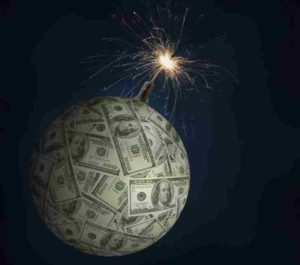 Bank trading desk, risk, and data managers are quickly realizing that the term fundamental in the new Fundamental Review of the Trading Book legislation should be taken literally and they don’t have much time left to prepare.

The European Union has set January 2022 as the timetable for banks in its jurisdiction to meet more stringent rules on calculating market risk and applying the right capital charge. The US Federal Reserve is set to follow suit. However, some reporting requirements could be imposed even earlier.

The FRTB isn’t just a number crunching exercise and it could easily take banks over two years to do all the work needed to comply on an ongoing basis. “The FRTB represents a fundamental transformation to modernize the market risk operating model,” says Usman Raj, a senior manager and Canada lead for the regulatory remediation and compliance group at global consultancy Accenture’s Finance and Risk Practice.

The FRTB’s new standards replace parts of the Basel 2.5 reforms introduced in 2009 after the financial crisis. Those reforms don’t go far enough to keep banks solvent in the worst market circumstances and regulators want to avoid further government bailouts. They want banks to have sufficient capital to withstand even more stressed market conditions for longer periods of time.

The more rigorous metrics imposed by FRTB will require banks to evaluate and revamp their new trading strategies, desk structure, data sources, risk models, and and computational capabilities. Using consistent pricing sources, data taxonomy, valuations, and data analytics across trading desks and middle offices is considered critical to reducing capital requirements. Given that banks typically rely on disparate data silos, product definitions, pricing sources, and valuation methodologies across their trading desks and middle offices, it is likely that most are still in the decision-making rather than testing phase. As a rule of thumb, the more complicated a bank’s trading strategy and the more semi-liquid or illiquid products traded the more difficulties it will face.

Regulators will require banks to select a standard-based approach (SA) to calculate their capital charge unless they can prove they can meet the far more rigorous requirements of an internal model approach (IMA). All the pain comes with some gain: at least a 40 percent reduction in capital charge by some industry estimates. Regulators will also allow banks to use a simplified alternative to the standard based approach, but only if they have small or simpler trading books.

The new SA and IMA calculations differ a bit from the ones imposed under Basel 2.5. The SA must now include multiple risk sensitivities which are the changes in the value of financial products caused by an incremental change in a given market risk factor. The new IMA is also designed better capture tail risk– or the risk of financial loss under the worst market conditions– by replacing a value-at-risk (VAR) approach and stressed VAR with an expected shortfall (ES).

Speaking with several risk operations experts, FinOps Report (www.finopsinfo.com) has condensed FRTB’s requirements into a five step process for our readers. Operations, data, and IT managers might not always be the front-line decision-makers on the FRTB team, but they play a critical role behind the scenes tweaking and oiling the engines needed to do make an exponentially higher number of calculations.

1- Define Trading Desk: The FRTB requires banks to select a risk model based on each trading desk and the trading desk is more than just a physical fixture. It must be defined by “a group of traders or trading accounts that implements a well-defined business strategy operating within a clear management structure.” Therefore, there must be a clear reporting line to senior management with supervisory reports and a compensation policy linked to pre-established objectives.

“Banks may be want to restructure their trading desks to reduce their capital requirements by optimizing which ones should seek approval for IMA and which ones for SBA,” says Andrew Aziz, managing director and global head of financial risk analytics for data provider IHS Markit in London. The restructuring, he explains, may involve separating less liquid products from more liquid ones. Other risk managers fear that banks might end up curtailing trading in some less liquid financial instruments to avoid higher regulatory capital charges.

2- Pick IMA or SBA: Although the FRTB allows banks to choose between using IMA or SA, banks must still calculate SA for each of their trading desks. That is because banks that can’t meet the requirements for the IMA approach must use the SA.

“There is no minimum as to how many desks can use the IMA versus the SBA and banks are motivated to use the IMA,” says Aziz. Other bank risk experts tell FinOps Report they are worried some national regulators could question banks applying IMA to too few of its trading desks compared to SA. Given that IMA is a more rigorous methodology, it remains to be seen whether regulators will require that banks using IMA to apply it to a fixed percentage of their trading desks.

Despite the lower capital requirements and potential regulatory pressure, using IMA won’t always be a bank’s first choice. The cost of proving the validity of the IMA to regulators might be more expensive than the actual regulatory relief itself. When deciding on either SA or IMA banks must take a host of factors into consideration. “Business strategy is evolving, new products are emerging, infrastructure is changing at a rapid pace, new technologies are being enabled and the global regulatory landscape is dynamic,” explains Raj.

3- Find Real Data: The challenge of finding real prices might end up being being the deciding factor for whether banks use the IMA or SA. The task is so intertwined with meeting the requirements for using IMA that some risk managers suggest it should be successfully completed before selecting the IMA.

The ES measures the “average” value of the largest 2.5 percent of worst case scenarios for a portfolio. In order for products to be included in the ES calculation, the market risk factors they are exposed to must be deemed “modellable” as determined by a risk factor eligibility test (RFET). That test is based on having enough “real price” observations spanning the tenors and currencies associated with the risk factors.

Banks that can’t pass the litmus test of finding a sufficient number of real prices will get penalized. Products that are exposed to risk factors that are not deemed modellable must incur a “stressed ES” (SES) capital charge. “In some cases the SES charge is so punitive that the SA capital treatment would be preferable to the IMA,” cautions Aziz.

4- Calculate risk sensitivities: Banks using SA must now include sensitivity analysis to estimate charges against delta, vega and curvature risks across seven risk classes, each of which is further divided into maturity buckets.
Raj predicts that the new sensitivity risk requirements could lead to an increase in the number of calculations by a factor of 20 times per trade compared to the current VaR calculations, prompting banks to revampe their IT infrastructures.

“Current technologies such as legacy relational databases and in memory data grids could result in far higher costs because of the significant investment required for computational power to support the increased calculations,” says Raj. “Banks are well advised to explore alternative solutions, such as leveraging cloud computing and advanced analytics platforms, to reduce the cost implications of FRTB.”

5- Validate IMAs: Banks opting for IMA must also successfully complete, P&L attribution tests (PLAT) and back-testing to receive regulatory approval to use the model. Back-testing determines how well an IMA captures risk while PLAT measures the difference between the P&L calculated in the front office and the P&L predicted using the IMA. The PLAT is meant to ensure the way each financial instrument is represented in the capital calculation doesn’t diverge too far from how it is represented by the bank’s trading desk.

Calculated on a monthly basis, the PLAT has turned into the most controversial requirement to meet IMA because it is the easiest to fail. If a discrepancy between the calculated and expected P&L ends up being too large for four times over a twelve month period the bank must switch to using the SA. Risk experts tell FinOps Report that banks are certain to flunk the PLAT if their front offices and middle risk offices rely on different market prices,valuations, or risk calculations. That is often the case when it comes to derivative positions because P&L calculations made by front office desks include valuation adjustments while risk models don’t.

Banks that are feeling the stress preparing for the FTRB can count on a host of vendors such as Bloomberg, IHS Markit, Asset Control, GoldenSource IBM, and ActiveViaM to fill any gaps with real market prices, data aggregation and analytics. Banks will still be left with plenty of strategic decisions and hopefully the benefits will outweigh any initial and ongoing compliance costs. By some industry estimates, the world’s largest banks could easily spend anywhere from US$100 million and US$200 million just to get ready.

Risk consultants believe that banks could turn effective compliance with FRTB into a competitive money-making edge, but some trading experts worry that regulators might have created the perfect storm for counterproductive market results. “The big risk is for instruments that initially qualify for the IMA,” cautions George Bollenbacher, director of fixed-income research for consultancy TABB Group in New York. “In periods of relatively high market volatility, banks may suddenly be faced with a large number of reclassifications from IMA to SA particularly with products including options.” As a result banks might shrink their positions, thereby increasing market volatility more and reducing liquidity.