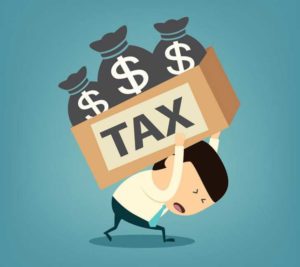 On October 2 when the US Treasury  published its announcement of eight regulations scheduled for repeal or replacement, tax operations, compliance and legal experts found a major disappointment. Despite repeated industry requests for repeal, or at least more clarity about some of its provisions, the controversial Internal Revenue Service Section 871(m) on withholding tax for US equity-linked derivative payments was conspicuously absent from the list.

“Financial firms will need to apply the rules as currently written,” cautions Mark Leeds, a partner with the law firm of Mayer Brown in New York. The reason: “The IRS doesn’t view 871(m) as onerous.”

Yet for panelists and attendees at a global tax reporting symposium hosted by the Securities Industry and Financial Markets Association (SIFMA) on October 3 and October 4, the IRS stance couldn’t be further from the truth. Topping the list of  troublesome provisions in IRS Section 871 (m) addressed at the event were how to apply the “anti-abuse” standard, how to combine two or more trades to determine whether the delta reaches the necessary threshold for withholding tax exemption, and how to interpret exemptions.

No one at the SIFMA-hosted event was willing to provide detailed advice on specific strategies financial firms should take.  “We’ll have to do our best and hope for the best,” was the consensus of five tax operations managers attending the gathering.

Industry focus remains on what can go wrong and asking the IRS for more change. Operations managers at several large New York banks attending the event told FinOps Report that, regardless of whether they thoroughly understand the rules, they will be liable if the tax they withhold falls short of what the IRS thinks it is due. Meanwhile, operations managers at several fund management firms that invest in US equity-linked derivatives say they are worried their withholding agents could end up withholding more tax than necessary. “When in doubt about whether to apply the tax or not, the withholding agents will play it safe to cover themselves,” says one operations manager. “We are left with the prospect of endless reconciliation and legal wrangling.”

The only answer for both sides seems to be more of what they have already been doing — keep on asking the IRS for more guidance or relief. So far, the IRS has provided some leeway, but not enough to satisfy market players. Karen Walny, an attorney with the IRS who helped draft the rules on Section 871(m), declined to respond to questions posed by either panelists or attendees at the SIFMA-hosted event on whether the tax agency would make any further changes to Section 871(m).

SIFMA, the Managed Funds Association, the Investment Industry Association of Canada (IIAC), the German Banking Industry Committee and European Banking Federation have already written to the US Treasury seeking changes to IRS Section 871(m). The US Treasury, parent of the IRS, opened the door to comment on its tax rules, following US President Donald Trump’s executive order on regulatory reform in January 2017. The reform aims to reduce the number of federal regulations and government agencies have been directed to seek industry feedback.

“Without basic guidance on interpretative questions that is needed to determine how to design and build new withholding tax systems to meet the approaching January 1, 2018 effective date, our members and their clients will continue to be at risk for over or under withholding or designing systems that fail to capture the Treasury’s intent,” writes Payson Peabody, managing director and tax counsel for SIFMA in New York in a recent letter to the Treasury. He urged the IRS to continue to apply rules currently in effect until the administration has the opportunity to reconsider Section 871(m). The IRS accommodated the request, in part, and pushed back the effective date of the most complex aspects of the rule until 2019.

“Some are hopeful that the IRS will extend the transition period beyond 2019 and will issue additional guidance that will address some of the problems under the current rules,” says Jeffrey Hochberg, a panelist at the SIFMA hosted-event who serves as a partner at the law firm of Sullivan & Cromwell in New York. “In any case, many firms are still grappling with implementing the transition rules and are not yet in a position to properly focus on how they will implement the significantly more complex rules that are scheduled to go into effect in 2019.”

The biggest non-US buyers of US equity-linked derivatives  — foreign hedge fund managers and retail investors — will incur  withholding tax of up to 30 percent of a payment that is deemed “dividend-equivalent.” They are the “long parties.” As the “short parties,” US broker-dealers and banks will be responsible for calculating the withholding tax and making the deduction from payments. They are also the ones responsible for notifying the long parties about the amount of withholding tax and at what point during the lifecycle of the derivative transactions they will withhold the tax.

Delta one trades will be not be exempt from the withholding tax and the IRS’ term delta one isn’t synonymous with a mathematical delta of 1.0. Therefore, financial firms will have to come up with their own policies for interpreting the term delta one. Based on an audience poll conducted at the SIFMA-hosted event, a delta one could amount to a delta of 0.95.  What’s more, even if the delta threshold is not met by a single transaction it could be met by two or more — otherwise called combination trades.

Even if the thresholds are met, that doesn’t mean investors are in the clear when it comes to withholding tax. According to the “anti-abuse” rule of Section 871(m), withholding agents would have to withhold tax if a principal reason the investor entered into a lower delta contract was to avoid tax. “Such an approach would completely undermine the objective delta standard and would create significant uncertainty in the market,” cautions Hochberg. “Tax considerations will often be a principal reason, even if they are not the principal reason for an investor’s decision to enter into a lower delta contract.”

How would withholding agents know the investor’s intent? It depends on how much extra work they are willing to do. Over half of the respondents to a poll conducted at the SIFMA-event say they would review the fund management firm’s previous trading activity and ask probing questions.

Hochberg is concerned that following the “anti-abuse” provision could lead to contracts executed before 2019 that are below the delta one threshold and those which have a delta of 0.8 after 2019 to be subject to Section 871(m) withholding tax. He urges the IRS to issue guidance to the effect that the “anti-abuse” rule will not be used to override the objective delta standard.

As if withholding agents weren’t worried enough about how to implement the “anti-abuse” rule of IRC 871(m), they also don’t know how to deal with “combination trades.”  The IIAC and the Managed Funds Association, representing hedge fund managers, have lobbied the IRS to ease the rules for combination transactions on the basis they are too complex and unclear to implement. The trade group representing Canadian brokers called the potential costs of building the right systems for combination trades “astronomical.”

Withholding agents and fund management firms would have to do some extensive trade monitoring to determine whether a “combination” trade meets the delta threshold for withholding tax. The IRS has suggested two methodologies. The first applicable, until January 2019, would put more of the operational onus on long parties or fund management firms. The second one, beginning in 2019, shifts the burden back to withholding agents.

Until January 2019, withholding agents could use an easy litmus test of whether trades were priced, marketed or sold together to determine whether they should be combined. However, if withholding agents can’t meet that standard, the long party or fund management firm will have the harder challenge of combining transactions in US equity-linked derivatives in a way that results in the highest number of shares subject to the derivative as having a delta of 1.00. If the delta comes to over 1.00, all of the trades would be subject to the withholding tax. “With no clear standards, market participants could end up with widely differing results with respect to similar trades,” says Leeds.

Beginning in 2019, withholding agents will have to use the litmus test of trades “connected with each other” to determine whether to combine them or not. Only trades which are done within two days of each other and are in the same account are required to be combined. “The definition of connected with each other is subject to interpretation and could rely on the withholding agent needing to know far more about the trades conducted by the long party than it currently does,” cautions Leeds.

The IIAC asked the IRS to eliminate withholding tax on US listed options and futures on the grounds it would be too difficult to include them in combination transactions. What’s more US listed options and futures don’t present the type of tax abuse Section 871(m” was intended to address. In its letter to the Treasury, the MFA cites the troublesome case of an investor trading 50 options trades on a single name in a single day. Long and short parties would then have to test more than one quadrillion unique combination of trades that could be formed.

For withholding agents, monitoring the changing delta in US listed options and futures will also be an onerous administrative task. “Clearing agents will need to change their contractual agreements with introducing brokers to ensure they are indemnified against any failures to withhold and are compensated for the additional work involved with reporting and collecting the withholding tax,” recommends Leeds.

Even when the IRS says an equity-linked derivatives contract won’t be subject to tax, withholding agents and long parties could still have plenty to worry about. Exemptions can’t be taken at face value. “Even if an index is a qualified index, the index will not be treated as a qualified index with respect to a particular investor that enters into a related short position with respect to more than 5 percent of the index components,” explains Hochberg. “A withholding agent arguably has to determine whether an investor holds such a related short position.”