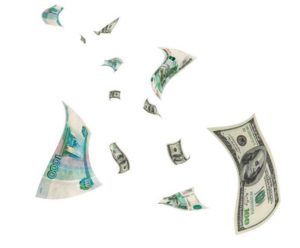 When it comes to following anti-money laundering regulations, global banks typically pay the closest attention to identifying their clients and payment transfers.

However, in preventing regulatory fines, monitoring mirror trading activities may be just as important for trading and AML compliance managers. So warn AML compliance experts who point to Deutsche Bank’s US$600 million fines from US and UK regulators in January 2017. The charges included the lack of oversight on the simultaneous buy and sell orders of the same stock on different exchanges.

The facts surrounding the Frankfurt-headquartered bank’s situation might, at first glance, seem like a rare occurence . According to media reports, the former director of Deutsche Bank’s Russian trading desk in Moscow and his wife allegedly received bribes in exchange for overlooking suspicious trading activities which took place between 2011 and 2014. However, no matter how uncommon this situation might be, the highly publicized regulatory fines against Deutsche Bank has put other banks on high alert.

“We have been asked by several banks to investigate their mirror trading activities,” says David Grinholz, director of the capital markets practice for financial crime consultancy Matrix-IFS in Jersey City, New Jersey. “Banks could easily fall prey to the same problems at Deutsche Bank, albeit on a smaller scale.” Though Matrix-IFS has found no violations of AML rules related to mirror trading so far, it doesn’t mean other banks should let their guard down.

Mirror trades aren’t inherently illegal. Traders can sometimes use them to earn profits through arbitrage — or taking advantage of price differences between exchanges. However. that’s not what happened at Deutsche Bank. According to New York Department of Financial Services (DFS) about 2,400 pairs of mirror trades conducted between April 2011 and October 2014 had no economic purpose other than to move rubles out of Russia by turning them into an estimated US$6 billion in US dollars and other currencies. An additional US$3.8 billion might also have been laundered outside of Russia through suspicious one-sided trades conducted by the same customers involved in the mirror trading transactions.

The red flags for regulators were two-fold. First, neither the end buyer nor the end seller of the mirror made any money on the trades. Of course, Deutsche Bank did make an undisclosed amount of money in commissions. Second, the actual end client counterparties were not well identified. In their settlements with Deutsche Bank, both the UK Financial Conduct Authority (FCA) and New York’s DFS criticized the bank for “unsafe and unsound” banking practices, serious anti-money laundering failures, inaccurate recordkeeping, and poor “know your customer” processes. Of the US$600 million fine paid by the bank, US$425 million was paid to New York’s DFS with the remainder to the FCA.

Here is how the mirror-trading worked: From 2011 to 2014 a Russian broker named Igor Volkov called sales trader Dina Maksutova at Deutsche Bank’s Moscow headquarters to place simultaneous buy and sell orders. Russian rubles were used to buy a blue chip Russian stock. The exact same value of the identical Russian stock was immediately sold in London in exchange for dollars, euros or pounds. The buyer of the shares — a Russian company — and the seller — offshore companies located in Cyprus and the British Virgin Islands — had the same beneficial ownership. By the time the scam finally unraveled in 2015, Tim Wiswell, the ex-patriate American who headed the bank’s Russian equities trading had been fired. So had Makutsova and a colleague sales trader Geogiy Buznik, even though neither one profitted from the scam. Deutsche Bank’s co-CEOs Anshu Jain and Jurgen Fitschen also resigned.

Who is to blame? Obviously the head of trading and his subordinates who executed the orders for starters. So is Deutsche Bank’s AML compliance department. Surprisingly, neither Wiswell’ supervisors nor any of Deutsche Bank’s compliance managers have been penalized. “For starters, the fact that the origin of the funds came from a Russian entity should have sparked a higher alert as should the offshore locations involved,” explains Balani. Rich Russians often funnelled their money offshore to avoid paying taxes. When President Putin declared the practice of “offshorization” illegal in 2014, it created a demand for other ways to move money out of their country. Mirror trading was an ideal solution, if it could be done secretly.

The second glaring red flag for regulators was the large number of mirror trades for no justifiable reason. “On average financial institutions conduct only a few dozen mirror trades a year, not the hundreds executed by Deutsche Bank and with no profit to either the buyer of seller.” says Grinholz. The third and fourth; “The trades were consistently executed on the same two exchanges — London and Moscow– and there was no understanding of the origin of the funds of trades involved,” he says.

Deutsche Bank only asked for clients to briefly explain the origin of their funds but never verified their accounts. Media reports suggest they could have belonged to relatives of Russian President Vladmir Putin or other rich Russians whose names appear on US and European sanction lists. Those sanctions forbid US and European firms from doing business with the listed individuals or firms.

Neither the NY DFS nor the FCA explicitly said that the funds involved in the mirror trading came from Russian sanctioned parties, but the fact that the compliance department of Deutsche Bank didn’t make sufficient efforts to identify the beneficial owners of the companies involved prompted regulators to suspect that money laundering was a distinct possibility. Deutsche Bank has never disclosed whose money was expatriated and its new chief executive has publicly said that the bank never knowingly worked with Russians on government sanctions lists.

The optimal approach to monitoring trading desks for money laundering and sanctions violations or even violations of currency control would be to integrate market surveillance systems with AML monitoring systems. Unfortunately, bank systems are typically siloed by the areas they monitor, such as AML, market surveillance and risk. The good news, Grinholz says, is that most financial institutions do have the necessary technology infrastructure in place to prevent mirror trading from being used illegally. Modifications can be made to any surveillance program with minimal effort.

Although one of the banks reviewed by Matrix-IFS had not violated any AML rules, the consultancy saw potential regulatory risk. The bank systems were not able to match the ownership of the companies on whose behalf trades were executed with the number of mirror trades they ordered. “We initially had to modify the underlying data structure of these entities to correctly link them and make certain that the monitoring system takes beneficial ownership linkage into account during its analysis of the trades,” says Grinholz. “We also enhanced the existing detection scenario to capture mirror trades.”

In addition to tweaking their technology platforms, banks need to spend a bit more time training AML compliance managers to pay closer attention to mirror trading. “Money laundering techniques continue to evolve and AMl compliance manages should receive training on the latest typologies,” says Balani. The number of mirror trades, repetitive patterns, transfer of money to offshore locations and any lack of profits are all potential red flags that trading activities must be further investigated. Cyprus and the British Virgin Islands are high risk jurisdictions for money laundering.

Trading desks should also know more about what to do if they smell wrongdoing. “Trading activities do raise red flags,” adds Grinholz. “The issue is how to improve the process of reporting and escalating potential violations. Financial institutions should carefully review their protocols.”

According to the DFS and FCA, Deutsche Bank should have suspected as early as 2011 that mirror trading was being used for illegal purposes when one of the counterparties, Westminster Capital Management, couldn’t settle a trade. Its license had been suspended by Russian regulators, requiring Deutsche Bank to pay for the trade. The bank was eventually repaid by Westminster Capital in 2012.

Yet another red flag appeared in early 2014 when a senior AML employee at Deutsche Bank was notified by an official at a Cypriot bank of his concerns about the identity of one of the counterparties to the mirror trades. As US and UK regulators note, the Deutsche Bank AML manager didn’t follow up on the warning on the grounds he had to prioritize his work and had too many cases to review. The inquiry was subsequently handled by the equities trading desk in Moscow which reassured the Cypriot bank that the trades were legit.