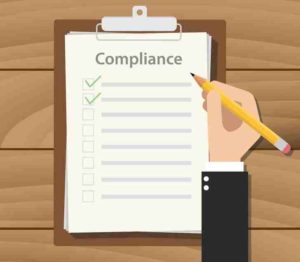 What possible difference could a few words make?

Apparently a lot for chief compliance officers of large swap dealers, fund managers, and clearing firms. They must be breathing a sigh of relief now that the Commodity Futures Trading Commission has proposed to harmonize the rules for CCOs with those of the Securities and Exchange Commission.

The CFTC is asking for industry feedback by July 7 on its recommended amendments, published in the Federal Register on May 8. The proposal is the first made by the CFTC under its Acting Chairman J. Christopher Giancarlo’s administration reflectng his decision to move away from a check-the-box approach to compliance and to decrease unnecessary burdens on CCOs. Giancarlo has been acting CFTC chairman since January 2017 after being appointed as a commissioner of the agency in 2014.

“Any attempt by the CFTC to harmonize the requirements placed on CCOs allows CCOs to focus on their jobs of maintaining an effective compliance program rather than having to deal with even minor distinctions,” says Jane Shamanesh, managing director of New York-based Adherence LLC which provides outsourced CCOs for investment advisors and broker-dealers. “Those minor distinctions only served to increase the CCOs workload.”

The Dodd-Frank Wall Street Reform Act of 2010 gave the CFTC jurisdiction to set rules governing most products in the over-the-counter derivatives market, with the SEC taking charge of security-based swaps only. Chief compliance officers, handling all types of swap transactions for swaps dealers, major swap participants and futures commission merchants had to follow the rules of both regulatory agencies. The CFTC finalized its rules in 2012, while the SEC did so in 2016. Major swap participants are typically fund managers who trade heavily in derivatives, while FCMs are broker-dealers or banks which clear derivative trades for introducing brokers.

Chief compliance officers at several New York brokerages who spoke with FinOps Report estimate that about one-third of their time is spent learning about new regulations while the remainder is spent on following existing measures. “We have enough trouble keeping track of so many conflicting rules from multiple jurisdictions let alone US rules,” says the CCO of one New York brokerage. “Reducing discrepancies makes our lives a bit easier.”

None of the CCOs contacted by FinOps expect that any linguistic changes to the CFTC’s rules governing them will reduce their hours at the office. Working late nights and weekends is just par for the course. They would just be grateful to focus on a single uniform set of rules instead of two. “If it means less paperwork to review and fewer reports to file, it’s a good thing,” says the CCO of another New York brokerage.

Some of the CFTC’s propoped rule changes are minor, while others are significant. Among the tweaks a clarification by the CFTC that the “senior official” CCOs must report to should be the firm’s chief executive officer or its equivalent. “By doing this the CFTC is taking steps to provide a definition that is largely consistent with the SEC’s definition of senior officer thus easing the operational burden of dual CFTC/SEC registrants,” says Julian Hammar, a partner with the law firm of Morrison & Foerster in New York. Although CCOs registered with both the CFTC and SEC typically reported to the same chief executive officer of their entire firm there was a bit of uncertainty as to whether those registered with the CFTC should report to someone else. The CFTC’s current rules never explicitly defined the term “senior officer.”

Next up: how to resolve any conflicts of interest within the firm. Depending on just how one interprets the CFTC’s rules, it could become a mind-bogglingly time-consuming task. CCOs who strictly read the CFTC’s current rules would think they had to personally resolve every potential conflict of interest in consultation with the board of directors or senior officer. The CFTC’s proposal would modify the phrasing to say that the CCO must take “reasonable steps” to resolve conflicts of interest.

Just what is reasonable? The CFTC appears to follow the SEC’s interpretation. “The CFTC will only require that CCOs under its jurisdiction make recommendations on how to prevent or correct the situation rather than having to ensure that business decisions were executed to resolve the conflicts,” says Shahmanesh. “The distinction allows the CCO to avoid having to spend extra time heavily enmeshed in day-to-day business line activities.”

What happens if a CCO must address any issues arising when a business line doesn’t follow the CFTC’s rules? Obviously, the CCO must have established procedures. The question then becomes how far up the reporting chain does the CCO have to go to win approval for those policies so it can implement them. “The CFTC’s proposal follows the SEC’s rule in removing the requirement for the CCO to consult with the board of directors or senior officer,” explains Hammar. “Instead, the CCO can consult with business lines, senior management, the board and independent review groups, as appropriate in resolving compliance issues.” Such flexibility would allow the CCO to more quickly resolve potential problems rather than wait for senior level approval.

Last but not least, the CFTC has simplified the part of the job CCOs dread the most: regulatory reporting. CCOs have to prepare and file annual reports with the CFTC and the SEC. The more a  CCO has to explain, the more time it will take to write the annual report. The CFTC has proposed to remove the need for CCOs to identify and assess the policies and procedures for each applicable CFTC requirement. Instead, CCOs registered with the CFTC would, like their peers registered with the SEC, only have to provide summaries of the policies and procedures established along with recommended improvements.

Also keeping in line with the SEC’s rules, the CFTC has proposed that the annual report completed by CCOs under its jurisdiction be sent to the firm’s audit committee, board of directors and senior officer before being sent to the CFTC. The reason? The CFTC shares the SEC’s view that furnishing the annual report to extra individuals ensures that all parties with overall responsibility for corporate governance and internal controls remain informed of the CFTC registrant’s compliance program.

Although the CFTC’s amendments aren’t expected to generate any opposition from industry players who lobbied the regulatory agency for change, one question remains. That is whether the definition of senior officer is the right one for reporting purposes.

Nihal Patel, an attorney with the law firm of Cadwalader, Wickersham & Taft in New York, suggests that the CFTC’s interpretation of the phrase “senior officer” be flexible. “In particular, consider a large and/or global bank that is registered as a swap dealer,” he says. “Is it correct that the CCO should report to the most senior person of the entire bank rather than the most senior person of the FCM,swap dealer or MSP business, particularly when such activities may be a relatively small part of the business of the legal entity.” As Patel notes, other language in the CFTC’s proposal also make it clear that the actual responsibilities of the CCO under its jurisdiction relate to complying with the rules of the FCM, swap dealer and MSP businesses of the firm and not all of the bank’s business lines.