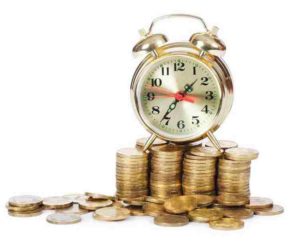 Swap dealers and other financial market players can now rest assured that a new numbering agency for over-the-counter derivatives contracts will have sufficient funding to be launched just in time to meet the reporting requirements of the second incarnation of Europe’s Markets in Financial Instruments Directive (MiFID).

That doesn’t mean they will be entirely satisfied with who the Association of National Numbering Agencies (ANNA) has selected as its four minority investors for the new Derivatives Service Bureau. Any expectation that swaps dealers, data vendors, and trading platforms may win seats on the board of directors of the DSB was dashed last week when ANNA announced that Euroclear Bank, SIX Financial Information, WM Daten and CUSIP Global Services were the four new minority investors.

Each of the four investors now holds a ten percent stake in the DSB and a seat on the DSB’s board of directors. ANNA, which holds the remaining 60 percent ownership, will appoint the remaining six directors.

“It is a missed opportunity that no users of ISINs for OTC derivatives were selected as minority investors,” says Karl Engelen, senior director from the International Swaps and Derivatives Association (ISDA). “We would have liked that users be represented on the DSB’s board and have a governance role rather than see a board comprised of 100 percent ANNA members.” As the trade association representing the world’s largest swaps traders, ISDA has consistently expressed disappointment in taking a back seat to ANNA when it comes to governing the DSB.

Data giant Bloomberg, which has lobbied regulators and the financial market to accept its FIGI identifiers as a better alternative to ISINs, is even more critical of ANNA’s decision.  “Wholesale ownership of the DSB by ANNA and individual members of ANNA only reinforces the monopoly situation for what was originally promised to be an industry-owned utility for the public good,” writes Richard Robinson, an industry relations and open symbology strategy executive at Bloomberg in a recent posting on Linkedin. Bloomberg declined further comment.

ISINs are alphanumeric codes designed to identify securities for the purpose of cross-border trading and post-trade operations. National numbering agencies currently assign ISINs to equities, fixed-income instruments and exchange-traded derivatives around the world. However, when OTC derivatives were added to the instrument types that would have to be reported under the European Union’s regulations, ANNA created a new special-purpose company to service OTC markets, because ISINs for OTC derivatives needed to be allocated in close to real-time.

The DSB is set to go live in October, three months before the second incarnation of MiFID takes effect. The pan-European legislation requires swaps dealers and others to file tranaction reports on all trades including OTC transactions. The European Union’s securities watchdog European Securities and Markets Authority has specified ISIN as the financial instrument identifier to be used for all reporting, including for OTC derivatives.

ANNA officials would not disclose how much money each minority investor put up for the DSB. It has  been announced that the outside funding was required to complete the development of the DSB and enable the DSB to cover its overhead costs for part of the first year before it starts generating revenues from users. ANNA funded the initial start-up costs for the DSB.

However, each of those numbering agencies also plays a significant role within ANNA. Daniel Kuhnel, chairman of the ANNA board of directors, works for Euroclear Bank in Hong Kong as head of primary market relations and international fixed income products. WM Daten’s managing director Torsten Ulrich also serves as vice-chairman of ANNA. As ANNA’s chairman and vice-chairman Kuhnel and Ulrich have a say in ANNA’s governance. SIX Financial Information and CUSIP Global Services are under a contractual arrangement with ANNA to operate a separate ANNA’s Service Bureau consolidating and distributing ISINs allocated by the existing national numbering agencies.

Why weren’t any non-numbering agencies selected by ANNA to be minority investors? In his Linkedin posting Bloomberg’s Robinson offers two possible explanations — either the industry did not see value in investing in the DSB or the industry was not provided a transparent opportunity to invest in the DSB. The DSB does rely on user input through its Product Committee, made up of representatives from the  buyside, sellside and trading venues, that governs the ongoing development of the ISIN data attributes and taxonomies for the different types of OTC derivatives.

ANNA’s managing director Emma Kalliomaki and Sassan Danesh, managing partner of Etrading Software in London, who took the lead in speaking with potential minority investors, deny any inkling of favoritism in selecting the numbering agencies as minority investors. There was no reason that numbering agencies were tapped as minority investors other than they stepped up to the plate to deliver the cash and had a clear understanding of the commitment necessary, according to Kalliomaki. “We held discussions with top-tier banks, trading venues and data vendors,” she says.”We were disappointed that none of these discussions worked out.” The London-based Etrading Software serves as the DSB’s technical and management services partner.

Kalliomaki, who previously worked for the London Stock Exchange Group as head of its Sedol Masterfile, does acknowledge that she and Danesh had a tough time selling the financial merits of an investment in the DSB. “From a purely business perspective, this was a very early stage funding effort and the initial stage was setting up an industry utility that didn’t previously exist and had no way to corroborate its financial projections,” she says. Therefore, as Kalliomaki explains, any minority investor would need to understand that its investment would be strategic with no guaratnee of a short-term return. Such a scenario might have been difficult for C-level decisionmakers to accept.

Yet another reason: ANNA couldn’t give some minority investors what they wanted.”There was an overall lack of knowledge about numbering agency operations and compliance requirements. Some potential investors anticipated receiving a competitive advantage from their involvement and we could not offer that,” says Kalliomaki.

What can ANNA offer minority investors? Unfortunately, not a role in managing the DSB’s functions as a numbering agency. “The four outside board members will be taking the lead on the commercial activities of the DSB that are outside the numbering agency functions as and when they evolve,” says Kalliomaki. As the DSB’s owner, ANNA decided to keep the governance of the DSB in its own hands to make certain it conformed with the operating, technical and financials mandated by the International Organization for Standardization (ISO), the global standards-setting group.

SIX Financial Information and WM Daten would not comment for this article while Euroclear was unavailable at press time. CUSIP Global Services issued a statement which cites Scott Preiss, its managing director and global head as saying “We are delighted to work with our ANNA colleagues to make the DSB a reality and take an active role in its governance.” However, when pressed CUSIP Global Services declined to clarify its governance role, instead referring questions to ANNA.

So far, ANNA has not elaborated on just what the DSB’s commercial activities would be. In its role as a numbering agency, the DSB will be operated on a cost-recovery business model. It stands to reason that value-added services could include data feeds which incorporate additional codes and information to the basic numbering-agency identification of OTC derivatives — ISINs, as well as Classification of Financial Instruments (CFIs) and Financial Instrument Short Names (FISNs) that are automatically generated together.

Given the need to have a new dependable numbering agency operational in time for MiFID II and fulfill all of ISO’s rules, ANNA certainly had its work cut out in obtaining the necessary funding. Any industry criticism could be a small price to pay in exchange for meeting the industry’s practical requirements.