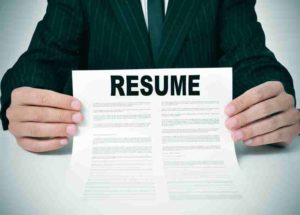 If the answer is yes to all or most of the criteria, you could end up among a handful of experts selected to participate on a committee being organized by the Association of National Numbering Agencies (ANNA). The extensive requirements reflect the challenging goal of the group, explained by ANNA in a recent announcement, which is to work with its new Derivatives Service Bureau (DSB) in developing definitions, classifications and taxonomies for over-the-counter derivatives. Members will be selected for a two-year term and can apply though a link in the press release.

National numbering agencies typically issue ISINs, but in the case of OTC derivatives a separate engine was necessary to enable real-time allocation. Financial firms need ISINs to identify the securities they trade and the transactions they clear and settle. They also require the ISINs for trade reporting. In the case of OTC derivatives in particular, the ISINs are necessary to meet the new reporting requirements of the second incarnation of the Markets in Financial Instruments Directive (MiFID 2) which becomes effective in January 2018.

ANNA has just issued the messaging specifications in the FIX protocol for firms to link front-office systems to the DSB engine. Although the engine has yet to go live, financial firms need the specifications now to secure the budget that will be needed in 2017 for testing and implementation. The FIX messages will transmit the data necessary to register for a new ISIN or make queries about ISINs for OTC derivatives that may already exist.

The DSB Product Committee will take over the work begun by a study group tasked by the International Organization for Standardization (ISO), the global standards body, to create a version of the ISIN that can identify the full range of OTC derivatives. A large part of the ISO study group’s labor, handled by dozens of volunteer industry experts, was analysis of derivative types to define them in terms of data required for an accurate identification. The new committee will complete this initiative, while also addressing new types of derivatives in use and recommending overall standards for data quality.

ANNA’s decision to ensure a cross-section of industry participation in the new ISIN product committee could go a long way in appeasing the concerns of the International Swaps and Derivatives Association (ISDA) which has been urging industry-based governance of the DSB.  The SG also agreed that FpML-based data taxonomy would be used and that taxonomy is derived from the derivatives taxonomy of ISDA which served as a co-convenor of the SG with ANNA. However, as the ISO-appointed registration authority for ISINs, the numbering agency trade group has made all the decisions about the technology and infrastructure for ISIN allocation for OTC derivatives.

Among these decisions are the engagement of London-based Etrading Software to help manage the DSB, in addition to its role as ANNA’s technical partner in developing it. In addition, global management and technology consultancy BearingPoint was appointed by ANNA to be its “trusted advisor” to assist with funding and revenue models and the governance framework. BearingPoint will make the final call on which applicants will be accepted to serve on the products committee. An RFP-based search for the right infrastructure services provider will also be overseen by BearingPoint.

A sense of being slighted may have been evidenced in a blog appearing on the ISDA website on October 24 entitled “We’re Here to Help.” In it, ISDA called for an open governance model so that derivatives market participants can play an active role in the development of the DSB. “Given the absence of competition in selecting and designing the infrastructure, it’s important the governance framework reflect the views of market participants — the actual users of the ISINs– and not just those with a commercial interest in the infrastructure.”

What does ISDA say now? Its reaction is lukewarm. “ANNA’s announcement about the DSB product committee is a step in the right direction,” says Karel Engelen, senior director at ISDA. “However, more clarity is needed around the composition of the DSB board, which is the ultimate decision-making body.” ISDA’s concern: “As it currently stands, there doesn’t seem to be a role for market participants, the ultimate users of the OTC ISINs, nor for regulators,” notes Engelen.

In its statement about the new product committee, ANNA states that it will hold a controlling majority on the DSB’s board in order to meet its responsibilities as the ISO-mandated registration authority for ISINs. The board will also include “minority investors” who are needed to help fund the creation of the DSB. ANNA did not indicate the number of board members or the DSB’s startup cost.

ANNA did not specify the how large the DSB product committee is expected to be or when accepted applicants would be notified by BearingPoint, although the board is expected to be active before the end of the year. ANNA has indicated that members of the DSB product committee would have to commit to between two to four hours a week and participate in teleconferenced meetings. Despite all the extra work involved with no pay, interest so far appears to be high. As FinOps Report went to press more than 100 individuals had already downloaded all the information about the new positions from ANNA’s website.