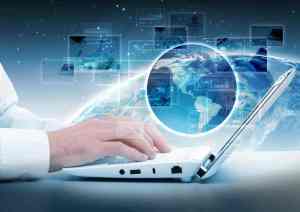 Oh, what a tangled web we weave, or make that what regulators weave!

If the Financial Stability Board (FSB) has its way, back-office operations executives at fund managers, custodians and broker-dealers will be working overtime to track down hoards of data on securities lending and repurchase agreements with no certainty it will be of any value.

“From what we can tell, it will be an exercise in futility, but we may need to think about preparing now,” one New York-based securities finance operations manager tells FinOps Report. His stance was the consensus of ten fund manager and broker-dealer operations executives specializing in securities lending and repo deals contacted by FinOps.

The FSB’s new recommendations on data gathering for securities lending and repo transactions represent the latest episode in a two-year saga to monitor so-called shadow banking activities. The regulatory body first requested comments on data aggregation and analysis in 2012, followed by a more detailed policy statement in August 2013 suggesting the use of trade repositories for delayed data collection. The concept of real-time streaming of data was scrapped.

In its latest consultative document issued last week, the FSB has elaborated on its 2013 guidance by explaining how data would be collected and used. Market players would provide information on the securities lending and repo transactions to so-called data collectors, which in turn, would provide them to local and regional regulators, which in turn would forward them to a “global aggregator.” The last lap of the journey: to the FSB itself, which would presumably have the ability to slice-and-dice the aggregated data, forwarding country-specific results to local regulators to further investigate financial firms in their home turf.

Who Will Do It?

Just who will be the “global aggregator” is unclear. And who will be the data collectors? The FSB again isn’t explicit. Commercial organizations such as SunGard, Markit and EquiLend, which already collect some information on securities lending and repo deals from borrowers and lenders could certainly fit the bill. So might domestic securities depositories and international ones such as Euroclear Bank and Clearstream.

“We are in the process of reviewing and evaluating the FSB report,” says a spokesman for Markit in New York when declining to comment further. Competitive differences aside, the benchmarking services provided by SunGard, Markit and EquiLend help borrowers and lenders to determine fair fees or reasonable returns for their borrowing and lending activities.

Just what is FSB looking for in the data it plans to collect? As usual, it’s systemic risk. Securities lending and repurchase agreements now fall under the broad category of “shadow banking”‘ — off-the-book lending and borrowing activities conducted under the radar of regulatory scrutiny. The FSB wants to know about financial firms potentially transferring risks off their balance sheets to hide them in vehicles outside the scope of national regulatory frameworks. Likewise, there is concern about over-leveraged debt in the shadow banking system causing “contagion risk” leading to runs on pricing.

The FSB is presuming it can track down systemic risk by reviewing “aggregate” information. Can it? Securities lending and repo operations and data specialists tell FinOps there is a high risk of double-counting cross-border transactions reported by lenders and borrowers in different countries. The global aggregator would be responsible for finding and fixing double counted trades, before delivering the “clean” file to the FSB. Doing so will be difficult, when it comes to cross-border transactions or those between lenders and borrowers in different countries. Making aggregation even harder, there will likely be more than one data collector for each market and the FSB has given countries some leeway in the exact formats, timing of the data delivery, and even content.

“We already have much of the data on securities lending and repo deals, but may not have everything the FSB wants and in the data formats it wants,” acknowledges Tim Smith, executive vice president of SunGard Astec Analytics service. “We will naturally have to receive the remainder of the information from borrowers and lenders themselves.” Borrowers are typically broker-dealers and banks, while lenders are fund management firms.

The commercial data providers will have information on specific deals, and the counterparties involved, but not the fees paid by borrowers , the asset classes used as collateral; and whether cash collateral was reinvested. This is where borrowers and lenders will have to fill in the gaps. Where will they find the information?

“There could easily be several dozen applications based on asset class, type of transaction — whether securities lending or repo — and collateral management,” cautions Ben Glicher, chief information officer for EquiLend in New York. Hopefully, financial firms will know just where the data is located, but that’s still a longshot.

“We just read the FSB’s consultative document and haven’t had a chance to determine where all the data is located. But I can tell you it’s likely scattered,” one securities lending operations specialist acknowledges to FinOps.

Planning for the Inevitable

What is his firm doing? The same as the other firms contacted by FinOps: praying the FSB changes its mind, but starting to plan for compliance. Operations specialists at a US asset management firm and a broker-dealer familiar with the FSB’s consultative document each say they expect to meet with their IT, data architecture and regulatory reporting peers shortly. “We’re all hoping this doesn’t turn into a lot of work, but we know it will,” says one. “So the next step is to scope out a strategy and potential budget.” Final thoughts: yikes.

When is the information due? The FSB suggests it wants a monthly “snapshots” of each securities lending and repo deal at the time of the report.  The FSB says that it will take another three weeks to evaluate the data and offer some analysis to local regulators.

No one is really sure what the FSB means by “snapshot.” “If it’s really just a snapshot, it will likely not take into account any changes over the life of the securities lending and repo contract which could represent collateral substitution, an extension of the timeframe, a re-rate, a partial return ,or  recall of the securities out on loan,” explains Smith. “By the time the FSB analyzes the data it may be too late for any regulator to take action.”

As is always the case with data gathering and analysis, the devil is in the details. And apparently, there are plenty meriting further comment. The FSB is accepting comments on its latest proposals by February 12, 2015. It says it will complete its work on developing data delivery standards and content requirements by the end of next year. By then it will also need to develop an implementation plan.

Good luck. If the challenges regulators have faced in collecting and analyzing swaps data provides any glimpse of what’s ahead for securities finance data, regulators will need all the luck they can get.