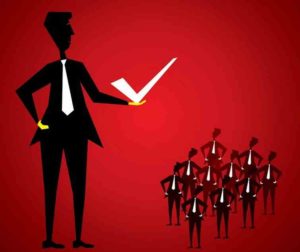 Banks and broker-dealer members of international securities depository Euroclear Bank in Brussels will now find it a lot easier to clean up trades which failed to settle on time.

Euroclear, which specializes in settling Eurobonds and cross-border transactions of domestic equities and fixed-income instruments, is offering its participants a free cloud-based platform to communicate information about their failed trades with back-office troubleshooters at Euroclear and counterparty firms to correct. So far, three banks are using the service operated by fledgling London-based financial technology firm Taskize with another two dozen in progress.

Although Euroclear owns a majority stake in the three year-old Taskize and is for now its sole source of income, it is trying hard to maintain the perception of Taskize as an independent software firm. Euroclear officials declined to discuss the Taskize service which was first announced in press release issued by Taskize last month. Euroclear will pay Taskize a fixed annual fee to allow any of its participants to use the platform, which relies on Linux operating system and is written in Java.

“We were developing our platform for broader industry use at the same time Euroclear was looking for a way to help its participants handled their failed settlements,” explains Taskize chief executive John O’Hara, a former technology director of JP Morgan’s investment bank unit. Euroclear opted to use Taskize instead of building the service on its own. The agreement with Euroclear does not prohibit Taskize from approaching other national securities depositories or their direct members. In fact, Taskize will go live with another undisclosed  depository in the second quarter of this year.

What Taskize offers is a sophisticated instant messaging platform. It won’t prevent a trade failing to settle on time — typically two days after it is executed. However, given that handling failed settlements tops the list of critical back-office operational problems financial firms have to handle, Taskize’s service offers some value.

The process of correcting a failed transaction that previously would have taken anywhere from several hours to as long as a day to complete because of missed or incorrect connections could now take less than an hour, according to O’Hara. All users have to do is log onto the Taskize platform through its website using an access code, then type in the details of the transaction in the structured fields and click onto an icon which will immediately connect them to the correct troubleshooter at Euroclear and the counterparty firm. Instead of relying on a series of emails, phone calls and faxes to figure out the best way of rectifying the failed transaction, the three executives can electronically message each other through the Taskize system.

The time savings is obviously a benefit for Euroclear Bank, which can field more inquiries in a shorter period of time. Euroclear can also potentially reduce the number of staffers dedicated to exceptions management. Euroclear’s participants, in turn, don’t have to spend as much time searching database directories, printed lists or emails to track down who at Euroclear and the counterparty firm is best equipped to handle the failed settlement. Taskize’s system will read the details of the transaction and can forward it to the right person based on the type of asset, country of issuance, issuer, currency and availability of staff.

Neither Euroclear Bank officials nor O’Hara would provide any quantitative estimates on Taskize’s return on investment. However, even if only one to two percent of trades processed at Euroclear, the world’s largest international securities depository, fail to settle on time, cleanup costs can add up for both Euroclear and its participants. Large global banks can rely on hundreds if not thousands of executives to handle back-office operations and exceptions processing. So far, about sixty operations executives are using the Taskize platform, says O’Hara.

Trades often fail to settle on time — later than two days after they are traded in a T+2 environment — when either cash or securities are not transferred to the correct counterparty. The longer it takes to correct the mistake, the higher the costs for the participant, which could end up with a settlement fine, buy-in activity and further problems with other interrelated transactions. The cash or securities in question might be needed to meet another settlement obligation.

As a rule of thumb, trades in fixed-income transactions which fail to settle on time, are more costly to fix than equity. Neither Euroclear officials, nor O’Hara would provide any quantitative estimates on Taskize’s return on investment. However, even if only one to two percent of the trades processed at Euroclear each year fail to settle on time, Taskize’s service could come in handy.

Euroclear is footing the bill so its participants don’t have to consider any licensing or subscription costs. But O’Hara is counting on them to be future direct customers of Taskize. In experiencing some of the benefits of the service for free, Euroclear’s participants will be motivated to sign up to use the platform for other reasons besides failed settlement such as exceptions processing. “Transactions which are flagged as problematic by internal or third-party reconciliation platforms can ultimately be handled through Taskize,” says O’Hara.

Another likely application of the software will be collateral management, he predicts. As financial firms face more margin calls due to higher margin requirements, they will likely have more disputes to resolve. They must do so in close to real-time so any quick method of communicating between counterparties could be helpful, says O’Hara.