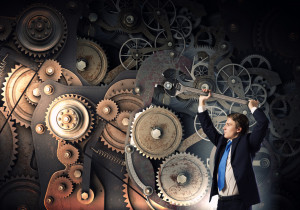 Now that more than a year has passed since they’ve had to deal with new reporting requirements under the European Market Infrastructure Regulation (EMIR), fund managers are belatedly waking up to the fact they could soon face whopping regulatory fines for not submitting correct data on their derivative transactions to accredited trade repositories.

Regulatory operations directors at several UK and European fund shops tell FinOps Report that the UK’s Financial Conduct Authority (FCA) and Germany’s BaFin have been privately informing them they will start cracking the whip. If the size of the penalties paid by their sell-side brethren for poor transaction reporting under MiFID are any indication, fund managers have plenty to worry about. Deutsche Bank was hit with a fine of 4.7 million British pounds sterling, while Barclays paid up £2.45 million and Royal Bank of Scotland coughed up £5.6 million.

“We have been given a free pass until now, but that won’t last for long,” bemoans one fund management operations manager. “It’s only a matter of time before they verify just how well — or how poorly — we have performed.” Although no one wanted to publicly disclose just what percentage of reports were being filed with either incorrect or incomplete data, all five operations directors who spoke with FinOps acknowledged they were not doing as well as their brokerage and bank counterparts.

At the heart of the requirements of Title VII of the US Dodd-Frank Wall Street Reform Act and EMIR is reporting on the number and details of swap transactions to a recognized trade repository. However, there are three critical differences between the European and US measures that make life for European fund managers that much tougher. First, unlike the US, where for the most part, only broker-dealers and banks are required to report, under EMIR any type of counterparty must do so, although it can operationally offload the work to a third-party. Second, while US regulators only require information on swap trades, European also want data on listed derivatives. Third, European regulators also expect to see information on collateral types and margin amounts allocated for each swap transaction.

Given that there are far more fund managers than broker-dealers and European regulators don’t care whether a fund manager has hundreds or only a few swap trades, it stands to reason that the fund management community will heavily burdened. Typically it is the largest fund managers that have the deep pockets necessary to invest in a comprehensive reporting infrastructure. But at the other end of the spectrum, fund managers executing only a handful of transactions may find that filling out the necessary paperwork manually is dangerous. “It is those fund managers who should worry the most, because their errors could be that much more obvious, leading to a regulatory audit,” says Bjorn Schumburg, senior consultant with investment management technology provider SimCorp in New York.

As with all regulatory reporting requirements, the process involves collecting  and organizing hoards of information, validating it, making the required calculations and then shipping it off to the correct destination, which in the case of EMIR is a trade repository accredited by the European Securities and Markets Association (ESMA), the super-regulatory agency.  Among those fitting the bill are Regis-TR, a joint venture between Luxembourg’s international depository Clearstream and Spain’s depository Iberclear, as well as infrastructures operated by Depository Trust & Clearing Corp. (DTCC), ICE and CME.

Identifying the “correct” data is the first big challenge. What is true might depend on which system is feeding the reporting engine — possibly an order management or trade execution platform, a portfolio accounting system, a back-office clearance and settlement system, or even all of them. Ideally, the information stored in the various systems will be identical, since it reflects the same trade.  However, that’s only the case if a firm is consolidating the system data through a central investment book of record (IBOR), warn operations experts, or it catches and corrects the discrepencies by other means.

“Different systems could easily have divergent data,” explains Cian O’Braonain, director of the regulatory practice for Sapient Global Markets in London. “It’s the common problem of data silos which then requires data to be reconciled internally.”

Presuming that the fund management firm has its act together and the data is proven to be accurate, then what? Now comes the tricky part: filing in the data fields for the trade repository.  “All of the trade repositories in Europe have different data requirements, due to how they have built out their solutions to support EMIR,” explains Chris Childs, chief executive officer for DTCC Deriv/SERV, the US market infrastructure’s umbrella unit governing transaction reporting and asset-servicing for over-the-counter derivatives.

EMIR has come up with a clearly defined set of 85 data fields, but there are inconsistencies in rules to populate the fields. “There are also some differences among trade repositories on what data fields are mandatory and what are optional to complete,” adds Bill Blythe, a director at Gresham Computing, a London-based software firm specializing in reconciliation work.

While there is no ambiguity about the requirement for unique trade identifiers, market process does not always make a common UTI available to both counterparties by the reporting deadline, notes Childs. The result: some firms might generate their own, which don’t match those of their counterparties.

Since ESMA does not dictate a particular message protocol, trade repositories are free to use their own. DTCC is accepting web-based manual spreadsheets for low-volume users, uploads via web-services for medium-volume users, and FpML-based messages for the most technologically sophisticated. Firms which have to report to more than one repository could have a data reformatting challenge on their hands, unless they can rely on FpML.

Of course, one can only hope that a fund manager’s trading system correctly captures any changes to the trade over the course of the transaction’s lifecycle, as well as information on collateral matches reported by its counterparty. Then comes the interpretative clincher: fund managers might have a different opinion than the regulators or even their counterparties about identifying the asset class of the trade trade and, in the case of a complex structure, whether to report separately on each leg instead of the transaction as whole, says O’Braonain.

With the challenge of complying with EMIR’s reporting requirements so high, what’s a fund manager to do? Outsourcing the work to a broker-dealer or custodian sounds like a quick fix, but is far from ideal. “Given that the legal liability remains with the fund manager, it could end up either doing far more reconciliation work or taking its chances the broker-dealer or custodian will complete the task correctly,” says Schumburg.

Fund managers with only a handful of swaps or listed deals — with few counterparties — might be willing to take the risk some one else will do the work well enough, rather than spend the extra time and expense doing it themselves. However, not all broker-dealers and custodians are willing to take on the outsourced reporting task, so the pickings are slim. “The broker-dealers have really been forced by their fund managers to do the work and aren’t exactly too eager about it, because it’s not a very lucrative business,” says one UK fund management operations director.

For fund managers who are up to the challenge of completing the reporting work in-house, there are plenty of software vendors who offer either licensed or managed technology to handle the reporting task. Sapient, SimCorp and Gresham Computing claim that their applications are winning fund manager customers who want to take advantage of the data aggregation and validation tools. SimCorp’s reporting solution is a component of its Dimension platform, which provides an IBOR for consolidated exposures and collateral data, which can then be enriched with data from third-party systems.

However, it’s hard to determine just how rigorous the validation process is, say fund management compliance experts. The software firms say they are able to catch incomplete data fields or blatant mistakes from “fat fingers” before a report is filed, but that’s just part of the battle. “It is unclear just how reliable software packages are to address any regulatory questions which require interpretation,” worries one UK fund management compliance manager. “Presumably rules could be programmed, but how well they work is anyone’s guess.”

Given that no one wants to receive a call or audit from a regulatory agency about even the smallest error, compliance experts recommend that fund managers conduct periodic random sample testing of their software. “Fund managers also need to think about manually reviewing their reports and going through their systems on a quarterly basis to see if the data matches up and calculations are accurate,” says a UK fund management compliance specialist. “You can’t afford to take anything for chance.”

Case in point: something as simple as neglecting to set a time clock can alert the regulators. Gresham Computing’s Blythe cites the recent case of a fund manager that simply forgot to change the time zone on an order management system to US Daylight Savings Time. The trade execution time was flagged by UK’s Financial Conduct Authority, which required confirmation that the report was accurate.