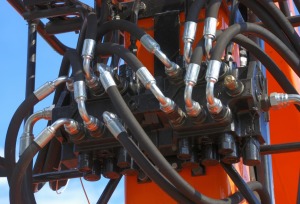 Besides having four letters, the two words have plenty in common based on an exhaustive list of “what’s in” and “what’s out” for 2015 released by the EDM Council, the global trade association advocating efficient enterprise data management.

The profitability of financial services firms has always been based on risk analysis, and that analysis depends on data. However, the quality of that data — in multiple senses of the word — will be an even higher priority in 2015, because of yet another four-letter word: BCBS 239. It’s the acronym for a set of fourteen principles promoted by the Basel Committee on Banking Supervision, developed in collaboration with the Financial Stability Board, on how financial firms should monitor and report on their risks.

While only the “systemically important” financial institutions are initially faced with complying with the principles of BCBS 239 by January 2016, mid-tier and smaller ones won’t be far behind, forecasts Michael Atkin, managing director of the EDM Council. who singlehandedly produced the list has become the de facto holiday card for his organization over the past ten years.

If BCBS 239 is “in,” Just what is it replacing? The US Dodd-Frank Wall Street Reform Act is its counterpart on the “what’s out” side list. Of course, the point isn’t that financial firms should ignore that legislation and its reporting requirements. That’s not the point. Rather, Atkins is suggesting that it’s more fundamental to work on what the BCBS wants.

Data management and regulatory reporting specialists at three global banks tell FinOps Report that their firms are fully aware of the BCBS standards but have yet to break through all the business and geographic silos to capture risk data across multiple business lines, let alone monitor its accuracy and completeness, as the BCBS would like. Their peers at three global fund management firms echoed their concerns about their preparedness on the data requirements. When it comes to the new definitions of timely reporting, they know that quarterly or even monthly analysis won’t cut it any longer. End-of-day or even intraday will be the norm.

Hence, “adherence to principles” is the in-thing in 2015. The legacy concept of regulatory compliance is tactically important, but far too narrow a focus. The principles set forth by BCBS 239 enable financial firms to have right risk data to manage their own risk and transparency, while giving regulators what they need to monitor risk across global markets so they can avoid another financial crisis — not to mention being able to put their hands on reporting data without breathing hard.

And just what does monitoring risk across global markets mean? The phrase systemic risk is often used to refer to the chance that the woes of one institution could easily affect others, but that concept should also be is on its way out, thinks Atkins. Systemic risk is about contagion and that potential occurs for a reason. “Analyzing that potential shouldn’t be called systemic risk, rather linked risk,” he explains. “Linked risk would define in more granular detail just how closely intertwined the finances of each firm are.”

However, to understand linked risk, the “legal view” and “legal operating unit” become the most critical elements to consider about a firm rather than only “relationship” or “local operating unit.” The reason: they more clearly define just who is left holding the bag in the event of another company’s financial weakness or even bankruptcy. “Matching up relationships is an important contextual exercise, but the common thread between financial firms is a legal one — as defined by their contractual obligations,” explains Atkins. Enter the importance of legal entity identifiers (LEIs) to help understand just how one legal entity is exposed to another.

Another buzzword on the EDM Council’s “what’s out” list: Big  Data. “All it really means is a lot of data,” says Atkin. It’s replacement is “predictive analytics.” Just what can a financial firm predict? For starters, which products and trading strategies and which customers and counterparties will be the most profitable. Even better, it might be able to provider a clearer view of future investment risk and returns.

BCBS hasn’t left operational risk out of its guidelines. Data based on past operations-related losses should also be part of the future risk profile. However, such an  endeavor would probably be stretching the limitations of what many firms can do now. Anecdotal evidence indicates that large global banks are further ahead than their fund management peers that might not have all the necessary data, acknowledge some fund management operations specialists. Even if they do, might not be able to crunch the numbers for lack of adequate predictive formulas.

Hence, a lot of human actions and oversight are still necessary to avoid glitches in processing corporate actions, meeting tighter settlement deadlines, or managing the complexities of collateral. “If an operations manager has a hunch that certain corporate actions are error-prone, certain internal batch procedures aren’t working, or broker-dealers and custodians are slacking on their service level agreements, senior management should take them seriously,” says one operations executive at a global fund management firm. The potential answers: improved workflow management and controls, automation and even training, he believes.

Like many guidelines emerging from regulatory efforts to monitor and control systemic risk, the BCBS principles are a grand vision that may not reflect what’s possible today. But there is no question that they shine a light on the future of risk management, not only for regulatory reporting purposes but also for protecting financial institutions from nasty surprises. More accurate and complete data, along with faster and more forward-looking analysis, will go a long way to mitigating those big interconnected risks. Now it’s just a matter of financial institutions biting the bullet to make that vision real.