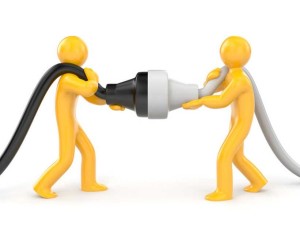 Financial firms wanting to use central matching platforms other than industry leader Omgeo to acknowledge their US trade details will no longer have to worry about meeting a two-day settlement cycle in the US.

An otherwise chilly competitive relationship among Bloomberg, SS&C Technologies and Omgeo is now turning into a respectful friendship of sorts, as evidenced at a gathering of the FIX Trading Community in New York last week where officials of each organization sat together on a panel. Although the bulk of their discussion focused on the growing use of the FIX message protocol in the post-trade space, the status of the coming linkage among Bloomberg and SS&C’s matching platforms with Depository Trust Company (DTC), the US national securities depository, drew plenty of attention from attendees. Omgeo and DTC are subsidiaries of Depository Trust & Clearing Corp. (DTCC), the US market infrastructure responsible for clearing and settling US securities transactions.

Omgeo officials say that the goal is for Bloomberg and SS&C to link their US matching services to the DTC’s settlement system in the fourth quarter of 2016. That means that once trades are matched through Bloomberg and SS&C’s central matching platforms, Bloomberg PTS and SSCNet respectively, they will automatically be routed to the DTC’s settlement platform. Such a scenario is necessary for financial firms using either Bloomberg or SS&C’s platforms to meet a two-day settlement cycle which will take place on September 5, 2017 as previously reported by FinOps Report (US Braces for Testing T+2 Preparedness: February 26, 2016).

In matching the economic details of a trade are acknowledged by financial firms with each other. If matching doesn’t take place quickly enough or at all, a trade could easily fail to settle on time. That process can happen either centrally through fund managers and broker-dealers sending trade details to be matched through Omgeo, Bloomberg PTS, SS&C’s SSCNet. However, it can also take place locally using a sequential process of communications between fund managers and broker-dealers through the FIX message protocol. Either way, to meet a two day (T+2) settlement timetable, trade details must be affirmed by noon EST on T+1, instead of T+2 as is the case with the present T+3 cycle. Trades which are centrally matched stand a greater chance of being affirmed faster, claims Omgeo. However, afficionados of the FIX message protocol say that using it for local matching counter that it can be just as effective and even less costly than using a central matching platform.

The new-found camaraderie among Bloomberg, SS&C and Omgeo is fueled in large part by regulatory changes and requirements. Until last November, Bloomberg and SS&C’s US matching services could not link to DTC because they didn’t even have the Securities and Exchange Commission’s approval to operate in the US as matching services. SS&C competes with Omgeo in offering matching services for Canadian securities and links to Canada’s central securities depository. However, the SEC had only given its blessing to Omgeo’s Central Trade Manager for non-US trades and Omgeo TradeSuite ID for US trades. With the US regulatory agency recently awarding Bloomberg and SS&C’s matching services equal status to Omgeo’s — the ability to provide matching services in the US without having to register as clearing agencies — Bloomberg, SS&C and DTC could then focus on direct connection of their matching applications, a requirement imposed by the SEC in the approval process, as previously reported by FinOps Report (US Post-Trade Matching: Omgeo, Bloomberg or SS&C, December 16, 2015).

Yet another obstacle that was eliminated by the SEC in approving Bloomberg and SSCNet’s status: overriding the DTCC’s insistence on the “single-access” concept of an intermediate step. In other words, the DTCC wanted matched trades transmitted through Omgeo TradeSuite service to acquire an affirmed/matched trade confirmation before reaching its ultimate destination at DTC. Now instead, trades matched through Bloomberg and SS&C’s platforms will be able to be routed directly to the DTC’s settlement system.

Bloomberg, SS&C and DTC will certainly have their technological and legal work cut out for them, as Bloomberg and SS&C were just given the necessary IT specifications. They have to figure out how the messages on matched trades can be transported from their matching platforms to DTC’s settlement system and how DTC’s settlement platform can register them. Although Bloomberg PTS and SSCNet might allow for either FIX messages, proprietary message types or ISO 15022 message types to be used, the output — or matched instruction — must be reformatted into a version of the ISO 15022 message that is accepted by DTC’s settlement system. The same applies to Omgeo. DTCC has also filed a rule change with the SEC to allow Bloomberg PTS and SSCNet to connect to the DTC’s platform as is the case with Omgeo.

“As a systematically important financial market utility, DTC follows rigorous standards for any technological development it undertakes, including a very structured lifecycle of governance, analysis, coding and testing,” says Matthew Nelson, Omgeo’s managing director of global product and strategy.”Based on the development effort and the time expected to be required for thorough market utility and end client testing, DTC is targeting a Q42016 implementation date.” The late timeframe also takes into account the SEC’s approval process for connectivity. Adopted by the SEC in November 2014, the Regulation System Compliance and Integrity, or Reg SCI for short, calls for market infrastructures and others to follow rigorous technological and operational standards to reduce the occurrence of systems issues.

Bloomberg and SS&C officials assured the audience at the FIX Trading Community-hosted event that their IT staffs could meet the challenges of connecting.  “We have top-notch technology experts in New York and Toronto in the financial markets group of SS&C working on the connectivity,” says Robert Moitoso, senior vice president and general manager for the financial markets group at SS&C, which is clearly looking to leverage its market share in offering other services in the post-trade space for its new US matching service. Best known as a data giant, as well as a front-end terminal and trading applications provider, Bloomberg has also been slowly expanding in the post-trade arena.

Now that a third-party Omgeo API will be available for vendors and clients later this year, Bloomberg and SS&C will also be connecting to Omgeo ALERT database which includes the standing settlement instructions (SSIs) necessary to complete settlement after matching takes place. Omgeo’s ALERT is considered the financial industry’s largest commercial database for SSIs, reflecting messages on how and where funds and securities are to be exchanged on settlement date. Omgeo’s ALERT needed to be open to enriching trades for those already matched in other third-party platforms to achieve DTCC’s goal of turning the database into an accepted industry utility with a 100 percent adoption rate.

With preparations for linking Bloomberg PTS and SSCNet with DTC, well under way, financial firms will have far more choice as to which central matching service to use. They no longer have to rely on Omgeo’s alone. However, it remains to be seen how much of a difference that will make in reducing Omgeo’s commanding lead. For now, Omgeo says that over 1,000 firms are using Omgeo TradeSuite. SS&C wouldn’t release new figures on the number of firms using SSCNet, but estimates that it covers about 85 percent of Canadian trades. Bloomberg would not provide comparable information, but its application for qualified vendor status to the SEC generated plenty of support from brand-name fund management firms.