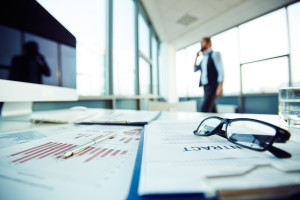 SEC Chills Pre-taliation: The Securities and Exchange Commission’s enforcement of rules against whistleblower retaliation has just taken another giant step forward with the US regulatory agency’s first announcement it has penalized a firm for restrictive language in an employment agreement.

Although the US$130,000 fine was against KBR Inc., not a financial services firm, attorneys specializing in securities law are warning clients that the KBR case signals more enforcement actions to come. The SEC has reportedly already requisitioned past and present employment contracts from a number of unnamed firms.

Legal experts highlight that there was no proof that KBR, one of the US’ largest government contractors, ever overtly attempted to block an employee from unauthorized contact with a regulator. The penalty was only for the inclusion of a confidentiality clause in an employment contract which forbade the discussion of certain topics without the approval of the firm’s legal department, on threat of “disciplinary action up to and including termination.” KBR has also been required to eliminate any “pre-taliation” clauses out of its contracts, and inform employees who signed the contract of the changes in their agreements.

“The takeaways from the SEC’s order are clear. First, the SEC is and will continue to actively investigate employer-employee agreements and other arrangements that have even the potential to stifle the reporting of securities law violations,” blogs Jonathan W. Hackbarth, defense specialist in ligitation and regulatory enforcement actions with the law firm of Quarles and Brady LLP. Should the SEC find anything, he adds, firms can expect to pay substantial penalties as in the case of KBR.

What should compliance officers do now? The quick answer is to review and correct, if necessary, all contracts with employees, agents, and other representatives. Those include confidentiality, compensation, employment, settlement, and severance agreements. “The SEC will look critically on any arrangement, no matter how creative, that could even potentially stifle whistleblowing,” warns Hackbarth.

Voting Trumps Revenues: Fund managers won’t hesitate to lose money by recalling loaned-out shares in order to cast their votes at annual meetings and other events, according to a new study from academics at Georgetown University, DePaul University and the University of Cambridge.

Corporations require that only the rightful owners of shares on a pre-established record date be allowed to vote. That means that unless lenders of equities ask for their shares back before the contractually agreed upon time, their voting rights could end up in the hands of borrowers. Fund managers lend out securities to earn extra revenues on their holdings from borrowers — namely broker-dealers and hedge funds — who need them to meet settlement and other obligations.

The study, based on anonymized data from pension funds, insurers, and other large institutions including mutual funds, showed that asset owners were most likely to ask for their shares back if they felt their vote was important. Such was usually the case when it came to matters involving executive compensation, takeover threats and corporate controls. Asset holders were also more likely to recall shares when they want to vote against management-endorsed proposals.

SunGard Does it Again: Mutual fund complexes and their service providers can now outsource all of their transfer agency work to SunGard thanks to its new shareholder recordkeeping utility.

The utility leverages SunGard’s takeover of Citigroup’s transfer agency business, including its staff, for long-only funds on March 31. SunGard wouldn’t disclose the size of Citi’s book of business, but says the transaction, is made easier by the fact the technology giant had already managed Citi’s transfer agency platform, SunGard’s Asset Arena application, since 1998. The platform, which services US and non-US investment funds, hedge funds, collective trusts and exchange-traded funds, is used by about 200 fund managers, says SunGard.

Transfer agency work for investment funds involves transaction processing, opening new accounts, servicing shareholders and control/reconciliation functions. Mutual fund complexes either perform the tasks in-house, or rely on third-party fund administrators and custodians to do so. As is the case with Citi, many of those providers have exited the transfer agency business due to high overhead costs. SunGard says that the new service will be marketed to investment funds, administrators and custodians as a means of reducing their operating costs.

The transfer agency utility is the second one the Sungard has launched in recent weeks. The firm also unveiled a utility for post-trade derivatives work with Barclays Capital, a client of its licensed software, as its first customer.