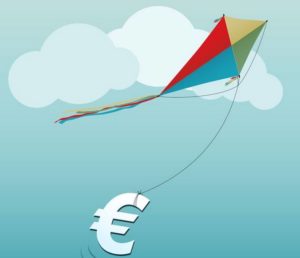 Swaps dealers and other financial firms which need international securities identification numbers (ISINs) for over-the-counter derivative contracts will pay for receiving the codes based on one of three new categories they select from a new pricing model released by the Derivatives Service Bureau (DSB), being launched by the Association of National Numbering Agencies (ANNA).

The new “final” fee model represents a dramatic departure from what was originally envisioned following some industry criticism of the initial proposal published in January. Comments were due by February 6. Users of the DSB can still expect some tweaks to the pricing model which will be discussed in another consultation document in May. That consultation will also address how potential rebates will be handled, if the DSB’s revenue exceeds its operating cost.

According to the DSB’s “final” consultation paper on the topic of fees published late week, the new model reflects the timeliness of accessed ISINs downloaded, rather than how many ISINs are created, or whether the user firm needs the ISINs for reporting purposes. In addition, financial firms will not be charged separate fees for using the FIX protocol to communicate with the DSB. The new fee schedule is still based on a cost-recovery methodology and the DSB’s estimate of a €6 million annual operating cost.

Financial firms will have to sign user contracts and declare which category — power user, standard, or registered — they fall into, so that they can be charged the correct annual fee. They will have to commit to the entire annual fee before they begin creating new ISINs, which will identify the over-the-counter derivatives in transaction reports required under the second incarnation of the Markets in Financial Instruments Directive (MiFID II) and other European Union regulations. MiFID II is effective in January 2018.

For other types of financial instruments like equities and debt, national numbering agencies typically generate the national codes and ISINs used for trading and post-trade purposes. However, ANNA’s membership decided to create a different kind of numbering agency — a fully automated global platform — that could deliver the ID codes in near real-time. This new derivatives service bureau will allocate ISINs for interest rate swaps, credit default swaps, equity derivatives, foreign exchange derivatives and commodity derivatives.

Expected to be comprised of tier-one banks, broker-dealers and multilateral trading facilities, the power user category will pay the most for new ISINs and for bulk access to the archive of ISINs and reference data. In return for the higher cost, they can have the freshest data – delivered by automatic feed or download on an intraday basis. Standard users — likely small to mid-tier broker-dealers and fund managers — will pay less than power users — but can obtain bulk downloads of ISINs and data up to the previous end of day.

Registered users — typically research firms and other analytical shops — will not pay a red cent. However, registered users cannot create new ISINs and their bulk downloads will deliver ISINs and data that is at least 24 hours old.

Those wanting to verify whether ISINs have already been issued for over-the-counter derivatives contract, even on the same day, can do so through a search through the web portal if their level of bulk data service doesn’t already provide it. Each web query from a power user can deliver up to 200 results, while each standard user can receive up to 20. Each search by a registered user will deliver only five results at most.

“Regardless of which category a firm falls under, it will be able to search the ISIN database on a near-real time basis,” explains Sassan Danesh, managing partner of London-based Etrading Software, the firm hired by ANNA as the technical and management partner for the DSB. “The main distinction will be how timely the bulk download of pre-existing ISINs will be.”

The new fee model, says Danesh, divides the operating costs of the DSB more fairly across the user base, compared to the earlier proposed model. Ten industry responses to the initial fee model consultation paper were published on the ANNA website.  Those from State Street and a group led by the International Swaps and Derivatives Association (ISDA) were the most detailed in explaining their objections to the DSB’s initial pricing model and offering alternative approaches. The ISDA-led group included the US Securities Industry and Financial Markets Association and its European counterpart Association of Financial Markets in Europe. Representing some of the world’s largest swaps trading firms, ISDA wanted to play a greater governance role in overseeing the creation of ISINs for OTC derivatives contracts.

“State Street believes the proposed fee model is overly complex and allocating costs (and therefore fees) among the regulated ISINs that have an ISIN reporting obligation is unfair and will limit any future expansion of the ISIN usage beyond MIFID II,” wrote Guy Kirby and Beverley Doherty, managing directors of State Street’s Global Markets Division in their comment letter. “Also the underlying mechanism of using the number of OTC derivative instruments reported is too cumbersome as it requires firms to devote resources to tracking ISIN creation and will lead to discussions about volume rebates.”

Instead, Kirby and Doherty suggested that the DSB should adopt a simple, tiered approach that eliminates the distinction, proposed in the original fee model, between firms that need ISINs for regulatory reporting and those that don’t. Those fees, they said, should be based on firms with the same characteristics. Under State Street’s vision, Tier one users of ISINs would consist of ISIN creators such as multilateral trading facilities and systematic internalizers. Tier 2 would consist of other firms which still require connectivity using the FIX protocol but are not MTFs and SIs. State Street’s GMD operates two multilateral trading facilities and one systematic internalizer.

Data giant Bloomberg, which has consistently been critical of ANNA’s efforts in the OTC ISIN space, was the most vocal in disagreeing with the DSB’s pricing model. Instead of offering an alternative, it focused its attention on whether the estimate of DSB’s €6 million annual operating cost was legit. “It appears to be a figure out of thin air. Without knowing how this figure is determined we cannot say whether any of this is fair and equitable,” wrote Richard Robinson and Richard Young of Bloomberg. The firm has lobbied the financial industry and regulators to embrace its FIGIs as the best IDs for OTC derivative contracts.

In with the New

In its new pricing model, DSB retained its €6 million estimate for the DSB’s annual operating cost, but eased the financial burden on the largest users of the DSB. The largest banks and broker-dealers falling under the category of power users will pay a lot less than initially envisioned if they had been classified under the older categories of either FIX user or regulated ISIN creator.

In setting its new fee schedule, the DS acknowledges that it may have still underestimated the number of firms needing ISINs in the category of power users. If that’s the case, the DSB would have to work out some type of rebate.

Although questioning the estimates for annual operating costs and number of ISINs allocated, the group of trade associations led by ISDA agreed that a new category of power users be created. Still, the groups argued that there should not be a difference in fees for firms wanting ISINs for multiple classes of OTC instruments and for those wanting them for a single asset class.

“The distinction was needed as a way of allowing those who wanted more ISINs to pay more than those who wanted less,” counters Danesh, noting that the number of asset-classes acted as a proxy for the volume-based approach that several respondents had requested. He says that a tiered pricing model based on the number of ISINs needed could not be created because it is cannot be determined with any certainty just how many ISINs will actually be issued.

Danesh also downplays concerns from ISDA and other trade associations that a potential increase in the number of ISINs allocated could result in higher operating costs for the DSB and an increase in the fees charged. “A higher number of ISINs will increase the work to ensure the consistency and quality of the underlying metadata,” wrote ISDA in its response to the DSB’s request for comment. “While there are certainly economies of scale to be had, does the DSB anticipate an ISIN volume threshold beyond which additional costs would be incurred?”

Danesh says that the automated model of ISIN generation adopted by the DSB means that any increase in costs based on ISIN volumes — beyond the estimated two million annually — would likely be minimal rather than exponential. Hence, he does not anticipate it would have a significant effect on the fees charged.