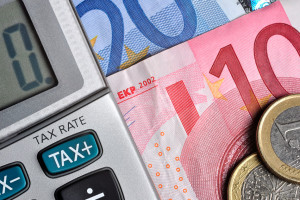 Let’s face it. Consumers aren’t eager to pay sales taxes, but neither are retailers eager to charge and collect them.

Taxes not only raise prices and potentially reduce the number of sales made, but tax collection also creates operational and technological burdens to administer.

Now imagine operations and IT specialists across the globe having to address the same issue. Financial transaction taxes (FTT) are already being levied in two markets and on the horizon in nine other European markets, affecting transactions in hundreds of different products including equities, depositary receipts,  exchange-traded and over-the-counter derivatives. The nine countries that are still trying to get their act together are seeking agreement on how much tax should be charged, which securities or financial contracts will be affected, and what procedures should be implemented to collect and report on the tax.

Originally proposed in 2011 as an EU-wide tax of 0.1 percent of the value of equity and bond trades and 0.01 percent on derivatives, the idea has been strongly opposed by some countries on the grounds that its extra-territorial reach would be harmful to local and foreign economies. However, nine EU markets — Germany, Austria, Belgium, Greece, Portugal, Slovakia, Slovenia and Spain — may find consensus soon.  For investors and their financial firms, this could spell a new transaction tax in those countries by January 2016, even if only for equities.

France and Italy are ahead of the pack, implementing their versions of a transaction tax in 2012 and 2013 respectively. The UK remains on the sidelines after losing an appeal to the European Court of Justice in April on the grounds there was insufficient information on the final shape of any FTT to know with any certainty how it would affect the UK.

How will this work on a cross-border basis? All that is now known — or at least suspected — is that local European tax authorities are leaning toward a so-called “issuance principle,” collecting taxes in the nation where the security was issued. Case in point: a deal between a US fund manager and a UK broker dealer on a German equity would be taxed and reported to the German tax authority.

Without clearcut details from regulators, shouldn’t financial firms just  sit back and wait? Opinions vary. “Financial firms don’t have sufficient information on which to plan,” insists Christian Voigt, senior regulatory advisor in London for Fidessa, which operates trade execution and order management platforms. “They don’t know the tax rate, which securities will be affected or exempt, who will be exempt, who to report to and when, so it’s best to have all the facts before they start preparing.”

But others are advocating a far more proative approach. There are just too many business units in the front, middle and back offices that will be affected not to start making plans early, warns Denis Orrock, chief executive of capital markets at securities transaction and trading technology provider GBST, which has just co-authored a new report on the European FTT with global consultancy Deloitte. Here’s just a basic whiff of how the work will be divided: the front office has to capture the required data and incorporate the estimated or actual tax into the cost of a trade, while the middle office must correct any errors the back office might make in calculating the amount of tax and potential refunds by reconciling those figures with the transactions conducted.

The more diverse the types of assets traded and the larger the size of the organization, the more difficult compliance will be. Different business lines — and different branch locations — will have various levels of technological and operational maturity based on the applications used. “Complying with any FTT is rather complicated, because it usually requires data from a wide range of different sources,” agrees Voigt. “Therefore, firms must ensure that all of their systems — such as front-end ones — are collecting the required data and passing it onto the middle and back office, where the firm can piece it all together. Unfortunately, there is little harmonization across already existing FTTs.” The result: operational workflow in daily operations will differ from country to country and firm to firm.

So far, based on the two markets which have implemented the European transaction tax, the road to compliance for other countries will likely get pretty bumpy. The French transaction tax — phased in beginning 2012 — only applies to French equities and depositary receipts. In the case of equities, it comes to 0.2 percent of the value of the trade in Paris-listed stocks with a market capitalization of more than €1 billion. However, Italy has added corporate bonds and equity derivatives to the list of affected securities and imposed a mindboggling 48 different tax rates. Equities and bond trades are charged a 0.12 percent tax on their value if they are exchange traded. Over-the-counter equity trades — such as those executed through dark pools — are charged a 0.22 percent tax. What’s more, the Italian securities don’t even have to be listed in Italy. They can be listed everywhere as is the case with shares of fashion giant Prada listed in Hong Kong.

“Knowing the entire range of departments impacted and the potential complexity of the legislation will help financial firms get a head start in preparing,” says Orrock. Here are five steps GBST and Deloitte suggest will go a long way toward ensuring a less taxing implementation project. If they sound like a military team preparing for battle they are. Orrock says they are based on the successful implementation of GBST’s new tax collection and reporting engine for French and Italian securities at a tier-one bank.

Critical to preparing is understanding how many business units will be involved, predicting the volume of taxable trades, forecasting the potential amount of tax which might be due based on historical transactions, knowing who will use a financial transaction tax reporting engine and who will have responsible for maintaining it.

“Answering these questions is key to helping position a strategic FTT project as a business opportunity to limit tax expenditure and better service clients, as well as a regulatory change,” says GBST-Deloitte report. At a time when C-level executives have to deal with so many change projects, one has to rise above the noise to be heard.

Recruit key representation of all interested parties and look at every office which trades the affected securities. Engaging these representatives of the trading, middle and back-office operations and IT units will help sell the need for to address the European transaction tax a lot more quickly.

Early in the process, operations and IT staff must identify all the applications which will be affected. The reason: they will need to gather the necessary data — as in static prices; foreign exchange rates and open and closed transactions — to feed into any engine that calculates and reports the transaction tax.

“Ownership of the rules and oversight of their interpretation and set-up is of critical importance on the project timeline,” says the report. The reason: the rules will have to be built into any FTT operational compliance system.  Those rules could include trade netting, a practice now done by securities clearinghouses to minimize settlement obligations for their members. France already allows for such netting to be done, typically by the executing broker’s middle office. If netting of account purchases and transactions in the same security ultimately reduce tax obligations, compared to transaction-by-transaction charges, the brokers can then rebate to their fund manager customers some of the tax already collected.

Sounds like a great idea, except for the fact that to determine just who is entitled to a tax refund and how much. These calculations go far beyond the basic task of tax collection and reporting. Broker-dealers must adopt more sophisticated IT systems to keep track of transactions and payments or they may not be able to process rebates correctly, says the co-authored GBST-Deloitte report.

5. Call for backup, if necessary:

Once a financial firm figures out that it needs to prepare for the transaction tax and what might be involved, it has to look itself in the mirror and ask: Can I do the job on my own or do I need external help and if so what kind? The answer will depend on just how much of the workflow for complying can be done in-house, how many of trading markets will be affected, whether the IT department can quickly implement a new FTT system, and if there are skilled staff in-house to do the job. If the answer is no to any of these questions, it’s time to consider external help.

Senior-ranking operations specialists at five large European fund management shops contacted by FinOps Report say they will likely count on their executing brokers to do all of compliance work related to the new transaction taxes, the same way they do for French and Italian taxes now. However, as fund managers will likely be liable for any errors, they are concerned about the readiness of their brokers.

“We’re starting to ask the tough questions and expecting to hear some reasonable answers on their concrete gameplan,” says one operations manager in Frankfurt. “We know their IT and operations units will be burdened, but we don’t want to be.” His wish: lots of refunds, if other European markets adopt a netting model, akin to France.