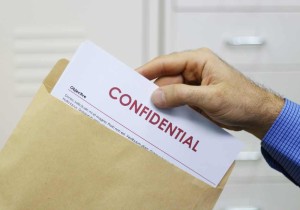 No harm, no foul.

That is the premise of how regulators typically work when it comes to deciding whether to fine a firm for wrongdoing.

The stance is keeping asset management firms awake at night worried about potentially misinterpreting what could be perfectly legitimate transactions, compliance manager tell FinOps Report. “We’re in an unbearable position,” says one compliance officer at a global asset management firm, headquartered in the US. “The standard of reporting is far higher than before and we’re not exactly mindreaders and its not always clear whether wrongdoing was intended.”

The European Commission has always considered insider trading and market manipulation to be illegal as evidenced by the Market Abuse Directive, MAR’s predecessor. However, in the new MAR, the EC now wants to extend the definition to include all trades whether executed or not. Financial firms must also monitor cancelled or changed orders, including those involving high frequency or algorithmic trading. It will be considered an administrative and criminal offense to cancel or amend an order to trade on the basis of insider information or to give a false or misleading signal to the market.

Compliance managers who consider any trade suspicious must report the transaction — and disclose the identities of the trader and portfolio manager involved — to the regulator of the country where their firm is registered with an explanation of why the trade is considered suspect. For UK firms it would be the Financial Conduct Authority (FCA). It is unclear whether US asset managers or broker-dealers will be required to report those suspicious trades to the US Securities and Exchange Commission, which has previously said that its rules for filing suspicious activity reports don’t apply to US trades.

Adding cancelled or changed orders to the types of transactions now covered under insider trading rules introduces a new risk-based approach to regulatory oversight. “It’s now all about preventing wrongdoing rather than simply penalizing wrongdoing,” says Tony Sodhi, head of the legal, regulatory and compliance practice for consultancy GFT in London. Traders or portfolio managers who intend to commit wrongdoing may eventually do so. Therefore, figuring out who is at the highest risk for doing so is critical.

Fund managers who don’t execute their own trades will still need to follow MAR even if their broker-dealers do the regulatory reporting. They will need to monitor the instructions given to their broker-dealers and also verify they have reported any suspicious trades. Likewise, broker-dealers will need to monitor orders executed, cancelled and changed by their own traders as well as the instructions received from their fund managers, explains Anne Plested, head of the European Union regulation change program for Fidessa, an operator of order management and execution management platforms.

Making compliance far more difficult for financial firms is that the EC has also expanded the types of trades that must be covered to include those not only executed on European exchanges, but also any trade for an instrument that happens to be admitted to trading on an EU market. That includes securities on multilateral trading facilities, organized trading facilities and even over-the-counter swap contracts which will fall under the jurisdiction of the second version of the Market in Financial Instruments Directive (MiFID), which incorporates more trading venues and financial instruments than its predecessor. Both measures are aimed at ensuring that all regulated markets operate in a correct fashion. However, the new version of MiFID must still be transposed by each country and the timetable for implementing MiFID II has been extended by a year to January 2018 to take into account changes to transaction and position reporting systems.

Just how is insider trading defined by MAR? The definition has been expanded from only non-public information that has a significant effect on the price of the instrument be prohibited, to include information that a “reasonable” investor might use as part of the basis of his investment decisions. The types of trades which fall under the category of market manipulation have also been expanded to include those involving spot commodity contracts and benchmarks. Manipulation of benchmarks is already a criminal offense in the UK.

The penalties for violating MAD will also go far beyond monetary fines which can come to a maximum of E5 million for a guilty individual and 10 percent of a firm’s annual turnover. The complementary Criminal Sanctions Market Abuse Directive (CSMAD), also applicable in July, requires the 28 member states of the European Union to establish criminal offenses for insider trading and market manipulation. Violators will face a minimum of four years in prison for executing or trying to execute orders based on inside information or the intent of market manipulation. The UK has opted out of following the CSMAD in favor of following its own rules for deciding criminality. It remains to be seen just who will be held personally liable for violating MAR beyond those who actually did the deed. The FCA has indicated it will take a no-nonsense approach.

Determining insider trading and market manipulation is far easier if a trade was actually executed. There are plenty of software applications which can match up when the trade was executed to the timing of news or other critical information affecting the price of the financial instrument. Therein lies the circumstantial evidence which might be grounds for a compliance manager thinking the trade is suspicious. There are also certain types of trades which could be construed as market manipulation.

But when the trade has been cancelled or the order is changed, how can a compliance manager determine the actual intent of either the portfolio manager or the trader, asks George Bollenbacher, director of the regulatory compliance practice for consultancy Capital Markets Advisors in New York. Should the manager presume that either one cancelled the order because he knew the trade was illegally based on an insider information or would be construed as market manipulation. There could be another perfectly innocent reason the trade was cancelled — as in an incorrect timing or amount. Proving that no market manipulation — such as affecting the closing price of the instrument — is even harder than insider trading. The reason: insider trading can always be tied to a public event whereas market manipulation cannot.

Compliance managers wanting to have more reassurance about their opinions won’t find it easy. “Consulting with either the portfolio manager or the trader about the trade without clearer evidence could legally be construed by a regulator as tipping off the alleged criminal,” warns Bollenbacher. “Either the portfolio manager or the trader could be involved in wrongdoing. Or they could be in cahoots. The MAR specifically says that anyone suspecting an illegal activity cannot tip off the alleged wrongdoer.

Technology will likely play a role in flagging alerts of suspicious trades for compliance managers to further investigate. Order management systems and execution management systems typically feed data on executed orders to trade surveillance systems which will match them up against predefined rules to catch potentially criminal behavior.

“It all comes down to trading patterns,” explains GFT’s Sodhi. “How do the number of trades, types of orders, frequency of orders and timing of the orders differ from certain trading activities considered perfectly legitimate.” It is up to the firm to come up with its own criteria. Of course, it needs to test those criteria to ensure that the application doesn’t come up with too many false positives which need investigating.

Just how difficult will the technology tweaks be? “OMS and EMS systems generally store changed and cancelled orders so changes might have to be made to trade surveillance systems to take into account more types of trading behavior,” says Plested.

As is always the case with regulatory compliance, even the best IT systems aren’t foolproof. “Certain order patterns such as rapid-fire buys and sells that don’t get executed should cause alerts to be generated,” says Bollenbacher. “Those alerts won’t always translate to the trade being considered suspicious.” Therefore, compliance departments must always review all alerts received.

Technological changes aside, Bollenbacher suggests that compliance managers create new written policies which would incorporate cancelled or changed orders into the category of suspicious trades. The next step would be to notify portfolio managers and trading desks of the change in policies and train them on potential scenarios which might constitute suspicious activities. Last but not least, policies for creating an audit trail and storing the data would have to be established. Sodhi predicts that financial firms will likely be keeping in closer contact with exchanges and other regulated markets. The reason: those trading platforms have their own trade surveillance systems which will pick up suspicious trading patterns as well.

How are compliance managers faring? “Some are shaking their heads, because they simply don’t know what to do,” says Bollenbacher. “That’s a dangerous move. They need to step up to the plate and act now.”

Compliance managers at three UK asset management shops confirm Bollenbacher’s stance. “We still haven’t figured it out all the technology and documentation requirements and are working with our broker-dealers,” says one compliance director. Yet another says. “We’re worried about how rigorously the FCA will enforce the rules but think we have enough time before they require compliance.”