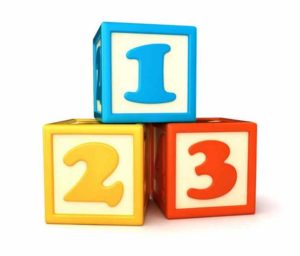 Financial firms will need to start preparing their 2018 budgets early now that the Association for National Numbering Agencies (ANNA) has given them some inkling of the fees needed to obtain new international securities identification numbers (ISINs) for over-the-counter derivative contracts.

The largest swaps dealers and trading platforms would pay the most, while low-volume OTC derivatives traders would pay the least to receive twelve-digit alphanumeric ISINs. That is what ANNA has proposed in a recent document out for public comment. Feedback is due by February 6.

The new Derivatives Service Bureau (DSB), a subsidiary of ANNA, is set to be in production in early October 2017. That’s three months before the second incarnation of the Markets in Financial Instruments Directive (MiFID II) will become effective. The pan-European legislation requires trades to be reported a day after they are executed and the pan-European regulatory watchdog European Securities and Markets Authority (ESMA) has designated ISINs as the accepted identification code. UAT testing for connectivity to the DSB is set to begin at the beginning of April, with an early-testing option through the DSB Demo website starting next month.

The industry consultation on pricing models is the third one run by the DSB. The first related to the data content and attributes of asset classes needing the ISIN, and the second was about the technology and operations standards of the DSB. Of the three, the one related to pricing models is likely to generate the most debate because it relies on a best-effort attempt to create a cost-recovery fee schedule based on subjective assumptions and estimates. As is always the case, assumptions are subject to debate. The largest firms might also object to the idea that the tiered payment structure could have them funding most, if not all, of the operational costs of the new ISIN numbering agency. The cost base takes into account the usual expenses of management, technology and support services as well as a reserve for financial emergencies.

The proposed charges that DSB users would pay are based on the estimated DSB operating costs, the estimated number of users of the ISIN allocation platform and the estimated number of ISINs which will be allocated. ANNA says that its inputs and methodology rely on the overriding principles of equitable access and charges limited to cost recovery only.  These are required by the International Organization for Standardization (ISO), the global standards body which designated ANNA as the registration authority for ISINs.

Until now ISIN codes have been issued by solely by national numbering agencies, and have historically identified equities, fixed-income instruments and exchange-traded derivatives. When the MiFID II mandate required reporting of some OTC derivative transactions as well, ANNA opted to create a new global, automated numbering agency to handle the identification of  OTC derivatives in close to real-time.

ANNA expects that annual operating costs of the DSB numbering agency will be about €6 million. For purposes of testing its proposed pricing model, ANNA says it has relied on conservative estimates, such as 40 users connecting directly to the ISIN engine through FIX message protocol and a minimum of two million new ISINs issued in the first year. The two million figure reflects two-thirds of an annual figure of three million projected by ESMA for the total number of reportable ISINs for each of the next five years. The FIX users includes electronic trading networks and systematic internalizers — or the largest swaps dealers  — as well as others that are only interested in ISIN data but want direct connection with the DSB ISIN archive.

“In the case of regulated ISIN creators, the DSB is not relying on the number of ISINs actually requested to avoid the potential for one trading platform to carry the burden of paying for the cost of receiving an ISIN for a contract which could be traded on multiple platforms,” says Sassan Danesh, director of London-based eTrading Software, ANNA’s technology and management partner for the DSB. eTrading Software will operate the ISIN allocation platform. The workaround in the proposed fee model to that problem is to count instead the OTC contracts that are “tradeable on a trading venue” (T0TV) and the ones with underlying assets that are tradeable on a trading venue (uToTV).

If ANNA’s estimates prove anywhere near correct, connectivity fees from the estimated 40 organization using FIX access could generate €5 million of the €6 million the numbering agency needs to operate each year. If there are more firms using FIX connectivity, the fees could cover the entire overhead — or more, which would result in reduced FIX access fees. Otherwise, any residual overhead not covered by the FIX charges would be covered by fees paid by regulated ISIN creators that pay in advance. Because revenues from the two categories are intended to account for the entire cost of overhead, the revenues from per-ISIN fees could be surplus, which would be distributed back to users. The redistribution method will be the topic of a future industry consultation.

The FIX connectivity fee has two tiers. Firms which trade in only one OTC derivatives asset class or want ISIN data for only one asset class would be charged €80,000 per year. Those  trading or downloading data on multiple asset classes would pay €120,000 a year.  The DSB is set to provide ISINs for interest rate swaps, credit default swaps, foreign exchange swaps, equity derivatives and commodities.

Firms which need to get a head start on preparing their budgets for 2018 must start asking their trading desks and IT departments to predict their ISIN usage. That is because the DSB will need sufficient time to estimate the upfront fees it will charge regulated ISIN creators for ISIN allocation from October 2017 through December 2018. The firm’s contract with the DSB, typically signed by compliance and vendor procurement departments, will stipulate that those upfront fees could be subject to change if the projected number of reportable ISINs differs from the actual number reported.

The more accurate a firm’s estimate of the number of ISINs it needs, the better off it will be. According to the proposed fee model, firms which overestimate the number of ISINs they need would be given either a refund or a credit for the following year. Danesh recommends that firms not intentionally underestimate the number of reportable ISINs thinking they will get a price break. That is because those firms will be required to pay a higher fee — or penalty of sorts — for additional ISINs, which reflects more than simply the difference in the number of reportable ISINs. There would be an additional weighting of 10 percent to 20 percent to take into account the fact that the underestimation created a  distortion in pricing to all firms in the category of ISIN creators.

Vendors which serve as intermediaries might balk at being forced to disclose the names of their customers and then require them to pay individually for each FIX connectivity. However, Danesh counters that ANNA must follow the principal of fair charging. “The pricing model for intermediaries is necessary to ensure that indirect users of the DSB don’t benefit at the expense of direct users,” he says.