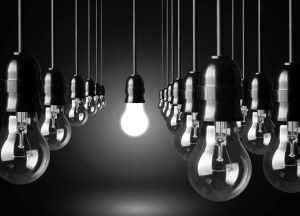 It’s the phone call no operations manager wants to get.

The trading desk just tried to execute a swap contract, and discovered that the newly hired futures commission merchant (FCM) doesn’t handle transactions in that currency. Or doesn’t accept that kind of collateral. Or isn’t a member of the necessary clearinghouse.

Who’s to blame? Good question, but it’s too late to matter. What the trading desk wants from the operations unit is what it always wants — a fast fix to execute this trade right now. Too bad, because it’s going to take finding more help and paying for it.

Say hi to the big red alert that you picked the wrong FCM.

That’s is the scenario fund managers are telling FinOps Report they are dreading, if not already seeing, in their relatively new relationships with futures commission merchants (FCMs) for their swaps trades. Their experiences: bigger isn’t always better and neither is smaller always beautiful. Those who  have been through it say their firms should have been more choosy about who they picked.

Apparently many have ended up with the wrong partner, because they didn’t ask the right questions before they signed on, or didn’t involve all of the right experts within their shops. In some cases, they took the fastest and logically obvious path; they chose the same firm that clears their listed futures and options trades. After all, derivatives are derivatives, aren’t they? Not exactly.

Swaps have become a special case, since the US and a growing number of other national regulators are requiring that more swaps trades, previously executed over the counter, be processed through central clearinghouses and backed by stringent rules about  initial and variation collateral. Most fund managers rely on FCMs to do much of the work in clearing through the market infrastructures, including supporting their collateral needs. But all FCMs are not equal in terms of what they offer.

“Some FCMs are realizing that the volumes from clearing alone might not be sufficient to make a profit and they need to add more front-office services, such as data aggregation and pretrade analytics to help fund managers decide just which swap execution facility (SEF) they should use and which product they should trade,” says Radi Khasawneh, a fixed-income analyst with consultancy Tabb Group in London and co-author of a recent report on the FCM business. “Yet others are focusing on the basic clearing services.”

So how does a fund management shop navigate this shifting marketing to find the right FCM? FinOps Report asked ten US operations and technology directors and consultants to come up with a list of four critical criteria. Here is what they had to say.

Part of the service of futures commission merchants is to provide lines of credit, which may determine how many trades a fund manager can clear each day in a specific product line through a specific clearinghouse. Fund managers need to know just how much credit FCMs can provide them and select FCMs which offer them the most flexibility. The higher the line of credit, the more likely the trade will clear, explains Sonia Goklani, chief executive of Cleartrack, a consultancy in South Brunswick, NJ specializing in execution and clearing issues in derivatives. How much credit and the terms offered by an FCM generally depend on its risk/revenue analysis of the fund’s strategy, risk profile, and other business activities with the FCM.

Fund managers should ask which swaps classes the FCM clears, what memberships it has in clearinghouses. and what asset classes it will accept as collateral. These seem like obvious questions, but in the convoluted world of swaps trading, they can be difficult to frame, especially to cover all the possible trades the firm may want to make. Two of the ten operations executives told FinOps they had assumed their FCMs could clear “just about anything at any clearinghouse with any asset class as collateral.” Wrong assumptions, as each found out.

The reason: the fund manager will ultimately have to find a second FCM to clear a trade that their first FMC can’t, or ask the existing FCM to convert from one currency to another, or replace lower quality collateral for higher quality. Such scenarios mean increased costs in clearing fees, foreign exchange costs and, most of all, collateral transformation services. One way or another, third-parties will earn more fees at the expense of the fund management firm.

Are value-added services worth what they cost a fund manager? In addition to pre-trade analytics and data aggregation, such services might include cross-product margining, dashboards to view positions in real-time, connectivity to SEFs and independent valuations. Unless a fund’s swaps operations are relatively complex, involving multiple swap execution facilities or clearinghouses, value-added services may not be necessary, according to Goklani, “They could certainly rely on a far smaller FCM to provide the basics if that’s all they need,” she says.

In addition, fund managers need to know the FCM can execute the basic operational package for collateral management — intraday margin calls, an audit trail of the methodology used to value the contract and collateral, updates on the status of specific transactions, and automated resolution of margin disputes. Some fund managers may also want collateral optimization and transformation services from their FCMs, for additional fees of course.

How can a fund manager verify the FCM’s middle and back office capabilities? Studying the list of capabilities they receive from the FCM is a start. Next step: do a test run of specific trades. Surprisingly, not all fund management firms take this critical step before signing a contract with an FCM. The reason: trading desks often have a big voice in deciding which FCM should be selected, and their opinion is often based on the products most often traded.

Simply confirming the FCM handles the right types of swaps may not be sufficient reason to sign up. A deeper look may be necessary, especially in regard to collateral management. “Trading, operations and risk management specialists should be involved in the decision-making process,” explains Riesack. Among the FCM candidates should be required to answer or demonstrate on the test runs: who will be assigned to resolve breaks, how much time will they take to resolve, and how will they be resolved.

For the largest, most active and most-technologically sophisticated fund managers, an FCM might not even be necessary. “Major swap participants are now considering doing it alone — becoming members of clearinghouses and handling all the operational work in-house,” reports Goklani. Of course, such funds are already trading heavily in swap contracts, so they are also likely to have invested extensively in infrastructure.

And what about the smallest, low-volume fund managers in the swap space? The largest FCMs and even second-tier FCMs might not be interested in their business. But that doesn’t mean the occasional swaps player should abandon their strategies or only do bespoke deals that don’t fall under current regulations. They can rely on an introducing broker — that is, an executing broker connected to multiple SEFs with a big enough business to have FCMs on call to handle the trade. “Fund managers won’t have to build pipelines and sign agreements [with the FCMs], so their operational burdens and costs can be reduced,” says Goklani.

As easy as it may be to make a mistake in selecting a FCM, the good news is that there are choices. The bad news is that the fund manager must spend the time to gather information, consider the fund’s needs and options within a committee of internal experts, and roadtest.

Even if a mistake is made, it’s possible to unwind the relationship. But divorce is seldom pleasant. “Doing this twice gets old and it’s expensive, especially when the work of the changeover is taken into account,” says one US fund management operations manager, who is evaluating replacements for their current FMC. “But lesson learned. This time we’re doing it right.”