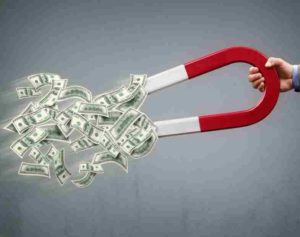 Foreign fund managers, prime brokers, broker-dealers and banks entering into US equity derivative transactions are facing a taxing operational challenge. Worse, at this point it isn’t entirely clear how it will work.

After the US Congress passed enabling legislation in 2010 and the Internal Revenue Service floated several proposed versions of the rules to massive industry blowback, the tax agency will finally be imposing a tax on foreign investors on some of the payments made in their equity derivative holdings. The rate may be up to 30 percent if the payments are “equivalent” to dividends, but may be less if the investor’s country of domicile has a double tax treaty with the US and the investor qualifies for benefits under the treaty. The withholding tax will be incurred only when a payment is actually made or the derivative transaction is settled or sold.

Foreign hedge fund managers and retail investors, who are among the biggest non US-buyers of US equity derivatives, could incur the tax as the “long parties” to the trade. As the “short parties,” US broker-dealers and banks could bear the burden in calculating the withholding tax and making the deduction from payments. They are also the ones responsible for notifying any short parties about the withholding tax.

Few contacted by FinOps Report wanted to publicly comment on the new rules, but it is evident that even nine months after they were first announced, there is still confusion about how to apply them. “Tax operations managers at US broker-dealers and banks are concerned about potential liability– that they will be liable for handing over the withholding tax payments or at a minimum pay a penalty after the fact — if their best efforts aren’t good enough,” says Carl Gilmore, president of Integritas Financial, a Chicago-based consultancy specializing in compliance, risk management and operations for derivatives. Making a wrong calculation or not applying the tax based on a reasonable interpretation might not cut it. The saving grace is that the IRS’ rules will only apply to some equity derivatives issued after 2017 so financial firms have hopefully have sufficient time to prepare.

Until 2010, payments of dividends from US stocks were subject to a maximum 30 percent withholding tax while any payments under equity derivatives were generally exempt. About a decade ago foreign investors tried to sidestep paying the 30 percent withholding tax using so called “yield-enhancement” strategies devised by mega US banks. Citi and the defunct Lehman Brothers came under the IRS’ investigation for promoting such activities back in 2007.

Here is how the strategy reportedly worked: a foreign hedge fund transferred its US stock to a bank shortly before the stock’s ex-dividend date and then entered into an equity swap deal with the bank that referenced the stock. The strategy allowed the fund to receive “substitute dividend” payments without the withholding tax and to repurchase the stock shortly after the dividend payment was made.

In closing the tax loophole, Section 871(m) imposes a withholding tax on a narrow set of transactions — namely equity swaps where the short party is effectively required to acquire the underlying US stock in connection with the transaction. However, the new rules also give the IRS the authority to identify other transactions that “have the potential for tax avoidance” and should be subject to withholding.

Fortunately, the new Section 871(m) represents a softening of the initially proposed regulations in 2012 and 2013. Instead of requiring an equity derivative to be subject to withholding tax if it has a delta of 0.7, the delta will now be increased 0.8. In addition, the delta — the ratio of the change in the fair market value of the derivative to a small change in the fair market value of the referenced equity shares — will only be calculated when the equity derivative is issued instead of each time the financial instrument was acquired, as was initially envisioned. However, the IRS says that even if the delta threshold is not met by a single transaction it could be met by two transactions in the same equity derivative that are entered into “in connection” with each other.

Unlike their initial version, the new regulations also don’t require the withholding tax to be applied throughout the life of the equity. Much to the relief of tax operations managers, it will be applied only when a payment is made or when the contract matures.

Still, the IRS isn’t making compliance easy and legal experts tell FinOps Report that the rules are not as explicit as they would have liked. For starters, one question is whether a financial instrument is treated as “issued” on its trade date or on its settlement date. In addition, listed equity options are treated as issued each time they are transferred on an exchange — not when they are listed– so their delta will have to be tested each time a foreigner acquires them. Similarly, many equity-linked notes are upsized after their initial settlement date and the upsize is treated as a new issuance for tax purposes. The result: the upsize could result in notes with different treatments under Section 871(m) trading under the same identification codes or CUSIPs.

“There is concern about how far back the IRS will go when requiring the long party to pay the tax and whether executing or prime brokers representing the non-US hedge fund manager will to do the work calculating the withholding tax, or making the withholding,” says Paul Hale, managing director and head of tax policy for the London-based Alternative Investment Management Association, the trade group representing global alternative fund managers. “Prime brokers will likely want indemnification from their hedge fund manager clients for any mistakes made.” It is expected that US broker-dealers and banks will ask for the same, say legal experts.

Whoever does the tax withholding work will have plenty to do. First it must decide which equity derivatives are affected. The IRS has two different standards depending on whether the swaps contract is considered “simple” or “complex”. A simple contract is a derivative for which payments are calculated by reference to a single fixed number of shares and has a single maturity or exercise date. In those instances — typically put options, call options, and total equity return swaps — the “delta” threshold must be 0.80 for the contract to be subject to the IRS rules. Convertible bonds do fall under the new rules but will likely not be impacted, because they don’t have a delta.

For complex contracts — the delta threshold does not apply. Instead the IRS comes up with a “substantial equivalence” test that compares the change in value of the complex contract with the change in value of the shares of the equity security that would be held to hedge the derivative over an increase in the price of the equity by one standard deviation.

Once the covered instrument is identified, the withholding tax can be calculated and the amount withheld. Presumably, financial firms would have the necessary technology to do that in their middle and back-office operations. However, that might not be the case for all. Executing and prime brokers might be at a loss, say operations experts. So far, the only parties preparing for the withholding tax appear to be the short parties — US broker-dealers and banks.

Adding a new class of financial instruments and new investor category for withholding tax purposes is always a technological challenge.  “At the very least, US broker-dealers and banks will have to make adjustments to their order management and trade execution platforms to tag the financial instruments affected,” says Gilmore. “Position recordkeeping and their withholding tax modules would also have to be recoded to keep track of the purchases and sales, make the the calculations for the withholdings and do the reporting.”

What happens if there is a disagreement between the withholding tax agent and the long party about the amount of withholding tax that must be paid? “The IRS never explictly says who the decisionmaker should be and the substantial equivalence test leaves plenty of room for interpretation,” says George Bollenbacher, director of the regulatory practice for financial services consultancy Capital Markets Advisors in New York.

If the IRS new tax rule for equity derivatives doesn’t seem operationally challenging to fulfill, there are two consequences the IRS apparently hasn’t addressed, cautions Bollenbacher. The first is the potential for foreigners to exit the US equity derivatives market, because incurring the withholding tax reduces the value of the investment too much. The other is that creative thinkers may figure out how to bypass the problem entirely by designing new products to avoid paying the withholding tax even if the products appear to have a delta above 0.8. “Such is the case of a derivative made up of a long position in stock and a short position in a market index of which the stock was a part,” he says. Count on foreign hedge fund managers and US banks to get very creative. No one wants to have to pay a tax if they can legally avoid it.

For now, foreign hedge fund managers, prime-brokers and broker-dealers say they have their hands full just understanding all the tax legalese. “We keep trying to read the lengthy IRS text and are now talking to our prime brokers about what it all means,” says one UK hedge fund manager. Says a US tax operations manager for a US broker-dealer. “We are reviewing the lengthy IRS text and speaking to our legal counsel about what to do.”

What do tax attorneys say? “We are hoping the IRS comes up with more guidance,” bemoans one at a New York law firm.