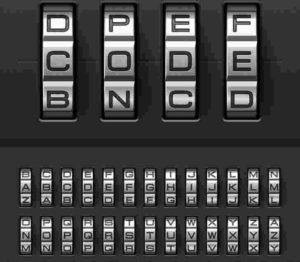 The UPIs mark the latest in an array of codes financial firms and trading platforms must use to describe the contracts they trade and process. The others are the classification of financial instruments (CFIs) and international securities identification numbers (ISINs). Financial firms must also rely on legal entity identifiers (LEIs) to identify their organizations as the trading counterparties.

Although the face issuing the UPIs will be a familiar one– the Association of National Numbering Agencies’ Derivatives Service Bureau — that doesn’t guarantee an entirely smooth path ahead for financial firms. They may have to adapt to any new data fields to populate the UPIs and agree to the pricetag which could end up being a bone of contention if the DSB’s previous tiffs with some industry players are resurrected.

Just appointed by the Financial Stability Board as the service provider for UPIs, the DSB insists it will achieve as much synergy as possible between UPIs and the curent ISINs to reduce operational stress and costs for user firms. Headquartered in Basel, Switzerland, the FSB makes recommendations about improvements to the global financial system. In the wake of the financial crisis the G20 leaders mandated the reporting of OTC derivative transactions to trade repositories and the inclusion of identifation codes is now embedded in multiple regulations such as the European Market Infrastructure Regulation (EMIR), the US Dodd-Frank legislation and the second incarnation of the Markets in Financial Instruments Directive.

The FSB would not disclose the names of any other suitors analyzed for the role of UPI service bureau after it issued a self-assessment questionnaire for potential candidates in July 2018. That issuance came after two rounds of consultations on the potential operating and governance model of the UPI service provider in April 2018 and October 2017.

Launched in late 2017, the DSB was specifically created to help financial firms and trading platforms meet the requirements of MiFID II which called for the use of ISINs in transaction reports as of January 2018. However, even then the DSB had its sights on grabbing a piece of the bigger identification pie, knowing the UPI could end up as a global standard. “We were already preparing for the role in issuing UPIs when we designed the DSB,” says Emma Kalliomaki, managing director of the DSB headquartered in London.

Like ISINS, UPIs could end up as 12-digit alphanumeric codes, as the FSB has suggested. UPIs and ISINs do go beyond CFIs in describing OTC derivative contracts but aren’t identical. UPIs are not as granular as ISINs as they don’t show the maturity or expiry date of the OTC derivative contract. Regulators don’t need the same details, because their objectives for each identifer differ. “UPIs are meant to help regulators monitor systemic risk by aggregating and analyzing transaction data on OTC derivatives reported across multiple trade repositories, while ISINs address market abuse risk,” says Kalliomaki.

Storing UPIs isn’t that hard. The UPI would simply be incorporated as an additional data field in security and other databases. It is the amount of work involved in asking for UPIs that remains to be seen. If the reference data for UPIs matches that for ISINs, it will also be relatively easy for financial firms to adapt to the new codes. If they differ, financial firms will have to do a bit of extra work gathering any new details.

In a 2017 interview with FinOps Report, DSB officials predicted that there would be a 100 percent overlap between the reference data in the UPI and the ISIN for interest rate swaps, with a 95 percent overlap for interest rate swaptions and a 90 percent overlap for forward rate swaps. Kalliomaki says the original analysis is still valid and the DSB’s product committee is working on increasing the overlap to a full 100 percent. Doing so will allow for a common reference data model to be created by the industry to process both identifiers.

The DSB is also hoping for a seamless application process to “auto-generate” the new UPIs from the ISINs. Such as scenario would allow users of the DSB to submit a single request for only the ISIN and receive both the ISIN and UPI simultaneously. It would also permit the DSB to pre-populate a large portion of the UPI universe at the time of issuance from the existing body of OTC ISINs in its database.

Despite the potential operational ease the DSB wants to achieve for users, it remains to be seen how much the DSB can afford to sacrifice in fees. The DSB operates on a cost-recovery basis, but given that the DSB’s pricing schedule for ISINs has already generated some controversy it stands to reason that the DSB could have to deal with some industry strife. The DSB could end up using the same categories of users for UPIs as is the case for ISINs — power users, standard, infrequent and registered.

Mega trading platforms, falling under the power users group, have already been vocal critics of the DSB’s pricing structure for ISINs. They don’t want to pay for each platform they operate as a separate user of the DSB without enjoying any volume discounts as they would if all of the platform users could be combined in a single contract. The new annual fee of E117,500 for a power user doesn’t seem like much given all the ISINs and almost-real time service the DSB delivers, but it can quickly adds up once several platforms are considered. Kalliomaki says that the DSB is trying to establish a group-wide forum to discuss with all of the users how to resolve the fee issue.

Meanwhile, it stands to reason that the same trading platforms and other heavy users of the DSB — large bank and brokerage traders– will want any new fees for UPIs to be minimal. They could even argue that UPIs should be given away for free since the DSB is leveraging the same infrastructure it uses for issuing ISINs.

The International Swaps and Derivatives Association (ISDA), the trade group representing the largest financial firms trading over-the-counter derivatives industry, will likely have a say in the fee structure as its members need the UPIs. “It is important that the UPI infrastructure is kept as simple and as cost effective as possible. Whether this can be achieved by a single provider or by multiple providers will depend in our view to a large extent on the actual set up and cost-recovery proposals from the respective candidate service providers,” says the ISDA in its feedback to the FSB about potential service providers for the UPIs. The ISDA is already represented on the DSB’s product committee which defines the ISIN data model and the DSB’s technology advisory committee which reviews the tech and operations functions of the DSB. .

Bloomberg, which declined to comment on the DSB’s new appointment by the FSB, could end up being another thorn in the DSB’s side should it continue its familiar stance of criticizing the DSB for a lack of transparent fees and governance structure. Despite making plenty of inroads with individual firms and exchanges, the data giant has failed to win approval from the standards-setting body lnternational Organization for Standardization (ISO) for its own financial instrument global identifiers (FIGIs) to become a global identification standard on a level playing field with ISINs. Bloomberg is unlikely to abandon its ambitions so highlighting any flaws in the DSB’s governance and pricing models is a viable strategy.

Fees aside, what do financial firms think of the new UPIs? Data management and operations managers at several London-based global brokerages tell FInOps Report they aren’t eager to deal with extra identification codes should they have to make potential IT changes and cross-map to other identifiers. Kalliomaki says that the DSB will be linking the UPIs to ISINs with one UPI potentially representing multiple ISINs.

So far, eleven national numbering agencies have committed to working with the ANNA to map their ISIN codes to LEIs. Noticeably absent from the list is North America’s national numbering agency CUSIP Global Services which is playing catch up. In a statement to FinOps Report, CGS says that it fully supports ANNA’s collaboration with the Global Legal Identifier Organization to map ISINs to LEIs and is working on a solution for US-based ISINs to contribute to the ANNA-GLEIF initiative in the coming weeks. Established by the FSB in 2014, GLEIF supports the issuance of LEIs by accrediting local operating units in national markets.

When it comes to UPIs, perhaps the saving grace for financial firms is that it doesn’t appear that using the codes will be an immediate requirement. The European Securities Markets Authority and Commodity Futures Trading Commission have both cited the need to use UPIs for transaction reporting, but given no specific timetable. Therefore, the DSB will have plenty of time to iron out any quirks with industry players. Its work is just beginning.