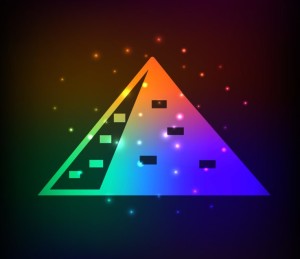 That’s what national military organizations across the globe use to identify their members.

Too bad the same simplicity can’t be used by financial firms when it comes to identifying their customers and counterparties, bemoan operations and compliance specialists. Instead financial firms must deal with a hodgepodge of regulatory requirements across the globe.

As evidenced by some well-publicized regulatory fines and headlines, many are failing to meet the onerous challenge. Their mistakes range from incomplete transaction reports to violations of anti-money laundering regulations and government sanctions. The reason: there are simply too many customer onboarding teams with differing procedures and too many platforms which don’t provide a single updated view of the same customer or counterparty.

But there appears to be light at the end of the tunnel. Financial firms are beginning to understand where they fall short and are also discovering that plenty of service providers are only too willing to help out, as shown by the flurry of discussions on know-your-customer practices and new KYC-related compliance products being unveiled at SWIFT’s SIBOS conference in Singapore this week. SWIFT itself announced it will offer a new sanctions list management platform and a payments data quality service to complement its KYC registry.

A recent report written by Boston-based research firm Aite Group on behalf of customer onboarding software specialist Fenergo found that only three of the twelve global banks surveyed have taken a centralized approach to client onboarding. Another seven are in the process of doing so or partially centralized. Two rely entirely on a decentralized methodology.

The optimal approach, say Aite Group and Fenergo: instead of taking a tactical approach to client data and onboarding for regulatory reporting and risk monitoring which depends on continual changes to siloed procedures and infrastructures, financial firms should take a holistic approach. If they were to use consistent structures and processes for data sets, they could identify areas of discrepancy between regulatory and other requirements more quickly and reduce the inefficiency and potential errors involved with reactive and redundant efforts.

“There should be a centralized customer onboarding process which involves a single set of know-your-customer specialists, a single client data repository and a single set of high-level guidelines,” explains Joe Dunphy, director of product management for Fenergo in Dublin. “Chief operating officers would own the process with input from individual country units. The compliance department, tax department and business units would come up with a consistent data set which could accommodate the differing regulatory requirements.”

Although Aite’s report focused focused solely on banks, fund management firms tell FinOps Report that they will eventually catch up to their bank brethren when it comes to developing more consistent and efficient customer onboarding and monitoring procedures. They have no choice. “We will be faced with similar regulatory and business requirements so it’s only a matter of time before we have to step up.” says one compliance director at a US fund management shop.

Here is how the a centralization initiative could work using the example of Tier One global bank interviewed by Aite. A centralized KYC team is designated to frame and implement a global approach to gathering client documentation and monitoring new and existing accounts. The team then communicates these policies to the country-level chief operating officers and technology teams, who then pass on the policies to the relevant front-office onboarding teams.

The local COOs, in turn, provide information to the centralized know-your-customer team about country-specific requirements that must be incorporated in the local process, including operational information such as where to source client data. Five of the 12 banks studied by Aite Group relied on KYC heads that lead technology decisionmaking, while three others were overseen by heads of operations. The remainder were headed by either compliance, front office or chief administration staffers.

Currently, the procedures and data points used for customer onboarding often differ depending on the regulation which must be followed, the business unit or the geographic location of the bank branch office involved. Although it would be logical to share the same data, that is often not the case when there are multiple client repositories. What’s more, with so many large banks having undergone multiple mergers and acquisitions, over a dozen platforms could be in use.

“Differences in interpretation of regulation at a national level have exacerbated the challenge of onboarding and managing data throughout the client lifecycle,” says Virginie O’Shea, senior analyst at Aite in London. “Financial institutions also face a plethora of other compliance-driven checks that need to be performed to ensure tax, investor transparency and risk management obligations are met. The KYC process is therefore more extensive and complex than ever before, involving more data inputs and documentation checks.”

The new European Anti-Money Laundering Directive (AMLD) could provide even greater impetus for a centralized KYC approach. The legislation, set to be implemented within the next two years, requires financial firms to determine the level of risk posed by a client before deciding the appropriate level of due diligence for customer onboarding and monitoring. They must also identify who owns more than a 25 percent stake or a controlling interest in the client.

“[The AMLD] will result in extra levels of documentation checking and the addition of new data sets to client records, which could mean longer onboarding times and increased data complexity due to the requirement to monitor changing ownership percentages and cross-reference multiple data,” says O’Shea.

If regulatory requirements don’t do the trick, costs and operational inefficiency might well be another triggering factor for change. Half of the respondents to the Aite survey cited duplicated effort as one of their biggest pain points. Most of the respondents als say they struggle to identify the amount of time it takes to onboard the average client, a problem exacerbated by decentralized onboarding processes.

A bank relying on a centralized approach to KYC onboarding, by Aite’s estimates, could spend about US$400 to onboard each client. With 400 clients onboarded each month, this would represent a total annual expense of US$1.9 million. That’s a massive improvement over the $14 million a year for a partially centralized approach based on Aite’s estimate of US$6,000 for each client and onboarding 200 clients per month.

A Tier-2 bank, interviewed by Aite, says that it could take up to eight days to onboard a customer for a stock account or cash account. Compliance directors at two other unrelated banks contacted by FinOps complain that the timeframe can be even higher —  often more than two weeks depending on the type of business activity, type of client, or its country of domicile.

Regardless or what motivates a centralized approach to the customer onboarding process, buy-in must start at the top. “C-level executives will have to make the call and mandate that the bank unify its procedures and workflow process for customer onboarding and monitoring,” says Anders Rodenberg, director of sales at Bureau van Dijk,a provider of global private and public company information and hierarchy structures in New York.

Even with all the commitment in the world, the decision won’t be easy to execute. Not only is it a major headache to replace legacy platforms hard, changing legacy practices can be even more challenging. “For historical and local regulatory reasons, a European subsidiary of a US bank might have handled onboarding and customer monitoring differently than their US headquarters or Asian branch,” say Rodenberg. “The European subsidiary owning the process won’t necessarily want to make the change.”

Compliance managers at two European banks who spoke with FinOps recall disparate customer onboarding teams in the US and Europe following different regulatory measures often battling over whose procedures are best. “We feel that we are doing a better job keeping track of changes in the customer data and risk profiles while our US counterparts argue that they have far more rigorous KYC procedures,” says the compliance director at a UK bank.

Perhaps a better motivation than simply checking off regulatory boxes or even reducing cost is opportunity cost. “Financial firms that can tie their customer and counterparties to all of their business activities could end up understanding just how lucrative or financially costly the client is to the bank,”says Dunphy. “Such knowledge will ultimately lead to better decisions over what products to sell, what fees to charge, or even whether or not to keep a client on one’s rosters.”