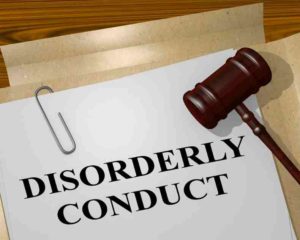 First ITG. Who is next?

That is the question fund managers and other investors are asking themselves after learning that the US Securities and Exchange Commission fined broker-dealer ITG $24.4 million for violating regulations on how it used the pre-released shares of American Depositary Receipts (ADRs).

The SEC says that ITG violated Section 17(a)3 of the Securities Act of 1933 which prohibits fraud and misrepresentation in the offering and sale of securities. In the case of issued ADRs there must exist a corresponding number of foreign shares in custody. ITG “facilitated” transactions known as “pre-releases” of ADRs to its counterparties without owning the actual underlying shares in the foreign company or taking steps to ensure they were custodied by the respective counterparty on whose behalf they were being obtained.

Whats more,  several of the shares of ADRs obtained by ITG in the pre-release transactions, says the SEC, were used to engage in naked short selling and dividend arbitrage. Of the fine ITG paid, more than US$15 million was from disgorgement — or money earned — and $1.8 million was from interest, More than $7.5 million represented an actual penalty.

ITG’s failure to properly supervise its securities lending desk, says the SEC, caused ADRs to be issued that were not backed by actual common shares leaving them ripe for potential market abuse. What exactly does “caused ADRs to be issued” mean? The SEC’s phrasing implies that ITG is responsible for the depositary bank or banks pre-releasing the ADR shares or printing them on demand for the purpose of being lent. The SEC’s silence on whether the depositary bank or banks ITG worked with knew of their activities is deafening. The SEC declined a request for comment beyond its statement which did not name the banks which lent ITG the shares.

The SEC’s fine follows widespread media reports that the SEC is investigating four depositary banks for illegal pre-release activities involving with ADRs. The four banks are BNY Mellon, JP Morgan, Citi, and Deutsche Bank. In its statement on its settlement with ITG, the SEC mentioned that ITG worked with four depositary banks.

“The ITG fine could either be the tip of the iceberg in a series of fines the SEC will impose on broker-dealers and ultimately the depositary banks themselves,” one operations manager at a US fund management firm which invests in ADRs tells FinOps Report. “Or the SEC could decide that the depositary banks aren’t at fault for the wrongdoing of broker-dealera.” This prediction was seconded by a number of other fund management executives.

Created by JP Morgan in 1927, ADRs help US investors avoid the  hassles of direct ownership of foreign shares, at the same time allowing foreign companies widen their investor base to US investors. Trades in ADRs are made in US dollars, and settled at Depository Trust Company, the US national depository, following the US settlement timeframe of three days after they are executed.

Pre-release isn’t an illegal practice. In fact, its initial purpose was to address the differences in trade settlement times between the US and foreign countries. A broker-dealer can obtain newly issued ADRs from depositary banks before the broker-dealer owns and delivers the corresponding common shares of the foreign company to a custodian bank. But then, the common shares are supposed to be delivered on a timely basis.

However, the practice of pre-releasing ADR shares is now being used for unrelated financially lucrative purposes. Depositary banks can lend broker-dealers the “phantom shares” of depositary receipts in exchange for the broker-dealer providing cash collateral. The depositary bank can make money on the collateral it is holding and sometimes issuance or cancellation fees of the ADRs.

In its settlement with ITG, the SEC faulted the broker-dealer for poor controls on its securities lending practices with regards to the pre-released ADRs. ITG treated the ADRs as though they were the equivalent of shares used in securities lending agreements. ITG did not take into account its contractual obligations with depositary banks to treat the ADR shares it borrowed from depositary banks as being in the pre-release stage.

ITG made money by lending the pre-released ADRs to other brokers. However, ITG failed to recognize that it lent ADRs that fell under the category of “hard to borrow” or in short supply. The broker-dealers who borrowed the ADRs from ITG either needed them to make a delivery of shares for short-selling activities or comply with the requirements of Regulation SHO.  “ITG facilitated short selling and enabled the settlement of trades with ADRs that were not backed by ordinary shares,” says the SEC.

That’s just for starters. ITG’s securities lending desk also lent the pre-released ADRs to borrowing broker-dealers in complex “dividend related transactions” which did not guarantee that the borrower would pay withholding taxes to foreign governments. The holders of the pre-released ADRs on the relevant record date — namely the broker-dealers who borrowed them from ITG — should have received the dividend payment net of withholding taxes.

Critics of the depositary banks will naturally counter that the banks don’t want to properly monitor the practice of pre-release because of the additional revenues they earn through lending the pre-released ADRs. So the broker-dealers are left to do as they wish. The practice of pre-release was clearly misused by ITG. It is yet to be publicly known whether other broker-dealers are doing the same.

At the very least, the SEC’s fine will likely bring about some badly needed reforms. Eliminating or keeping a closer eye on the pre-release practice is a good start. ITG closed its pre-release desk in late 2014, created a new global risk department, reviewed its training curriculum and located its new global chief compliance officer on the trading floor.

Nisser says that eliminating the practice of pre-release altogether isn’t necessary. When implemented correctly, it is a legitimate activity. “Broker-dealers need to set up stricter compliance procedures which include more frequent monitoring of their securities lending desks to prevent the misuse of pre-released ADRs,” he recommends. “An important takeaway from the ITG fine is to never engage in any activity related to pre-released ADRs without owning the foreign company’s underlying shares.”