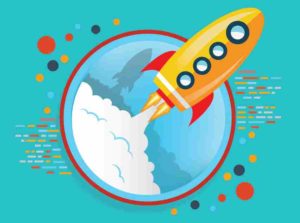 US clearinghouses, such as the National Securities Clearing Corp. (NSCC), could become either a thing of the past or take a backseat, if custodian Paxos has its way in clearing and settling US securities.

The US Securities and Exchange Commission’s recent no-action letter to Paxos allows the firm to serve as a clearinghouse for a two-year pilot program to settle liquid blue chip US securities using its private permissioned blockchain. Societe Generale and Credit Suisse are the first two brokers to sign up to the pilot program. Another five are allowed.

Relying on blockchain for settling equities represents the most dramatic use of blockchain in the post-trade space. Settling syndicated loans, reducing reconciliations, and processing repurchase agreements are just three more of the multitude of processes industry players are addressing using blockchain.

Paxos’ pilot program is a first for the US equities market, but not worldwide. In August, the Australian Securities Exchange (ASX) confirmed it would replace its CHESS registry and settlement system with distributed ledger technology in March or April of 2021. The ASX’s announcement, which followed its agreement with VMware and Digital Asset Holding, marks a six month delay from its original timetable to allow for more user testing.

“The SEC’s no-action letter to Paxos marks the first time it has taken a no-action approach to clearing agency registration,” explains Matt Comstock, a partner with the law firm of Murphy & McGonigle in Washington, DC. “Previous instances required exemptions.” Also surprising, he says, is that the SEC initiated a sandbox approach to blockchain on an ad-hoc basis. “Although the approach has been discussed within and outside of the SEC for some time, the SEC has not established any framework, parameters or controls to permit such experiments,” notes Comstock. He wonders whether the SEC will extend its ad-hoc approach to other clearing firms or consider recordkeeping on a private blockchain as meeting its current recordkeeping requirements.

Blockchain, formally known as distributed ledger technology (DLT), is a method of recording data transactions as well as agreements or contracts that need to be independently recorded and verified as having occurred.
In a public blockchain or distributed ledger platform, each customer has a different node of a network and can confirm transactions. By contrast, Paxos’ blockchain implementation is private and only accessible to onboarded clients.

Here is how settlement will work on the Paxos blockchain: Paxos will be a participant of the US national securities depository Depository Trust Company (DTC), holding a single omnibus account on its books. DTC would recognize Paxos as the owner of the securities, the same way it recognizes financial firms holding omnibus accounts on behalf of their customers today. The broker-dealers participating in its pilot program would be registered on Paxos’ blockchain platform as subaccounts with Paxos crediting and debiting their accounts electronically when purchases and sales are settled. The cash and securities subaccounts would be represented by digitized securities entitlement.

A bank selected by Paxos would hold and segregate the cash from the broker-dealers needed to meet settlement obligations. The bank would notify Paxos in real-time whenever cash is sent by the broker-dealer. Each of the Paxos participants would need to have the required securities or cash in its Paxos account by each trade’s settlement date. Paxos would not identify the bank it is using, other than to say it is one of the settlement banks used by DTC’s parent Depository Trust & Clearing Corp. (DTCC) in the current settlement system. NSCC is also a subsidiary of DTCC.

Although Paxos’ platform allows settlement of a trade to occur the same day a trade is executed, the pilot program will retain the current two-day cycle and delivery-versus-payment methodology. It is unclear whether the timetable will be shortened in the future, should the pilot program be successful and implemented permanently on a broader scale. Paxos’ pilot program comes with considerable restrictions. The security settled must have an average daily volume of no more than 300 trades executed between each potential counterparty. There will be no more than 100,000 shares per security per counterparty pair and aggregate shares per security across all counterparty shares must be less than one percent of the total average daily trading volume of the respective security.

Paxos also won’t be acting as a middleman guaranteeing the settlement of US equity trades, as NSCC does today. Broker-dealers participating in its pilot program don’t have to put up capital in a default fund, the way they do with NSCC, because the trades will be settled on a gross bilateral basis. In the event of a participant’s bankruptcy, Paxos will use the cash posted as margin to compensate the broker-dealer buyer or seller for any financial losses after the broker-dealer implements a buy-in of the shares in the open market.

A spokesperson for Paxos says that there would be “considerable savings” from the current margin requirements using its blockchain system for settlement. However, she would not quantify by how much. Paxos’ settlement fees were also not disclosed, but presumably they would be lower than the fees now charged by DTC.  Yet another benefit to the new permissioned blockchain platform is the immediate availability of funds. Broker-dealers and custodian banks won’t have to wait until the late afternoon to access their funds, because they would be available for use as soon as their trades are settled.

It remains to be seen just how quickly the current US system of clearance and settlement would be replaced by Paxos’ blockchain methodology should Paxos ever win the SEC’s blessings as a  permanent clearing agency. Operations managers at several US brokerages contacted by FinOps Report offer two possible scenarios; one is that the current clearance and settlement process would continue for at least several years before any switchover to the Paxos system occurs. Yet another possibility is that the NSCC would permanently co-exist with the Paxos system in some fashion. NSCC would remain as a middleman guarantor of settlement by verifying Paxos’ work on the blockchain platform.

NSCC wouldn’t be needed for netting, one of the benefits of the current clearing process which ultimately reduces the value of payments that must be exchanged by counterparties by at least 98 percent based on DTCC’s own estimates. Although Paxos wouldn’t net any trades during its pilot program, says its spokesperson, it does expect to provide netting services in the future should it win the SEC’s blessings to operate as a clearing agency. It remains to be seen whether Paxos will want to extend its clearinghouse functions to include debt instruments now cleared through another DTCC subsidiary– the Fixed Income Clearing Corp.

What happens to DTC in the new world of blockchain settlement? It would likely remain in its current depository role as Paxos would be clearing trades on securities which are already dematerialized on the books of DTC. That means that the securities are registered in book-entry or electronic form.

The length of Paxos’ pilot program certainly gives the US market and the SEC sufficient time to consider the merits of using blockchain as a means of settlement. Securities depositories, clearinghouses and market intermediaries — such as broker-dealers and custodians–will need to figure out their new operational roles in the new blockchain environment. DLT isn’t a four letter acronym, but it is disruptive to say the least.