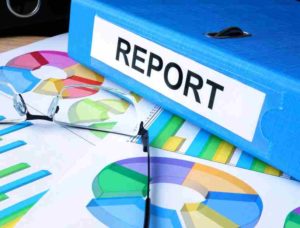 Fund managers are asking the Securities and Exchange Commission to force Depository Trust & Clearing Corp. and ICE to adapt their rulebooks to match their limited reporting responsibilities for security-based swap transactions.

The Asset Management Group (AMG) and Investment Company Institute (ICI) say that the DTCC’s Trade Repository and the ICE Trade Vault have overstepped the reporting requirements for fund managers outlined under the SEC’s Regulation SBSR. Following the rulebooks of the trade data repositories, as currently written, would cost fund managers additional expense and operational grief.

DTCC, the US market infrastructure for clearance and settlement and parent of DTCC Trade Repository, did not respond to requests for comment by deadline. Intercontinental Exchange (ICE), operator of global futures, equities and equity options exchanges and parent of ICE Trade Vault, declined to comment for this article.

“At the heart of the argument of fund managers is their desire to avoid meeting the same compliance requirements as banks and broker-dealers, because they don’t have to report the same amount of information,” explains Daniel Budofsky, a partner with the law firm of Morgan, Lewis & Bockius in New York. “Fund managers also shouldn’t be responsible for validating the accuracy of all of the data reported on a trade to a repository. In some cases, they shouldn’t even have to report some of the information.”

DTCC Data Repository and ICE Trade Vault have already received the blessing of the Commodity Futures Trading Commission as trade repositories for swap contracts, which fall under CFTC’s oversight. The Dodd-Frank Wall Street Reform Act of 2010 gave the CFTC jurisdiction over interest rate, some credit default, commodities and foreign exchange swap contracts, while the SEC oversees everything else. That far smaller “other” category included swaps based on a single security or loan or narrow-based groups or indices of securities or events.

Both the CFTC and the SEC require reporting of swap transactions to accredited trade repositories. The SEC’s rules are largely similar to the CFTC’s adopted in 2012. However, in the case of bilateral trades, or those executed outside of a swap execution facility (SEF) and processed outside a clearinghouse, the CFTC called for one-sided reporting. If the counterparty is a broker-dealer or bank then the broker-dealer or bank will do all the reporting. By contrast, the SEC didn’t let fund managers entirely off the hook even though they are considered non-reporting parties.

Passed in 2015, Regulation SBSR calls for fund managers to a security-swap transaction, to identify the specific fund counterparty, its legal entity identifier, trading desk ID code, trader ID code, execution agent ID code, parent of the fund and names of any affiliates. The information must be provided to a swap data repository within 24 hours after it is requested by the repository. It is unclear who would assign the trading desk ID code, trader ID code, or execution agent ID code.

The SEC says that it wants the information to improve its market surveillance capabilities by tracing a particular trade back to an individual trader or business unit. Although the CFTC wants the same data it expects broker-dealers or banks to retrieve it from fund managers themselves.

The AMG and ICI have interpreted the rulebooks of the DTCC and ICE Trade Vault as unfairly requiring them to become either participants or users of the trade repositories. “DTCC should provide a mechanism for asset managers to submit this limited information without having to fully on-board,” say Timothy Cameron, head of the AMG, and Laura Martin, managing director, in a letter to the SEC. “On-boarding as set forth in DTCC’s application for registration means becoming subject to the operating procedures, rule book and fee schedule, and signing a user agreement.”

Likewise, says the ICI’s associate general counsel Jennifer Choi in her letter to the SEC about DTCC Data Repository’s application, “On adopting Regulation SBSR, the Commission sought to avoid imposing onerous obligations associated with SDR membership on on-reporting sides. To avoid evasion of this objective the Commission should require DTCC Data Repository (DDR) to provide a mechanism for non-reporting sides to report the limited security swap data required by Regulation SBSR without being required to access the full range of services offered by DDR to its users (and without becoming subject to the full panoply of requirements that DDR will impose on users).”

What’s so hard about becoming a user? “The asset manager would be required to agree to broad indemnities, including in certain cases, indemnifying the repository for its own negligence, disclaim representations and warranties and pay fees that include monthly minimum charges, for which it is not clear whether they will be multiplied by the number of clients permissioned for the asset manager,” say Cameron and Martin in commenting on the DTCC’s application.

The AMF also raised the issue of paying fees for reporting to the ICE’s Trade Vault. “ICE’s requirement that each participant (including a non-reporting party) must pay a minimum monthly invoice and that both counterparties (reporting and non-reporting) to bilateral SBS [security-based swaps] and options will be charged is not appropriate,” say Cameron and Martin. “The non-reporting party does not choose the SBS DR [data repository] and is not the primary party utilizing the SBS DR’s services.”

“Regulation SBSR does not require a non-reporting side to vouch for the accuracy of the information of a reporting side,” says Choi. “It would be helpful if the [ICE Trade Vault’s] guidebook explained how error messages would be used and clarified that a participant is only responsible for resolving error messages regarding trade information submitted by that participant.”

Why would it be so hard for a fund manager to verify all the data on a particular trade? “Our members generally do not have the systems in place to monitor affirmatively trade information data reported by their counterparties for errors,” explains Choi. “Funds would need to expend significant time and resources to assume this burden, increasing costs to fund shareholders that the Commission did not intend or consider when it adopted Regulation SBSR or the SDR registration rules.”

When it comes to the amount of information that fund managers must submit, the AMF took issue with ICE Trade Vault’s requirement that asset managers acting as execution agents submit the same data as those which don’t. According to the AMG, Regulation SBSR exempts execution agents from submitting information on trading desk IDs, trader IDs or on parents and affiliates of the fund. The SEC regulation defines an execution agent as a person other than a broker or trader that facilitates the execution of a security-based swap on behalf of a direct counterparty.

The reason: multi-employer pension plans, for example would have multiple “ultimate parents.” It is not clear whether a plan sponsor should be treated as a parent of a pension plan or that swap trades down by subsidiaries of the plan sponsor or other pension plans established by that sponsor constitute trading done by “affiliates” of the plan, says the AMG.

Compliance managers at US fund management shops contacted by FinOps Report are hopeful the SEC will take at least some of their needs into account. In the meantime, they are hedging their bets by negotiating with DTCC and ICE directly. “We have no choice but to live with the SEC’s more onerous reporting requirements,” says the compliance manager of one East Coast fund management shop. “We just want the SEC to make a bad situation a little easier. At the very least, the SEC should ensure that fund managers don’t have to become full-fledged users of the trade data repositories. ”

How likely is it that the SEC will do so? “If history is any barometer, fund management firms should be prepared for the SEC to approve of the DTCC Trade Repository and ICE Trade Vault’s applications without any modifications to their rulebooks,” cautions Budofsky.

Although the SEC has not explicitly disclosed when the reporting rules under Regulation SBSR will become effective, fund managers should plan for 2017 based on two priorities. The SEC must first approve the applications of the trade repositories — a process which could take place in October 2016. Then the SEC must implement other rules governing the conduct of security-based swap dealers.