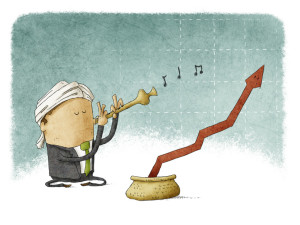 That long ago in 2007, a group of securities depositories, fund administrators and custodians launched a project to create ISO 20022-compliant message types for orders and redemptions of units of alternative investment funds. The level of adoption of the new messaging was disappointing, and it was ultimately considered a failure.

Now an updated group called the Global Alternative Investment Association (GAIA) has resurrected the initiative and hope they have come up with a winning proposition. The GAIA is composed of Euroclear, Clearstream, Depository Trust & Clearing Corp (DTCC). JP Morgan, Northern Trust and two unidentified members. The new message formats were published this week.

What makes the GAIA messages better? “The original ISO 20022 compliant messages were entirely geared to alternative investment funds, but there was limited use,” acknowledges Bill Gourlay, chief executive of the Idea Group, a London-headquartered consultancy which is coordinating the new GAIA initiative. “We have now redesigned the messages far closer to what they would be for traditional investment funds so we are expecting the uptake to be higher.”

“The SHARP project was hurt by poor timing. The financial crisis had just begun and the alternative markets space was far smaller in size and less active than today,” explains Jon Willis, chief commercial officer for alternative and investment funds network provider Calastone in London. “There were fewer transactions than in the traditional investment market with a larger value. As the alternative market grows and more transactions occur there will be a greater need to reduce operational risk involved with manual instructions.”

The timing may be better for the GAIA project than for the SHARP messages because regulators are placing more emphasis on automation and standardization in their evaluation of the operational oversight and controls used by fund managers, banks and broker-dealers. The goal of the GAIA is to eliminate the costly and error-prone proprietary emails and faxes that are often used to buy and sell units of alternative investment funds.

The new initiative has fewer participants than its predecessor — down to five members from over twenty. Initially it is also more limited in scope. The first release of new messages only addresses secondary transactions — purchase orders and redemptions executed after the initial orders and redemptions are made. However, more message types are expected to be released later.

The new messages, like the older SHARP ones, are mainly targeted toward custodian banks working on behalf of hedge funds of funds which want to transact with single-manager funds. On a monthly basis a custodian bank servicing a hedge fund of funds will typically send several hundred orders and redemptions to multiple fund administrators representing underlying hedge funds.

“The GAIA expects the new messages will start being used by year-end after testing is completed,” says Gourlay, who previously represented SWIFT for the SHARP and now serves as the GAIA’s spokesman. In addition to covering confirmations, cancellations, and contract notes, the messages will include information on the instructing financial firm making the buy or sell order, the client of the instructing party and the identification code of the hedge fund involved. The fund identifier — either a US CUSIP code, a UK SEDOL, or a code issued by the DTCC’s National Securities Clearing Corp. — must identify the fund class and the series and lots within it.

Gourlay says that global message standards and network provider SWIFT is serving as an advisor to the GAIA; however, its name does not appear in a press release announcing the GAIA initiative. The “transport-neutral” GAIA messages are designed to be transmitted through any network, including those of SWIFT, DTCC, Euroclear, Clearstream and Calastone.

As is the case with any new messaging initiative, the new message types will need some time to win industry favor. “We expect that some of our members will continue to use the old SHARP messages, some will embrace the new messages immediately, while others will wait on the sidelines until there is greater interest,” says Willis.

For Clearstream, the new message types could add operational efficiency to its enhanced hedge fund processing capabilities following its purchase last year of Citco Global Securities Services. The Luxembourg-based international securities depository has its own investment fund processing platform, known as Vestima, which did not handle purchase orders and redemptions for alternative investment funds. To close that gap, Clearstream used Citco, relying on legacy ISO 15022 message types to take in alternative fund orders and redemptions and then process them through Citco’s proprietary platform.

“The ISO 15022 message types were geared entirely toward traditional investment funds and we were then compelled to contact the client to ask for additional information relevant for alternative fund orders, such as details on the fund and the underlying beneficial owner,” explains Bernard Tancre, director of investment fund services for Clearstream. The added work naturally slowed down the processing of the orders because the extra data had to be manually input by back-office staff in Cork, Ireland into the Citco platform.

Clearstream’s rival Euroclear in Brussels is also hoping to capitalize on the new formats for its FundSettle platform, which now relies on legacy message types as well as emails and faxes to accommodate transfer agents which might not always be fully automated. Because the previous SHARP messages were not ISO-compliant and alternative investment funds didn’t use them, Euroclear never adopted them, explains Lauren Hurson, director of hedge fund product management, while emphasizing the importance of the funds industry relying on common message standards.

“Euroclear plans to use the ISO 20022 messages for alternative funds, which meld quite nicely into the existing message types used for mutual funds,” says Hurson. “We don’t need to start from scratch and can add to existing procedures which is obviously much easier to do.”