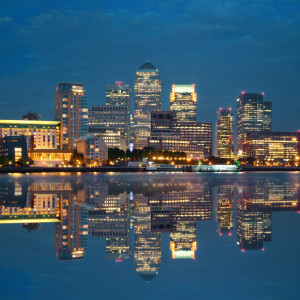 When State Street Global Markets, a unit of mega custodian State Street, first acknowledged in 2011 that it had overcharged a UK pension fund client for transition management services, its public account sounded familiar.

The bank did nothing wrong. Rogue employees, who violated bank policy, were to blame. They were dismissed and the client was made whole with rebate of the overcharge. End of story. Period.

It’s the same song sung by investment banks when so-called rogue traders made off with millions of dollars in fraudulent profits. And like all those tall tales, State Street’s initial PR spin has now come back to bite the bank. It must pay a whopping US$37.7 million fine to the UK’s Financial Conduct Authority (FCA), which uncovered far a more pervasive culture of wrongdoing when helping asset owners move their holdings from one fund manager to another or restructuring their portfolios.

There is no evidence that the FCA’s investigation of State Street is the beginning of a sweep by regulators to find evidence of wrongdoing elsewhere. But custodians and asset owners still have plenty to learn from the troubling saga laid out in the FCA’s settlement with the global custodian. Banks and others in the transition management space can’t afford to be greedy and reckless with client assets. Neither can pension plans and other asset owners afford to count on even the most prestigious service provider to take care of their best interests.

State Street is now forced to fess up that what it initially claimed were a few bad apples was really a rotten house. The UK transition management team overcharged six pension plan and other asset owners serviced by its London-based unit to the tune of $20.2 million between June 2010 and September 2011. That transgression impacted only 3.5 percent of clients but accounted for more than 25 percent of the revenue earned by the unit during that period.

Employees in the transition management unit in London didn’t think there was anything wrong in charging undisclosed markups for some fixed-income trades, because their superiors agreed and there was no one minding the ship, said the FCA. Edward Pennings, the former head of State Street’s transition management for EMEA, made the same claim before a UK tribunal court when suing State Street for wrongful termination. He didn’t win the case, but only because the court ruled that, whatever the behavior of his superiors, he was still responsible for lying to clients.

Just because a bank may have failed its clients, that doesn’t let pension plans and other asset owners off the hook for their responsibility to their investors. Transitions are expected to cost money, but they shouldn’t break the bank. The purpose of hiring a transition management specialist — custodians aren’t the only providers — is to do the job more efficiently and with less expense than it would be done in-house. Investors would be far better served if questionable practices by transition providers were identified earlier — or even before a contract is signed — rather than after the fact. The UK pension plan which called State Street to the carpet for overcharges did so after it hired a consultancy, Inalytics, to verify the bank’s fees.

Here are five proactive steps that transition management specialists and their clients can take to mitigate the potential for fraudulent overcharges, say transition management experts and third-party consultants contacted by FinOps Report last week. They may sound obvious, but they bear repeating and enforcing on both sides of the table.

Custodian banks may think their pension fund clients understand what they are paying for, but they often don’t. The most egregious errors can often take place when it comes to transitioning fixed-income portfolios — moving the portfolios from one fund manager to another or reallocating the investment mix. The reason: banks often act in the role of principal in buying and selling bonds so pension plans and other asset owners don’t see the exact commissions charged for each transaction. All they see is a markup.

Unless the custodian specifically breaks out how much they made, it’s hard for a pension plan to understand just how much the bank earned on the deal. Service providers need to be a lot more upfront on when they will act as principal, why, how much they will earn, and how clients will benefit. State Street failed to communicate with clients in a way that was “clear, fair and not misleading,” says the FCA.

State Street’s poor communications weren’t about garbled or incomplete statements. The bank actually lied about its earnings from particular transitions including its pre-trade estimates of earnings and actual post-trade reports, said the FCA. State Street also reassured clients it followed the T-Charter, a voluntary code of conduct for transition management services, designed to ensure full disclosure of fees and business practices. It didn’t.

Just why did the EMEA arm of the PSG ultimately decide to overcharge clients? According to the FCA’s account of events, the senior management of State Street’s global PSG unit faced a competitive market and potentially declining revenues. The senior management apparently decided that additional revenue could be earned from undisclosed markups — customers didn’t have to be told.

Until May 2010, State Street’s transition management unit in the UK had always earned money from commissions when trading equities and spreads when trading fixed-income securities. There was nothing wrong with the practice because it always disclosed to clients just how much it earned. Therefore, members of the PSG’s EMEA unit naturally became concerned about the new non-disclosure policy affecting specific trading revenues. However, when they voiced those worries, they were reassured by PSG’s senior management the new practice was legit. Bad move, said the FCA.

“EMEA PSG Management were prepared to accept the assurances from PSG senior management and failed to raise concerns with State Street UK’s legal or compliance functions. By doing so, EMEA PSG management gave legitimacy to this practice to more junior employees in the TM business.”

Because State Street UK really didn’t know what was going on, members of PSG’s senior management were initially able to claim that the overcharge for the first UK client who uncovered it was an inadvertent operational error; it could easily be rectified. They never told anyone about the existence of questionable, hidden markups on other trades conducted as part of the same transition. They also stayed mum about their change in business practice.

This might be the most important takeaway from the State Street saga. Don’t take the service provider’s bill at face value. “Doing double-duty work might be necessary in verifying the transition management firm’s statements,” said one London-based pension plan consultant. “Hiring a consultant and relying on internal staff to monitor the transition while it happens is the best idea.” Just as important: asking for far more detail on each trade done during the transition than the service provider offers. Even if the provider follows the T-Standard for disclosing pre and post-trade costs, the information might not be enough understand the nitty-gritty reason why particular trades cost as much as they did and whether the provider did enough to mitigate the cost.

State Street has already tried to clean up its act in the unit. It fired the alleged wrongdoers, made clients whole and in early 2012 hired John Minderides, former director of JP Morgan’s global transition management business, to lead its portfolio solutions business for EMEA. “We acknowledge [the FCA’s comments on the lack of controls] and have undertaken extensive efforts to address them,” adds a State Street statement.

State Street clearly intends to reinvent itself as a squeaky clean transition management shop, but it remains to be seen whether that will succeed. The financial damage to State Street already far exceeds the fine levied against the European transition management business. In the wake of the FCA’s fine, Ireland’s National Pension Reserve Fund has just decided to terminate a contract with State Street’s asset management arm to manage €650 million in equity assets. One of the NPRF’s clients, Ireland’s National Treasury Management Authority, was one of the six clients State Street overcharged.

Pennings’ former boss Ross McLellan, who Pennings alleged approved of the undisclosed markups, is also trying to reinvent himself as a transition management consultant with his own Hingham, Mass-based firm called Harbor Analytics. He apparently now wants to help pension plans and other asset owners avoid bad transition management contracts. Based on the white papers posted on his website, he also cautions them to be choosy when selecting their transition management providers and alert when verifying their fees.

Pension plans might mistrust the messenger, but should heed the message. If anyone does, McLellan knows just what can go wrong.